Longest serving employee in College of Engineering and Computing to retire

One of the University of South Carolina’s longest serving employees is retiring in June after 45 years on the job. Donna Ford began working for the College of Engineering and Computing in August 1972 after graduating from Midlands Technical College’s secretarial sciences program.

The job has changed quite a bit since she started. Her duties were simple at first: greeting visitors, answering phones, handling the mail and typing up tests for faculty members. Later, she began typing up class schedules and sending them to the Registrar’s Office to be printed into a course catalog for students. In 1987, Ford took over all of the course scheduling using the university’s Information Management System.

“Donna Ford has touched the life of every student, faculty and staff member in our college. She will truly be missed.”

“One of the most fun parts about registration was going down to the Coliseum,” she says. “Students would meet the faculty on the concourse level and pick up course cards for the ones they wanted to take.

“They would then bring their stack of cards to me at the dean’s table so I could make sure they were eligible for their chosen courses. Once they were approved, they would take their cards to the Elephant Room to pay for their courses.”

Elephant room? There must be a story there.

“That room was named for the elephants that were kept in it when the circus came to Columbia,” Ford says.

Ford had to change buildings only once during her long career, moving from Sumwalt College to the Swearingen Engineering Center. She has served nine deans and five associate deans and seen the number of faculty and staff grow from 46 people in 1972 to 269 today.

One of Ford’s favorite memories is from the civil and environmental engineering department’s concrete canoe competition, in which students built canoes from the weighty material and raced them against student teams from other universities. One year when the college hosted the competition, Ford was asked to participate in the race to increase the number of women competitors.

She and her student partner got a canoe that sat low in the water, and almost immediately after they got in, the canoe began to sink. Ford and the student had to swim back to shore during the competition while pulling the concrete canoe behind them. It was one of the best days at work she ever had, she says.

Much has changed since Ford started. The campus has grown and changed in ways she could never have imagined.

“You can get so much more of a wealth of knowledge from computers now,” she says.

"While the university continues to change and evolve, the College of Engineering and Computing wouldn’t have gotten to where it is today without Ford’s assistance and leadership," says Jed Lyons, associate dean for academic affairs and professor of mechanical engineering.

“Donna Ford has touched the life of every student, faculty and staff member in our college,” Lyons says. “She will truly be missed.” 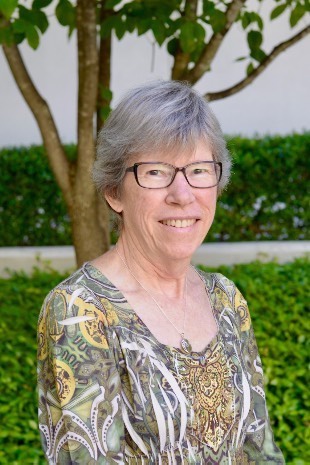 Donna Ford has worked for the College of Engineering and Computing for 45 years and has done everything from typing up tests to building the course catalogs for students.