Living with Type 2 diabetes is no easy task. Ask the 29 million people in the United States — 9.3 percent, according to the Center for Disease Control — diagnosed with diabetes what daily life is like, and they will tell you it’s full of oral mediations, insulin shots, close monitoring of blood-sugar, special dietary changes and exercises, and more. 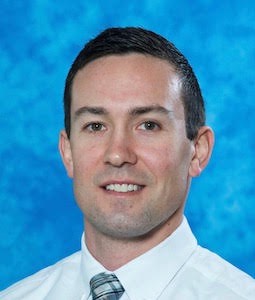 Now, thanks to Michael Gower, Ph.D., biomedical engineering assistant professor at the University of South Carolina’s College of Engineering and Computing, and Michael Hendley, a doctoral student in Gower’s USC lab, a novel, simpler approach to treating diabetes may soon become an option.

The research involves implanting a polymer sponge into fat tissue. While testing on obese mice with symptoms relating to that of Type 2 diabetes, their study showed that the implant reduced weight gain and blood-sugar levels.

“We’re approaching diabetes as biomedical engineers,” Gower says. “When people eat poorly, don’t exercise and are under a lot of stress, they gain weight. When fat stores get too large, communication with other parts of the body breaks down and can lead to diabetes. We are using tissue engineering strategies to restart that conversation.”

This isn’t Gower’s first rodeo researching diabetes therapy. While he was conducting postdoctoral research at Northwestern University, he used sponges similar to the ones in his current experiment to deliver pancreatic islets into fat pads of mice as a Type 1 diabetes therapy.

In the current experiment, treated mice did not show any negative side effects from the testing material; the material used to make the sponge is already being used in various implantable devices such as stents and sutures. Thanks to their beginning successes, Gower and Hendley can now begin to pinpoint why this sponge reduces fat and lowers blood glucose levels so they can fine tune their approach and make it more effective.

“I think what’s really exciting about this work and its implications is that we’re looking at how implanting this biomaterial in fat tissue, which has the ability to communicate with other organs, is affecting the whole body,” says Gower.

The researchers presented the results of their study at the 254th National Meeting & Exposition of the American Chemical Society (ACS) in Washington, DC, August 21-23. ACS is the world’s largest scientific society.