Despite distance, CEC students find support system in each other

“Especially last year when we first started going through this, you had everybody going home. Nobody was really going out and seeing other people. There was this whole national mental health crisis and obviously college students weren’t excluded from that,” said chapter president Alex Grant. “For us, having meetings said, ‘Your sorority is still here for you,’ and also provided that sense of normalcy still meeting every week so that there is some sort of routine in this new normal.”

The sorority is relatively new on campus, as it only officially became the Beta Psi Chapter on April 27, 2019. However, this short time has been put to good use, as the chapter won the Student Organization of the Year Award last school year.

Obviously, adjusting to virtual programming created new obstacles for an organization based around meeting people.

“Our support group is really what had to kick in during COVID. We were less focused on community outreach and more focused on our girls,” Grant said. “How are they adjusting and what can we do to support them?”

Integrated information technology Instructor Sharon Gumina began working with AOE in 2019 and worked to promote leadership among chapter members in her time as advisor.

“It's a sorority, so it's not just a professional organization, it's also a social organization where women that are in STEM and often the minority in their classrooms, particularly in computing, have a place they can go to where they are no longer a minority,” Gumina said.

Gumina received an award for student organization advisor of the year in 2020 for her consistent support and leadership in the face of the pandemic.

“Elizabeth Thompson was the president of the sorority, and at that time I was attending their meetings every Sunday evening. I would go to Swearingen and join them personally to support them, and I think as a result of that she nominated me,” Gumina said. “I was very honored to receive that.”

Currently, the chapter is holding weekly meetings in person, as well as virtual professional development and philanthropy events.

“We have had sisterhood events that for the most part we've been able to maintain in person, whether that be splitting up into small groups or having times that you can come up so we’re not all there at once,” said Vice President Lauren McAbee.

“My main goal for this semester personally was to continue to focus on mental health, because that piece hasn't gone away for a lot of us,” Grant said. “And I know what the sorority has done for me when I've been struggling with my mental health. I want to make sure that everybody knows that it's okay to talk about it.” 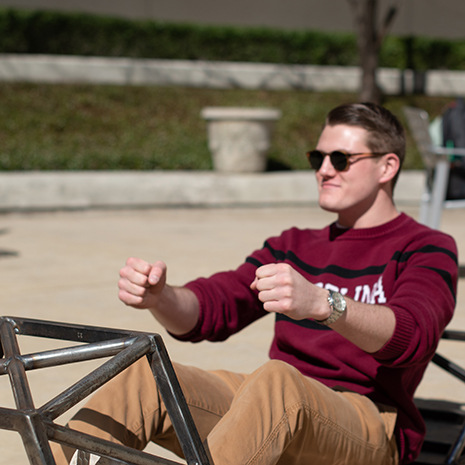 After three years of hard work and 844 miles of travel, Jack Hannum and his team of 36 fellow students will represent the UofSC CEC as ‘Gamecock GP’ at the Formula SAE competition in Toronto, Canada. 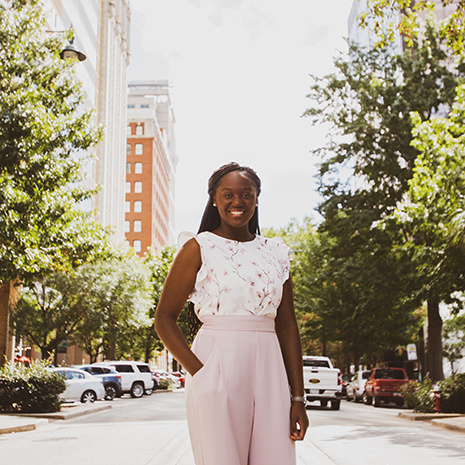 Andrea Ogunleye graduated in 2019 with leadership distinction in professional and civic engagement and global learning. The college was able to sit down with Andrea to hear her thoughts on the GLD experience and the benefits it provided her.

Read the Q&A with Andrea