Chemical Engineering Research Assistant Professor Paul Coman was one of two recipients of the Electrochemical Society (ECS) Battery Division Postdoctoral Associate Research Award. In addition to receiving a monetary award, he is invited to discuss his contributions and research related to the award at the 242nd ECS Meeting in Atlanta from Oct. 9-13, 2022.

Coman was nominated by ECS member Ralph White, a professor and Westinghouse Distinguished Scientist in the College of Engineering and Computing Department of Chemical Engineering. In his nomination letter, White focused on Coman’s work on improving safety in lithium-ion batteries. This included preventing thermal runaway in batteries, a dangerous chain reaction that occurs when the temperature inside a battery reaches a point that causes a chemical reaction and increases the temperature by producing more heat. White also referenced a 2016 article on thermal runaway in which Coman was the lead author and has received more than 100 citations.

“I nominated Paul for this award because he is a gifted battery engineer who has been able to make significant advances in improving the performance and safety of battery cells and packs,” White says.

“It's an acknowledgment of my contributions, which put more value into my work and the impact on the entire scientific community,” Coman says. “It was nice to see that people from China, Germany, England, Japan and other countries around the world used my paper as a base model for their work. That was important, and then this award adds more value and appreciation to my work.”

Sponsored by the MTI Corporation and the Jiang Family Foundation, the award was established in 2016 to encourage excellence among postdoctoral researchers in battery and fuel cell research and to recognize recent achievements or contributions to the field that can be expected to have an impact on future research and development. 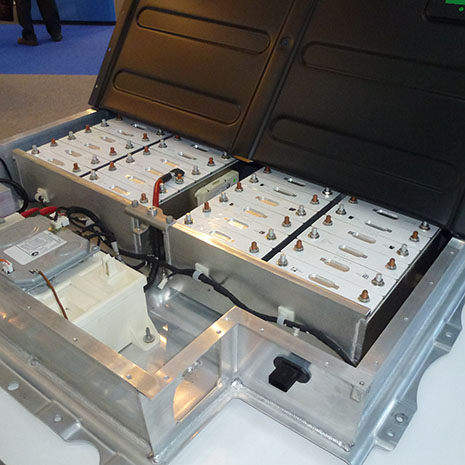 As the number of electric vehicles continue to increase worldwide, CEC researchers have discovered the possibility of fires or explosions when operating or storing batteries in cold temperatures.

Learn more about improving the safety of EV lithium-ion batteries. 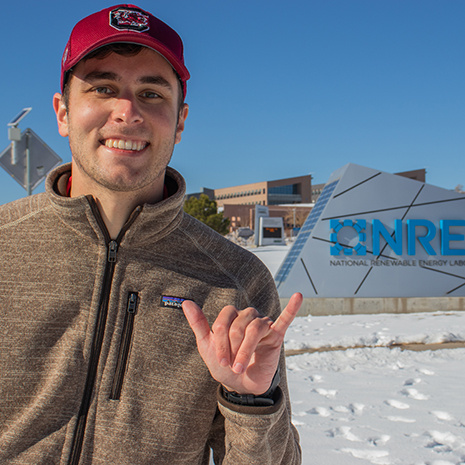 Drew Pereira is contributing innovative ideas and game-changing technologies to things like electric vehicles and renewable energy with his doctoral research. But now, the impact of his work is being recognized not only within UofSC, but by national laboratories.