Preparing for 100% renewable energy with new grid and inverter systems

The Biden administration has pledged to create a carbon-free energy sector by 2035, and researchers are confident that the U.S. can achieve 100% renewable energy by 2050 with no blackouts and at lower costs than the existing electrical grid. To help increase the number of renewables, Electrical Engineering Distinguished Professor Adel Nasiri is working to develop highly compact, efficient and low-cost architecture for a medium voltage grid.

Nasiri’s research, “Compact, High-Power, Direct Medium Voltage Solar PV Inverter,” started at the beginning of this year and is funded by the Department of Energy (DOE). Part of the research is the construction of a photovoltaic (PV) inverter system that connects solar panels directly to a medium voltage grid. The PV inverter creates power with energy directly from the sun by converting direct currents flowing in a single direction into alternating currents, which is the flow of electricity in both directions. The final inverter system will be one megawatt, divided into low and medium voltage subsystems, and require a significant amount of solar PV.

“There are other types of renewables out there right now. Wind energy is much larger; however, solar PV has the largest growth and a large portion of generating energy must be solar PV by 2050,” Nasiri says.

Until recently, only solar panel rooftops generated solar PV, but they did not provide the necessary level of penetration. A transformer must be installed when solar PV is integrated and connected to a higher grid voltage level, increasing costs for an additional system.

“Our project takes the solar PV at low voltage and directly connects it to medium voltage using power electronics converters. This allows us to basically remove a large segment of energy conversion or space and weight,” Nasiri says. “The facility choice becomes fairly compact and directly connected to an output of 13.8 kilowatts, which is grid entry level and allows for more penetration.”

This solar PV inverter creates higher efficiency of the conversion without the need for a transformer. Power can also be exported from a lower amount of voltage to extend the range for the solar PV.

“The manufactured cost for a 1,000-kilowatt system must be less than 2.9 cents per watt, which is crazy low. Our one-megawatt system will cost about $29,000,” Nasiri says.

Ph.D student Parth Bhuvela completed the transformer design and modeling of the system. He also successfully tested the controls at low voltage before running it directly into the grid.

“We wanted to transfer some power from the PV side to the grid because that’s what we wanted to model first and then moved up gradually to 13.8 kilovolts to adjust our controls and get to the desired power levels before transferring it,” Bhuvela says. “Using simulation, we’ve already transferred one megawatt of power from solar PV to the grid side. The next step should be to implement the hardware, connect it to a grid and test it.”

“We have two parts for the medium voltage side, the diode rectifier at the output of transformer and the unfolding inverter which is directly connected to the grid. They are all at medium voltage, and I’ve selected the devices for both parts and making a layout,” Tran says. “We also need to focus on the output capacitor because with a medium voltage device, the availability is very low in the market, so we are doing comparison research and selecting a proper one for our project.”

Nasiri’s research originated from a previous project connected to the National Science Foundation Center on Grid-Connected Advanced Power Electronic Systems at the University of Wisconsin-Milwaukee, where he served as site director. Nasiri’s research team built a low voltage model system that he brought with him to the College of Engineering and Computing. But his current research will build a transformer at the University of South Carolina’s McNair Center that will increase the grid to 13,000 volts. The converters will then connect to the higher voltage grid.

Nasiri does not consider his current work as an extension of his previous research due to an increased voltage level, new design and other component changes. Instead of a scale up, it will almost be an entirely new system.

“We previously built the topology, controls, and determined how this would work. Those results became the proposal that went to the DOE,” Nasiri says. “After the medium voltage transformer is built and tested, we’ll connect it to the grid for additional building and testing.”

Milwaukee-based Imagen Energy, LLC is Nasiri’s industry partner. Imagen will provide feedback and help begin the design transfer, conduct cost analysis, and establish a price point for the complete system. The results of Nasiri’s research will be applied and commercialized long before the 2050 goal of 100% renewables.

“The [DOE] department that funded our work is called Energy Efficiency and Renewable Energy. They expect us to find someone to commercialize our work within the next five-to-10 years, which is part of the proposal,” Nasiri says.

While solar generation continues to see a significant increase, progress must still occur in hardware, controls and integration before 100% renewable energy is a reality.

“This project contributes to system size, efficiency and connection to higher grid voltage,” Nasiri says. “Although residential and commercial installations are important, significant solar penetration can only happen if large grid-level systems are developed.” 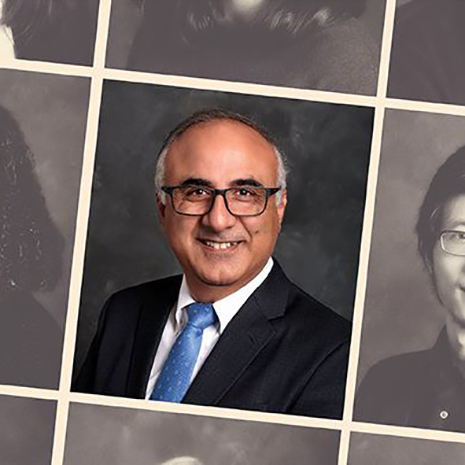 Adel Nasiri joined the university as a distinguished professor of electrical engineering in 2021, following a 16-year career at the University of Wisconsin-Milwaukee. His research on energy conversion, microgrids and batteries has taken on added import as sustainability, efficiency and resilience efforts ramp up during the age of climate change. 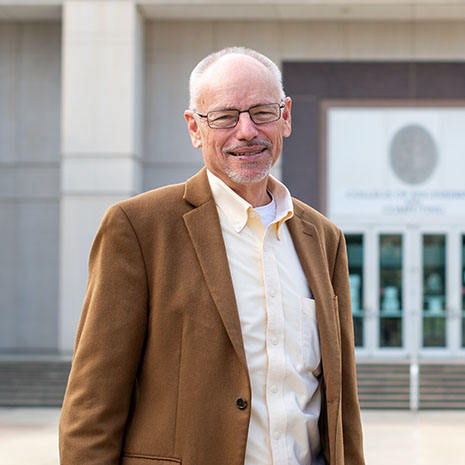 More about our research with the Navy 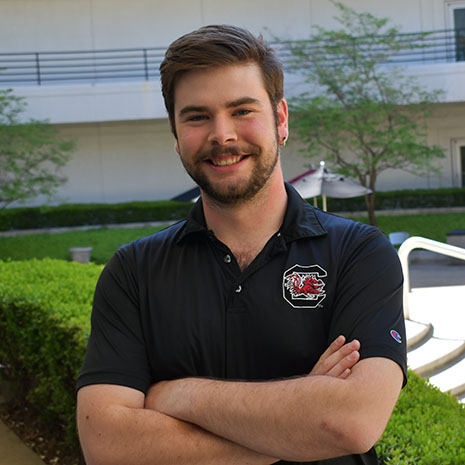 Jared Cronin was recently awarded a highly competitive fellowship from the Department of Defense that will help assist his continued research and development of U.S. Navy power and energy systems.