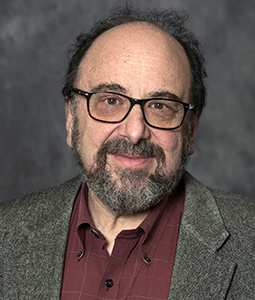 The main research topic of our laboratory is the role of the CDK8/19 kinase in transcriptional reprogramming in the context of cancer, aging-associated diseases and inflammatory and viral diseases. CDK8 and CDK19 are closely related members of the cyclin-dependent kinase (CDK) family that, unlike some other CDKs, do not regulate cell cycle progression. Instead, CDK8 and CDK19 are alternative components of the regulatory module of the transcriptional Mediator complex, where they interact with their regulatory subunit Cyclin C and the proteins MED12 and MED13.

The principal function of CDK8/19 is to potentiate the activity of transcription-initiating factors by enabling the elongation of transcription of newly activated genes. CDK8 is an oncogene that potentiates many pro-carcinogenic transcriptional pathways, but CDK8/19 inhibition has little effect on cells or organisms under homeostatic conditions. Using chemical genomics, we have identified CDK8/19 as the key “druggable” mediator of the induction of various cytokines implicated in cancer, inflammation and aging-associated diseases, in cells undergoing damage response or senescence. We have developed the first selective small-molecule inhibitors of CDK8/19 and we are using these inhibitors to study the role of this pleiotropic transcriptional regulator in different pathological processes and especially cancer growth, metastasis and resistance to therapy. We are also studying the mechanistic aspects of the interaction between CDK8/19 and different transcription-initiating factors.