Seven scholars considered rising stars in their academic fields have been named 2019 Peter and Bonnie McCausland Faculty Fellows at the University of South Carolina College of Arts and Sciences.

The McCausland Fellowships were created as part of a $10 million gift from Carolina alumnus Peter McCausland (’71) and his wife, Bonnie, in 2013 as a way of retaining and cultivating scholars who are leaders in their academic field and are committed and creative teachers. Fellows must be within 10 years of earning their doctoral degrees.

“The College of Arts and Sciences is dedicated to recruiting and retaining faculty members who are or will become nationally and internationally known as leaders in their respective fields,” says Dean Lacy K. Ford. “As we drive advancements in research, discovery, creative activity and learning in today’s global economy, it’s critical for the college to recognize and support exceptional scholars within our own ranks. This latest class of McCausland Fellows showcases the breadth and depth of an art and sciences education, which combines the wisdom of the ages with the spirit of innovation to address the challenges of the 21stcentury.”

The fellowship runs for three years, and this year’s class joins colleagues whose terms continue through 2020. Meet our newest McCausland Fellows below and learn about all previous honorees.

Given the current obesity epidemic and the link between obesity and increased risk for diseases like type 2 diabetes and cancer, Armstrong hopes the research performed in her lab provides a better understanding of the role fat cells play in controlling normal and abnormal physiology. The Armstrong Lab uses the model organism Drosophila melanogaster—commonly known as the fruit or vinegar fly—to investigate how distinct nutrient sensing pathways function in fat cells to regulate the well-characterized stem cell-supported ovary.

In addition to her research, Armstrong teaches fundamental genetics and a seminar-style course on adult stem cells and physiology. As part of her personal and professional commitment to recruiting and retaining underrepresented groups to the sciences, Armstrong participates in several outreach activities involving students from elementary to graduate school.

An architectural historian and historic preservationist, Brandt is known nationwide for her expertise on George Washington’s Mount Vernon and the Colonial Revival and the remembrance of America’s early history through material objects and architecture. Her book “First in the Homes of His Countrymen: George Washington’s Mount Vernon in the American Imagination” was published by the University of Virginia Press in 2016.

Brandt is a dedicated advocate for local history and preservation and has authored or co-authored National Register of Historic Places nominations in Virginia, South Carolina and Illinois. She is one of three professors at the University of South Carolina who led the campaign for a monument to the university’s first African American professor, Richard T. Greener, erected in early 2018.

Jelly-Schapiro writes about and teaches contemporary literature, within a global and historical frame. His first book, “Security and Terror: American Culture and the Long History of Colonial Modernity,” was published by the University of California Press in May. His articles and essays have appeared in a variety of scholarly and popular venues, including “Critique,” “Mediations,” “The Journal of American Studies,” “Transforming Anthropology,” “The Los Angeles Review of Books,” “The Millions,” “The Chronicle Review,” “Transition,” and “The Nation.”

He has recently begun work on a second book project, which explores how the multiple temporalities of contemporary capitalism are figured in fiction and theory.

Metcalfe’s research focuses on criminal case processing, developmental patterns of crime from adolescence to adulthood, and public attitudes toward crime and the criminal justice system. She has explored the influence of courtroom workgroup familiarity and similarity on the plea- bargaining process, the intermittent nature of offending behavior, and the correlates of support for punitive policy approaches and policing initiatives. She has also conducted research in Israel regarding ethnic threat, support for conciliatory solutions and perceptions of the police.

Rodney’s research is centered around the use of gravitational lensing to study distant stars that are magnified by the curvature of space.  He recently was part of an international team of astronomers who used this technique with the Hubble Space Telescope to study the most distant star ever seen. Rodney is now part of a NASA-funded project aiming to locate stellar explosions so far away that their light has taken some 10 to 13 billion years to reach Earth.  He is working with USC undergraduates and doctoral students to build software and design survey strategies for the James Webb Space Telescope, which launches in 2020, and the Wide Field Infrared Survey Telescope, scheduled for the mid-2020s.

In 2018, Rodney was recognized with the university’s Garnet Apple Award for teaching excellence.

With these grants, Yee has created and implemented professional development for experienced graduate students to mentor novice graduate students in teaching, thus generating a community of practice around teaching

Ziolkowski leads a dynamic lab of graduate and undergraduate students on research topics related to climate change in the polar regions and life in extreme environments. Her efforts have included field work in Antarctica, as well as several other Arctic locations. Ziolkowski is also passionate about sharing her knowledge about climate change through undergraduate teaching of both large non-major classes and science majors alike.

Her research has garnered international recognition as she was recently named the Baillet Latour Fellow, a Belgian initiative that provides young scientists with the opportunity to conduct research in East Antarctica. She also was recently name a USC Breakthrough Rising Star. 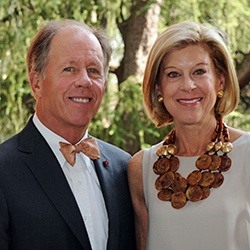 The McCausland Fellowships were established as part of a $10 million gift from alumnus Peter McCausland and his wife, Bonnie. An accomplished business leader and philanthropist, McCausland delivered remarks at the university's spring 2018 commencement.

Seven Arts and Sciences faculty members were selected for the honor because of their research and creative teaching accomplishments. They represent the arts, humanities, mathematics, natural sciences, and social sciences.