Four graduate students at the University of South Carolina are starting research with their sights set on healthier waters, more stable sand dunes, and a stronger food chain.

They are receiving the F. John Vernberg Bicentennial Fellowship, which supports research projects at the university’s Belle W. Baruch Institute for Marine and Coastal Sciences. In the coming months, they will collect data to help with further research and natural resource management.

The researchers have unique perspectives driving their curiosity.

The beginning of the food chain

We often overlook these simple and small things that can have a profound impact through the whole ecosystem.

Originally from Bangladesh, Nayan Mallick remembers seeing many people rely on day-to-day fishing for their economic survival. Now a PhD student in the Department of Biological Sciences, he is exploring how climate change affects some of the smallest life in the ocean, and how that impacts humans.

Mallick is studying zooplankton, microscopic organisms that float freely in the ocean. Despite their small size, they play a big role in life on earth.

“We often overlook these simple and small things that can have a profound impact through the whole ecosystem,” he says. 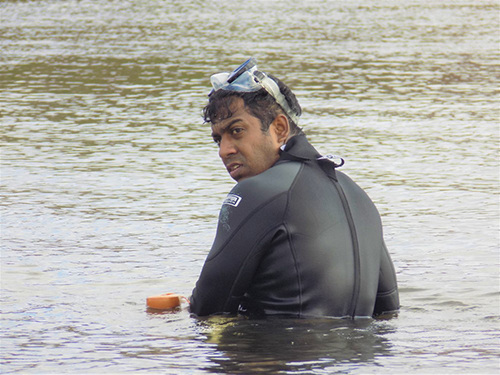 Mallick believes warmer temperatures and higher carbon levels in the ocean would make zooplankton smaller. To test that hypothesis, he’s digging through nearly 40 years’ worth of data that the Baruch Institute has kept about zooplankton in the North Inlet Estuary.

He also will run tests in a lab with fish tanks to see how fish respond to different sizes of zooplankton. He says some fish are suited to eat only a certain size of zooplankton, so a size change could impact the ability of fish to eat. That reverberates up the food chain.

“This is a tremendous opportunity to study the natural changes in zooplankton and how their trend will be changing in the coming years,” he says.

Heather Kish, a marine science master’s degree student in the School of Earth, Ocean, and Environment, says there is plenty to learn about salt marshes, which are coastal ecosystems that are flooded at high tides. She is especially interested in the role they play in the ocean’s processing of carbon. 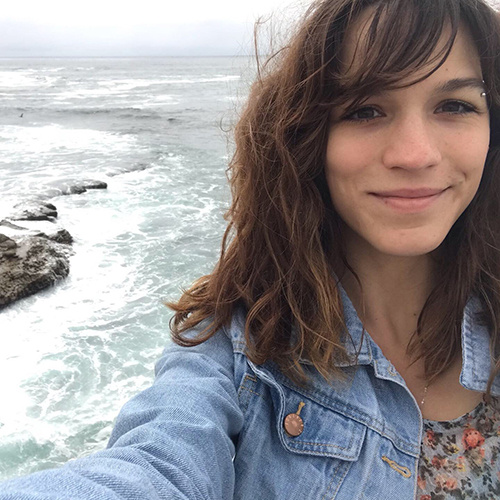 She calls the ecosystems “hotspots of biological activity.” When tides go out, they carry carbon and nutrients out of the salt marsh and into the ocean.

“You have CO2 that comes in from the atmosphere, but you also have a lot of organic matter that dissolves from the marsh," Kish says. “That supports life further on out in the ocean.”

Kish is studying the way salt marshes in the North Inlet Estuary export carbon to the ocean. One of her chief goals is to verify better methods for measuring carbon transfer so she and other scientists can study the process further. She will take frequent water samples to analyze, but she’ll also use water monitoring equipment installed in the water and some experimental methods to run tests.

“It's really important to understand how a salt marsh works, because these are really valuable ecosystems that are important for all kinds of wildlife,” she says. She hopes her research will help natural resource managers conserve salt marshes and keep them healthy.

Curtis Szewczyk, another marine science student, is studying how nutrient pollution and climate change impact oxygen levels in lakes and rivers. If dissolved oxygen drops too low, fish and other wildlife could die. That has downstream effects for recreation and the health of the river’s ecosystem.

Dissolved oxygen problems are sometimes traced to fertilizers and other pollutants that bring nutrients into the water and cause phytoplankton blooms. When the phytoplankton die and decay, oxygen decreases.

“Whenever the phytoplankton are being eaten by other things, that respiration takes up oxygen,” Szewczyk explains. 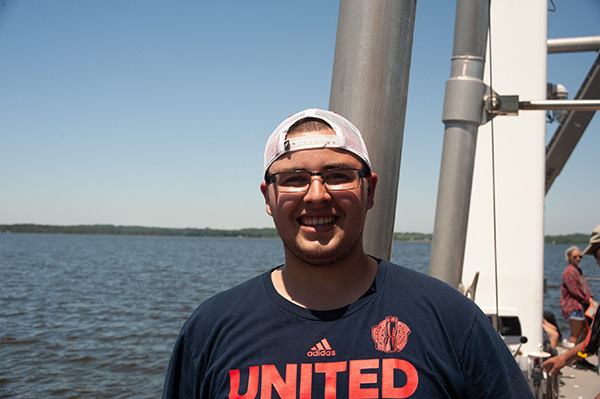 But temperature plays a role, too, because respiration happens more quickly in warmer waters. That means a hotter planet could cause oxygen level changes that natural resource managers need to prepare for.

For the next two summers, Szewczyk will sample water from the Waccamaw River, which has had dissolved oxygen deficiencies, as well as stormwater detention ponds and wetlands. He will test the samples to record temperature, nutrients, oxygen levels and other data.

"We'll be able to look at these measurements and see how temperature sensitivity and nutrient sensitivity drive this impairment of dissolved oxygen,” Szewczyk says. 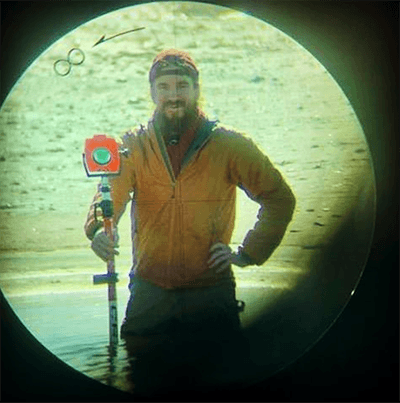 But those who study and manage coastal regions need better ways of predicting dune growth or dune loss, Tereszkiewicz says. That prediction requires data on wind speed and vegetation coverage, and both of those measurements have problems.

“Traditional methods for monitoring vegetation are subjective,” he says. “You look at a one-meter-by-one-meter block and try to estimate with the human eye the percent coverage,” which introduces the chance for human error. “There's the opportunity to get a better quantified estimate of vegetation coverage.”

It gives you a more accurate picture of how fast your dunes are growing, and how fast they can recover.

This summer and fall, Tereszkiewicz will run a study at the Baruch Institute to test another way of taking this data. He will use reflective sensors to measure vegetation density. Anemometers installed close to the site will measure wind speed.

If the reflective sensors and more local wind-speed data help predict dune growth, then coastal region managers will have more accurate data about their dunes.

Tereszkiewicz hopes to repeat the experiment on a larger scale beginning in the winter.

“If you understand this vegetation-sediment interaction and you understand the dormancy and growth rates of the vegetation, it gives you a more accurate picture of how fast your dunes are growing, and how fast they can recover," Tereszkiewicz says. “The more we understand about these systems, the more we can predict our sediment budgets going forward.”

The fellowship is named for F. John Vernberg, a retired University of South Carolina professor and the founding director of the Belle W. Baruch Institute for Marine and Coastal Sciences. He served as director for 27 years, and he was the driving force behind the creation of the university’s interdisciplinary marine science program. His scientific contributions have helped advance numerous aspects of the marine ecology and coastal sciences fields, and his pioneering efforts promoted and expanded the concept of sustainable resource management within and beyond the state of South Carolina.