When Luther Battiste ’71 watched his daughter Jade graduate from the University of South Carolina, he was proud of her and her major — African American Studies.

The major didn’t exist when Battiste enrolled at UofSC, but he was one of several students who demanded that UofSC expand the curriculum to include the African American experience. A minor was added just after he graduated, setting the stage for his daughter’s major nearly five decades later.

“I cannot tell you how satisfying it is for me to have the process come full circle and have my daughter graduate from the program,” Battiste says.

This fall marks 50 years since Battiste and his friends succeeded in convincing UofSC to create the African American Studies program. And while students, faculty and staff will celebrate throughout the academic year, the program would not have existed without the enduring efforts of their predecessors decades ago.

The program grew out of the Black Campus Movement, when colleges across the nation began taking a studious look at the Black experience. But UofSC was a deep-south holdout without African American Studies courses in the late 1960s.

Battiste met his roommate Harry Wright in 1967, and the two quickly became close friends and mentors. Together with a group of fellow advocates, they formed the Association of Afro-American Students (AFRO) to promote African American heritage and create a safe space for Black students on campus.

As far as our faculty and students are concerned, 50 years is just the start.

A year later, Battiste and Wright became involved with the Curriculum Revision Committee for the College of Arts and Sciences. Along with international studies professor Bruce Marshall, the three toured university campuses across the country to witness how other colleges were progressing with Black studies programs.

“We advocated for an African American Studies Program,” Battiste says. “We did research on what other colleges were doing and travelled to meet with students, faculty and administrators at the University of North Carolina and Duke. We found the best program to be at Yale University. We travelled to Yale and met with students, faculty and administrators.”

The final program proposal was completed and ratified in the summer of 1970. The Black Studies subcommittee — with the help of Battiste, Wright and Marshall — selected Willie Harriford, a former archivist at the Harry S. Truman Presidential Library and the Martin Luther King Center in Atlanta, Georgia, as the program’s first director.

The new director’s hopes for the program to be “an opportunity to foster interracial dialogue and encourage rigorous, empirical analysis of the Black condition in South Carolina and the broader region,” as historian Ramon Jackson writes, were dampened by understaffing and a general lack of confidence by parents in the program’s validity. It being offered only as a minor, many wondered if African American Studies was worthy of lifelong study.

To combat questions of the program’s viability, Harriford stressed its interdisciplinary nature. He had faculty from other departments cross-list courses relevant to the Black experience.  Grace Jordan McFadden, the first African American woman professor in the College of Arts and Sciences, taught history classes that were popular with Black and white students. Harriford emphasized to students and their parents that African American Studies scholars would have as many opportunities available to them as those in other humanities disciplines.

Now 50 years later, Battiste says he is proud of the program he helped build.

“I have watched the program develop from a distance with great admiration,” Battiste says. “I am so pleased to see the continued maturation of the program that has produced outstanding alumni who are making a difference.”

To celebrate 50 years of African American Studies at UofSC, special events will be held throughout the year to highlight the cultural and historic importance of the African American experience. Upcoming events include a virtual launch party on Sept. 15, a homecoming tailgate on Oct. 16 and a trip to the Pearl Fryar Topiary Garden in Bishopville on Nov. 20. All events will require registration and will follow the university’s COVID-19-relaed health and safety protocols.

“Scholars of the AFAM Studies program come away from this University with an education that includes the study and research of African American experiences, struggles, and triumphs. As far as our faculty and students are concerned, 50 years is just the start.” 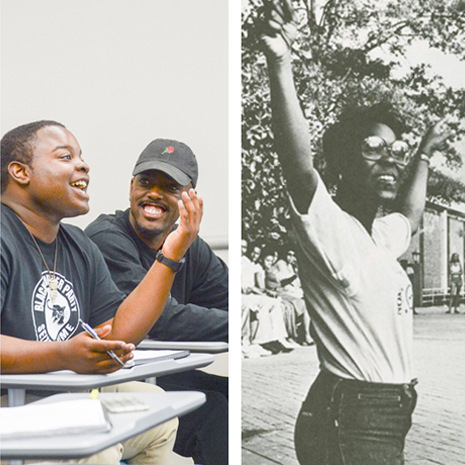 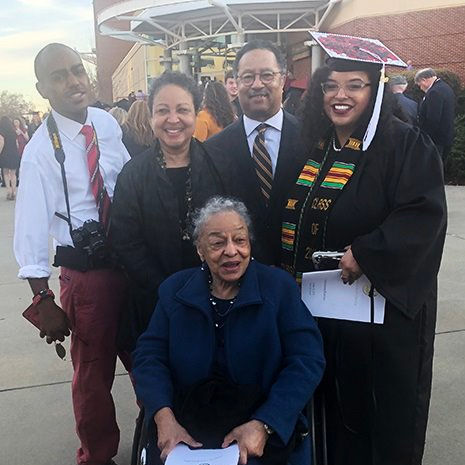