One online class this fall changed Amber Infante’s life by helping her change someone else’s.

Infante, a criminology and criminal justice major at the University of South Carolina, wants to work with youth entangled in the criminal justice system. She had been planning to pursue law school.

“My heart is really toward juveniles in the criminal justice system,” she says. “I want to have a positive impact not only on their lives in the system, but also on the system itself.”

She signed up for Fall 2020 courses a little late, but that led to a moment of serendipity. One of the few classes that worked with her schedule was Tia Andersen’s Adolescent Mentoring Program course. Infante read the course description and knew it was for her.

“I’ve said over and over again that it must have been meant to be,” Infante says.

I want to have a positive impact not only on their lives in the system, but also on the system itself.

The course teaches students a mentorship model based on positive youth development, which, according to Andersen, builds on strengths and positive interests rather than focusing on negative behaviors that might need remediation.

“Rather than focusing on negative behaviors, we are entirely focused on building them up and helping them set both long-term and short-term goals," Andersen says. “When we build kids up, those negative behaviors that we want them to avoid, those naturally fall away.”

After teaching the mentorship model, Anderson pairs her students with high school students at New Bridge Academy, an alternative school in Lexington County, South Carolina. The mentors work with the mentees for 10 weeks. At the end of the semester, the mentors move on to the next class, and the mentees go back to their home schools. But often they stay in contact with one another.

Karen Hunter, the counselor at New Bridge Academy, says the UofSC mentors are role models for her students. Even though it’s a short-term mentoring partnership, it can have long-term influence. For example, she mentions a student who had nearly given up on school, but who now plans to attend college.

“You’re planting a seed,” Hunter says. “If you can just plant a seed, that can be the seed that could turn that student’s life around.”

The COVID-19 pandemic forced several adjustments this year. The mentoring program this spring was cut short when schools throughout South Carolina shifted online.

Over the summer, Hunter worked with her principal to find a way to make the program happen in the fall using an online meeting platform. Andersen shifted her course online, too.

But would mentoring work when mentors and mentees weren’t even in the same room?

That took some trial and error.

“We had to find our way thru this virtual world and make it work for us,” Hunter says.

Infante says the group had some technology glitches. Then, it was difficult to connect in larger group sessions, where the mentors taught various life skills, so they eventually dropped the group sessions in favor of one-on-one talks. Then, she still had to build rapport with the two girls she is mentoring.

But she can tell that their time together is fruitful. “You can see while we're talking that they're excited and that they get it,” she says.

This is the hardest class I've ever taught. But to have such a dramatic impact in the life of my students … has been such a delight.

Infante likes that the program helps the teens learn how to make better decisions, rather than having better decisions dictated to them. “We use prompts to help the person that we're mentoring come to a conclusion on their own," she says. “We're prompting them until they see what the better path for them is."

Marcus Borbor, another student in the mentoring course, says he found out he had a lot in common with the mentees. He was impressed to see how much they wanted to talk about college and jobs, long-term goals that were sometimes fell by the wayside due to short-term situations.

“We're trying to develop plans for them to look more towards the future," Borbor says.

This class made Infante a firm believer in the positive youth development theory because she sees It working. She says the teens show great potential.

“My hope for them is that they don't get caught in a trap of being labeled,” she says. “They can do things. They have talents. They're smart, and they're willing to work hard.

“I just want for them to be able to do whatever they want to do in their life.”

As for Infante’s life goals, this course held sway. She recently added a minor in social work. She wants to focus on getting youth onto a path that leads away from trouble.

“I realized that while I do want to be in the criminal justice realm, but I want to advocate,” she says. “I want to get in at the ground level and see if I can make an impact before a kid is thrust into a system that they can't get out of.

“Maybe law school will still be down the road for me, but I think social work and advocacy is going to be where I go.”

Andersen says she has had a lot of students like Infante. The mentoring program often gives them clarity about their career aspirations. Meanwhile, preliminary data shows that the teen mentees have positive outcomes, too.

“This is the hardest class I've ever taught,” Andersen says. “But to have such a dramatic impact in the life of my students, and also to have the support of the students, has been such a delight.” 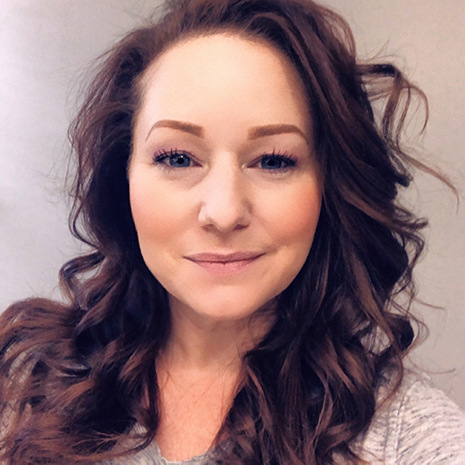