If you think living away from the coast keeps you safe from climate change and rising waters, think again.

New research from a University of South Carolina scientist shows that rising rivers pose a danger, too, both at the coast and farther inland.

Steve Dykstra, a post-doctoral research fellow in the School of the Earth, Ocean and Environment, says scientists need to pay more attention to how climate change is affecting rivers  and what that means for those who think they are safe from coastal flooding.

Why it matters: Destructive coastal floods are occurring more often and may be caused by climate change. Dykstra says river processes are largely ignored in the conversation surrounding coastal flooding, but they need more attention.

Dykstra’s research, co-authored with Brian Dzwonkowski, is a regional look at precipitation, river levels and river discharge in the Northeast Gulf of Mexico. It is the first to show how:

•      Larger amounts of precipitation move faster downstream to the coast. This results in more river flooding and a greater likelihood of compound flooding — a flood where ocean storm surge mixes with river discharge.
•      Compound flooding events are largest inland, where tides become small and disappear. This phenomenon puts people who live near inland rivers in danger.
•      Coastal flooding will likely increase as the climate continues to warm and intensify precipitation.

The warming atmosphere can hold more water and causes more intense precipitation. Dykstra shows that this affects entire watersheds down to the coast, a region where river floods were previously thought to play a minor role.

Dykstra is working to close this gap. He says an important part of understanding flood risks is taking an approach that changes through time. He looked at 90 years of river data and 120 years of precipitation data to piece apart the natural river processes from those caused by climate change.

What Dykstra says can be done:

The bottom line: River processes contribute to coastal flooding and should be included in discussions surrounding how climate change impacts flood risks. 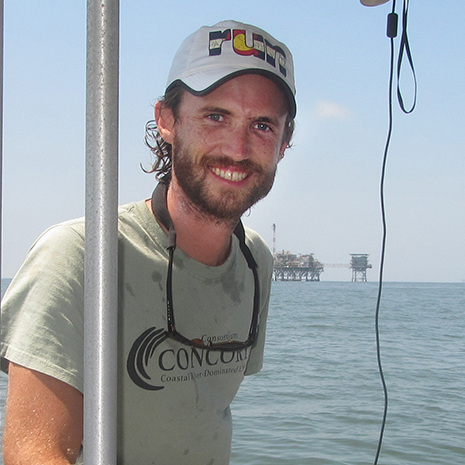