A 'knack' for production

Jessie Knaak is a 2010 broadcast journalism alumna. She now works as a producer for the Baltimore Ravens.

What do you do in your current job?
I’m a producer for our in-house video department (Ravens Productions) for the Baltimore Ravens. Our department is made up of eight people, including myself, along with two full-time interns. I produce one of our three weekly TV shows during the season (Ravens Unscripted), as well as produce/edit/conduct interviews for our daily and weekly video content on all our platforms. We’re in charge of all the video content about the Baltimore Ravens, as far as player features, press conferences, our tv shows, marketing events, community events, player/coach interviews, social media videos, game day videos (hype videos) for the JumboTron (aka RavensVision), etc. You name it, we film it and edit it! I also do some on-camera work on our social media platforms.

What’s the most interesting or significant thing you’ve done since graduating?
The most significant thing I’ve done since graduating would be joining the Baltimore Ravens. I’m currently in my fifth season in the NFL and have won four Emmy Awards with Ravens Productions. I never in a million years ever thought I would win an Emmy Award, let alone even be nominated for one! I’m surrounded by the most incredibly talented team who challenges each other every day to be the best production team in the NFL.

What are you passionate about in your work?
My favorite part about my job is the storytelling aspect of video. When we’re able to do long-form features that really dive into a player and who they are off the field, that’s exciting! It’s a challenge to properly show a different side of these players that fans at home want to know and can relate to, and to keep it interesting to the viewer for the entirety of the feature.

What did you learn while in school at the CIC that still resonates today?
Senior semester will always be my favorite semester of college!  We were taught so many different production roles, from how to properly film an interview to reporting on the weather. ALL of them were valuable! We learned how to make and meet deadlines, find your storylines, and were pushed to try something NEW every day that was outside of our comfort zone. The experience and memories I gained in that one semester is truly unforgettable.

Do you have a favorite professor or a favorite memory from your time at the CIC?
My favorite professors were the senior semester trio: Harvey, Dick and Rich. Their combined knowledge of the news production world was so impressive. Our senior semester class was one of the closest groups I’ve ever been a part of — we were our own family away from family, which made all the long days and hours so much fun! I will never forget the amazing opportunity we had when ESPNU came to cover a women’s soccer game and our class was able to participate in the whole production, start to finish. That was my first time doing live sideline reporting and I fell in love with it.

Is there anything we didn’t ask that you’d like to share?
I didn’t have the direct path to broadcast journalism! I changed my major after my sophomore year from pharmacy to broadcast journalism (I know… BIG difference!). My dream was always to work in the NFL and talk sports, so I figured better now than never … try it! I joined the program far behind the other students, as never even having held or turned on a camera before, never edited nor written a story.  I had this drive to get my foot into sports and find whatever experience I could at the time. I reached out to the Gamecock athletic department to see if they’d be interested in letting me come shadow their video department and ask all my naïve questions about the sports world. Sure enough, I landed an internship with Gamecock Productions at the stadium, creating all content for GamecocksOnline.com, covering every sport each week, filming, editing, interviewing, doing standups, etc. I worked there for both my junior and senior years, propelling my way into a confident sports reporter in just a few semesters. If it weren’t for Paul Danna, the director of Gamecock Productions, I would not be where I am today. He gave this young kid a shot in the dark, having zero experience or knowledge in the sports world, I just showed up with a dream. He believed in me to succeed in this new area and never gave up on anyone in our department. I was able to combine my knowledge from class at the CIC with my internship and quickly surround myself with production 24/7.

Due to changing my major, it added one extra semester, so I didn’t graduate until December 2010. In the beginning of February 2011, I started my first full-time job at NASCAR in Charlotte, North Carolina. I was editing, interviewing, filming, doing standups, etc. for all things content-related for NASCAR.com while traveling all across the country to cover the different races. After working at NASCAR for three years, I moved to Baltimore and applied for the only open position that would get my foot in the door of my dream job: an internship with the broadcast department. I got hired for the yearlong internship which made me love the production world and the NFL even more, and then landed the full-time position where I’ve been ever since.

I always thought my dream of working in the NFL, interviewing NFL players, editing NFL content for 70,000+ to see on gamedays, etc. was all just a shot in the dark and would never happen. I stayed determined and motivated and had the best people surrounding me, from the CIC to Gamecock Productions, to NASCAR and now the Ravens. I’m so thankful for my time at USC and look forward to where my career will be in the next 10 years! 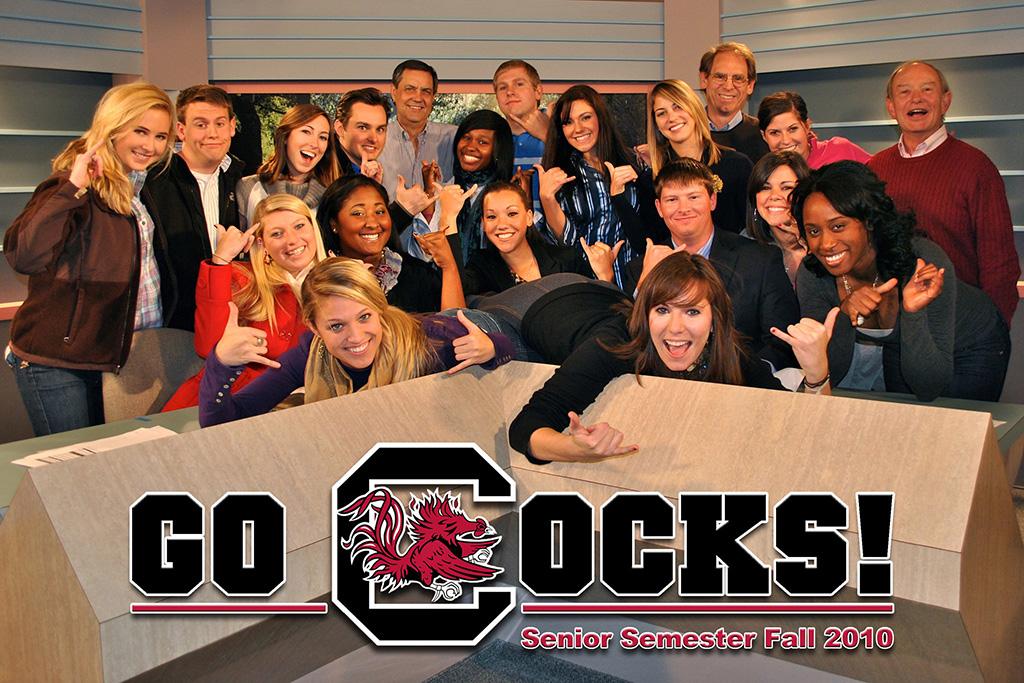 From her broadcast journalism degree, to NASCAR to the Baltimore Ravens, Jessie has had a variety of careers. 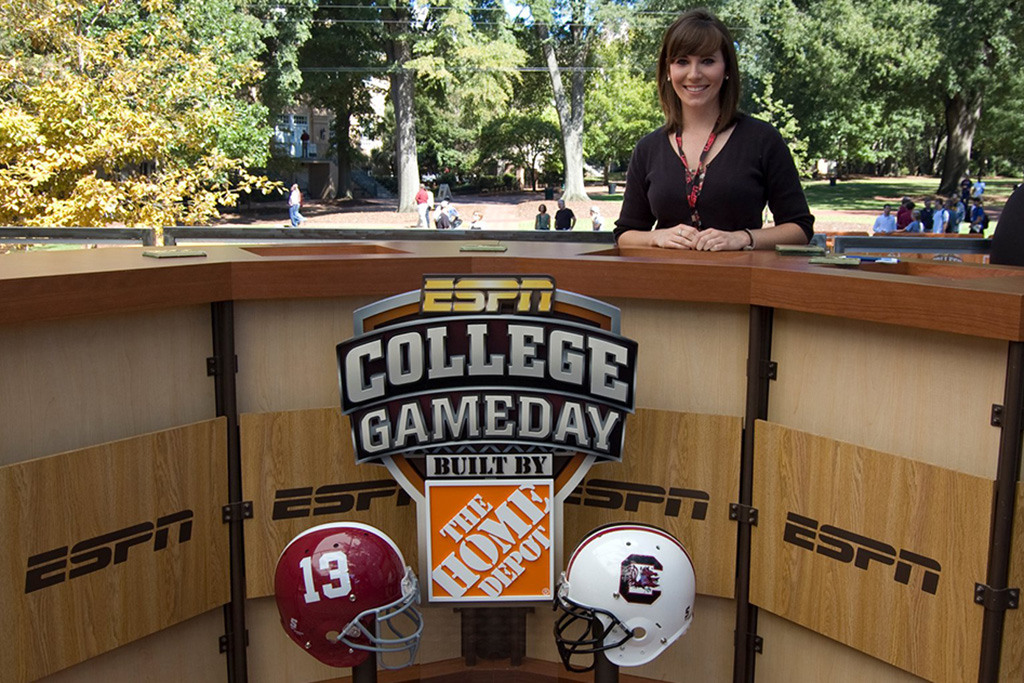 Jessie was chosen to participate as a Student Ambassador in ESPN's College Gameday during the iconic 2010 South Carolina v. Alabama game. This was shot during her time in senior semester.