MMC students participate in practicums with many different types of organizations, in various locations, to hone skills and apply lessons they learned in the classroom and gain valuable professional experience in their chosen field.

Working at WIS through my practicum has been an invaluable experience. I’ve had the opportunity to follow Emmy-winning journalists and local celebrities and have them critique my work. Coming into this practicum, I knew that this station was top-rated in the Columbia market, but I had no idea that it is so well-recognized around the country. It’s the number two local NBC station and one of the top 10 local stations in the country!

I have learned from seasoned journalists who truly excel in the field. On the flip side, I have also learned from budding talent, journalists who are just beginning to make their mark in this field. I have broken my own news story by tipping off the station and sending them photos, which they used on-air. (See video spotlight for more.)

The skills I learned in my classes in the MMC program have helped prepare me for some of the challenges I have faced here and have enhanced my experience. WIS uses the same computer program (ENPS) to write and organize news shows. They also use similar cameras that I used in my classes. Having this base knowledge has helped me grow not only because I have practice using the equipment, but I have also been able to show other interns how to use it. The best way to learn something is to teach it, so this practicum is helping to solidify the skills and knowledge I learned in my classes.

I’ve applied other skills I’ve learned in my classes, too, such as how to write a script for TV news. My professors stressed the importance of the difference between web/print writing and TV writing, but seeing the ideas put into practice in a real work space really drove home the principle. Coming from a print background I have struggled with this skill, but it is getting easier.

I’m learning to be a fearless journalist with ethics and heart.

Most importantly, I’ve learned how to turn out stories faster. As any reporter will tell you, sometimes you only have minutes to craft a story, so being able to work quickly and accurately is essential. As far as creating a more interesting story, I’ve learned tricks of the trade such as breaking up interviews with natural sound.

During my classes, professors talked about shooting a story fast, but also doing it right. I didn’t really understand what that meant. Having witnessed journalists in the field, I have picked up on subtleties such as changing camera angles when there is a pause in the interview. I’ve also honed my “ear” for picking out sound bites during interviews, which makes the editing process faster.

WIS uses a different nonlinear video editing software to edit stories than I used at USC. The program, Edius, is used in newsrooms all over the country and learning to use this program will help in the integration process as I go out into the field and start my own career as a broadcaster.

Every day in news is a new adventure. The topics I’ve covered at WIS have ranged from car crashes to active shooter safety in schools to Valentine’s Day surprises for residents of a nursing home. I’ve learned not to be afraid of “important people” like senators when I had to put a microphone in Senator Tim Scott’s face on the second day of my practicum.

WIS stresses that just because something is legal doesn’t make it right. They hold their team to a higher standard because that is what their viewers expect. I’m learning to be a fearless journalist with ethics and heart. I feel fortunate to have had this experience, and I am looking forward to where it takes me in the future. 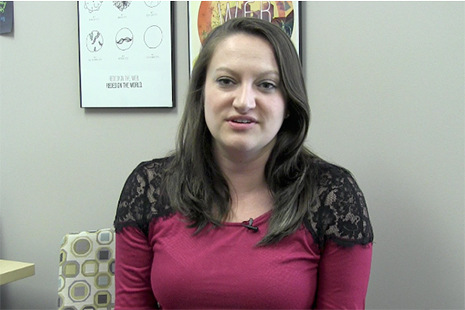