Four USC students spent two days in New York City in October learning about business journalism from industry experts and networking with journalists in the city.

The group represented the School of Journalism and Mass Communications at the 2018 SABEW Fall Conference as David J. Morrow Fellows. They are all seniors majoring in multimedia or broadcast journalism, including the two authors of this piece.

The students were joined by Michelle LaRoche, the Baldwin Business and Financial Chair in Journalism at the SJMC.

Multimedia journalism student Zoe Nicholson applied for the program after hearing about the application in a class with LaRoche. Although she hadn’t previously considered pursuing business journalism, she said she was inspired to learn more by conference speakers such as Cheddar TV founder Jon Steinberg.

“I felt like I was really just starting to dip my toes into this whole different world of business journalism,” Nicholson said.

In addition to attending the SABEW conference, students spent an evening with young journalists based in New York at organizations such as Time, Reuters and The Wall Street Journal.

“It really made the idea of working at a national publication or on big issues seem a lot more accessible,” Nicholson said.

“As much as we do learn in the classroom, there’s really no substitute for seeing how things work first hand,” Ramsey said. “I think hearing lots of different approaches helps you to figure out what you want your approach to be.”

Nicholson, who graduates in May, said she hopes future students who haven’t previously considered business journalism will consider applying for the Morrow fellowship.

“Just go for it … you’re not gonna know unless you try,” she said.

Multimedia journalism student Hannah Slater, who graduates in December, decided to attend the conference to add another skill to her repertoire. She now considers business journalism a possible avenue for her career path.

“I guess, to me, business journalism always seemed sort of monotonous, definitely important, but not necessarily something I wanted to focus on,” Slater said. “The SABEW conference quickly made me realize that business journalism can be just as interesting as any other form of journalism; it’s just a matter of looking at the subject in a way that not only interests you, but also your reader.”

Broadcast journalism student Anjali Patel also attended the conference with the goal of learning more about a part of the field completely outside her comfort zone.

“I never realized how there is an economic angle to nearly every story,” Patel said. “This conference showed me that money is at the root of many stories, and it’s important to know how to properly cover these stories and which angle to take.”

Patel, who will also graduate in May, said the SABEW conference was an experience that will only enhance the scope of her journalistic abilities. 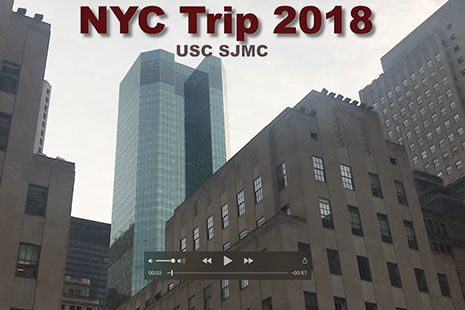 Anjali Patel's video on the trip to New York City to attend the SABEW Conference. 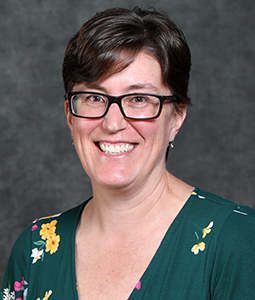