You’ve heard the term “information highway,” but with big data and demands on our cyberinfrastructure growing every year, the metaphorical highway is becoming more and more congested. Like interstates that allow cars to bypass cities and avoid stoplights, the need is growing for scientists to share and transfer data – sometimes petabytes of it – to other scientists without being slowed down by routine cyber traffic. This is the basis for a Science Demilitarized Zone, or Science DMZ.

Science DMZs allow researchers thousands of miles apart to share enormous data files, typically at rates of 10 Gbps or above. As increasingly-complex instruments produce more and more data, designated networks like Science DMZs mean that information can be shared in hours instead of days or weeks. For researchers, this means access to data that is timelier and more secure.

UofSC Integrated Information Technology Professor Jorge Crichigno’s research focuses on practical implementation of Science DMZs. He realized there was no roadmap outlining best practices, and he saw that his colleagues lacked the knowledge to develop and use Science DMZs effectively. Together with Elias Bou-Harb of Florida Atlantic University and Nasir Ghani of the University of South Florida, Crichigno wrote “A Comprehensive Tutorial on Science DMZ,” which is slated to be published in IEEE Communications Surveys and Tutorials later this year.

The tutorial addresses the gap in knowledge surrounding Science DMZs by presenting a roadmap to design and deploy this much-need cyberinfrastructure. The guide reviews fundamental network concepts that impact Science DMZs on a large scale, such as router architecture, TCP attributes and operational security.

“The article will have a large impact on the research and education community” Crichigno said. “It provides a tutorial on how to design large-scale networks used to connect nationwide computing systems, intercontinental backbones and others.”

The U.S. Department of Energy is now using Crichno’s tutorial as a reference for its Energy Sciences Network, or ESnet, which transports tens of petabytes per month among national laboratories and research institutions. And in July, faculty from UofSC will present their findings alongside the U.S. DOE during a two-day workshop for cyberinfrastructure engineers in Columbia, South Carolina. 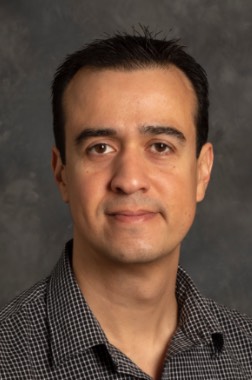 Professor Jorge Crichigno’s research focuses on practical implementation of Science DMZs. This includes the design and implementation of high-speed switched networks, TCP optimization, and experimental evaluation of congestion control algorithms such as BBR, HTCP, and Cubic. His work has been funded by the NSF and other agencies. In this regard, he has led the design, development, and testing of a 10 GBps Science DMZ in New Mexico.