Almost every day now, when Kevin Gagnon walks out of his bedroom, he hears the same five words jump from his parents’ mouths.

Kevin’s parents have a lot to be proud of. In his four years at the University of South Carolina, he excelled in a diverse set of activities. He was a news director at the campus radio station, the producer and host of the podcast On Campus, a peer mentor in the College of Engineering and Computing, a winner of the Siemens Healthineers international competition, and a museum curator.

His research activities even led to him earning the Algernon Sydney Sullivan Award, the university’s top undergraduate recognition.

“I didn’t want to waste this opportunity to ‘do’ while was in college," he says. "And so, I really wanted to make sure that everything I could do I did.”

Taking advantage of each experience and every opportunity was Kevin’s tribute to his parent’s hard work that allowed him to attend South Carolina.

Kevin’s father, Donald, grew up in Connecticut, but moved down to Columbia in 1980. Before moving, he attended community college and took a six-month boot camp in computer programming. Donald has been working as a programmer ever since.

Tracy, Kevin’s mother, grew up as one of nine kids. She had always wanted to get a university degree, but money was tight in her family, and at age 18, she started doing clerical work. Today, she is an administrative assistant for an IT company.

For Kevin and his sister Anna, a fellow UofSC alumnus, not attending college was not an option.

“My parents always made it a priority to be like, ‘yeah you are going to go to college; we want you to go that route,’” Kevin says. “Because they understand the importance of education and they want to provide to me and my sister what they didn’t necessarily have provided to them.”

In 2014, Anna graduated from MUSC’s Pharmacy program, receiving the first doctoral degree in the entire extended Gagnon family. In the spring semester, Kevin completed his studies in computer science. Now, Kevin will be going to Boston to work for Capital One, with dreams of one day returning to school to become the second member of the family with a doctoral degree. He has lofty goals for the future.

“I think I just want to do as much as I can to make the world a better place,” he says.

As he prepares to take this next step forward, he can’t help but reflect on the impact the last four years have had.

“I can’t speak highly enough of the College of Engineering and Computing,” Gagnon says. “Not only do they put so much emphasis on pushing undergraduate students into research and getting them involved, but the way that the curriculum teaches you to think beyond just what the practical solution is, having a deeper understanding of what you are working on, is integral. Everything I have worked on will continue to be a foundation of things I do in the future.”

Although graduation has moved online and Kevin will never hear the roar of his proud parents and family as he struts across Colonial Life Arena’s stage, he knows that his family will always be there cheering him on. After all, they have a lot to be proud of. 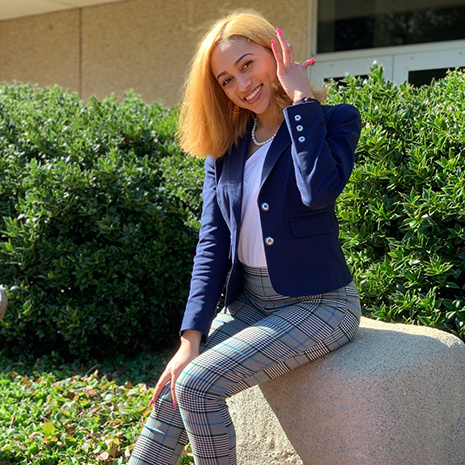 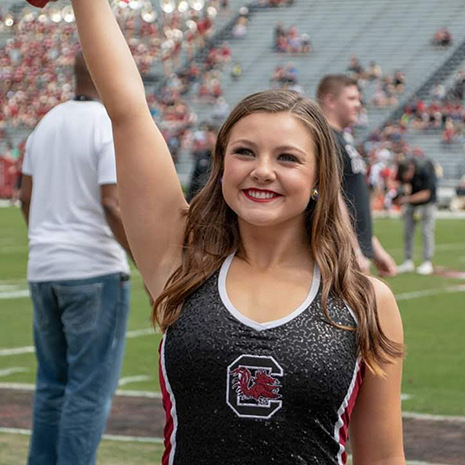 It wasn’t just one factor that led to Abby Delnoce receiving one of the nation’s most respected STEM student awards. But, through the support of her family and the UofSC community, Delnoce has received the Department of Defense’s SMART Scholarship.