Tashiema Ulrich could not process the five words just said to her.

“You should change your major.”

It wasn’t a question. It wasn’t advice from a trusted mentor, or even the result of a poor grade. Instead, it was a purely unsolicited thought from a classmate's parent, based on the simple observation that her mother had not attended college and there wasn’t a single scientist in her family.

But, that didn’t stop her from wondering if they were right.

“To hear that, half of me went, you know what, that’s going to be the worst thing you said to me. You just made a big mistake,” she says, recounting the moment. “And the other half said, thank you, maybe I should change. Maybe I can’t cut it.”

Ulrich was the first member of her family to attend college. Having arrived in the United States from Jamaica in 2009, she was thousands of miles from her friends and adapting to a new culture that seemed to have little want for her in it. She got made fun of for being smart. She was told she wasn’t going to become anything.

It’s going to be tough. You’re going to have days you want to cry. But, anything that great takes sacrifice. And becoming one of the outliers, it does take sacrifice, but at the end of the day, you can do it.

Yet, over and over again, she met these doubts with drive and kept her eyes on her next goal — first graduating college, then earning a doctorate, then working at Los Alamos National Laboratory. Through the support of her family, the care of her mentors and her own belief in herself, she defied every challenge that came her way. In the process, she became the first African American woman to earn her nuclear engineering doctorate from the University of South Carolina.

“I tell people hey, I have way more reasons than you can think to make sure I ended up failing,” says Ulrich, who earned her doctoral degree in November 2019. “But, I’m no longer a statistic, I am the outlier.”

The lure of top faculty

Her choice to attend South Carolina was centered on one thing and one thing only — Ted Besmann. Ulrich first applied to the University of Tennessee’s nuclear engineering program in hopes of learning under Besmann. But, when she applied, his name wasn’t listed as a potential advisor.

She laughs now as she remembers the question of, “Is he dead?” that floated through her head when she didn’t see his name. She got her answer soon after, though, when the day before her interview at South Carolina, she learned a new faculty member had just been hired in their nuclear engineering program. His name? Ted Besmann.

“Yup, it was, 'Forget all the other universities,'” she says. “Actually, I almost accepted my University of New Mexico offer, but, then I had the interview with UofSC, and Ted was there, and I was just like ‘Nope, I’m going here.’”

At South Carolina, Besmann pushed Ulrich to greatness. He saw the enthusiasm she had for learning, and despite her background being chemistry rather than engineering, he immediately recognized how special a student Ulrich was.

“She’s got the energy, the curiosity and interest, the drive and the native intelligence,” Besmann says. “Typically, you see one or two of those in people. When you get all four like Tash has, those things together make for significant success.”

Through red-lined papers that she’d wake up to on Saturday mornings and long Saturday nights in the lab, Ulrich says that working with Besmann was not easy. But looking back, it prepared her for what was to come and it made possible where she is now — at Los Alamos National Lab, living out her dream at arguably the most prestigious nuclear engineering research facility in the world.

But she did. Now, she hopes more underrepresented minority students see what she was able to accomplish and the mindset she adopted to make it happen, so that they too can become outliers alongside her.

At Los Alamos, Ulrich mentors younger students through the lab’s postdoctoral association. She also actively mentors outside of work on her own time. When speaking with younger students aspiring to follow a journey like hers, she doesn’t sugarcoat how hard the path ahead of them is. Instead, she challenges them, drawing upon her own life experiences to help them achieve their life dreams.

“It’s going to be tough. You’re going to have days you want to cry. But, anything that great takes sacrifice. And becoming one of the outliers, it does take sacrifice, but at the end of the day, you can do it.”

For Ulrich, her goals don’t stop at earning her doctorate or landing her dream job. Now, she has her eyes set on a new challenge — becoming the first African American woman to be director of Los Alamos National Laboratory.

She knows achieving that goal is probably the hardest of them all. But, if there’s one thing she has learned in this world of obstacles, it’s that anything is possible with the right mindset and the right people supporting you.

“None of this would have been possible if I didn’t have people who believe in me,” she says. “So, I talk about the people that doubted, but honestly, all my strength and my will is because I had family that loved me and people that believed in me, and honestly, good mentors.” 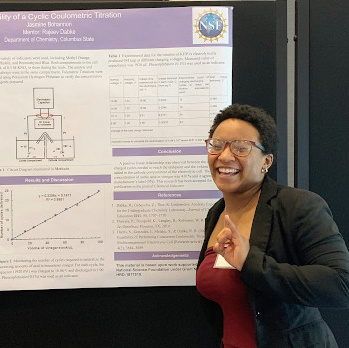 The first 12 students accepted into the University's Bridge to Doctorate program bring diverse life experiences but share a common commitment to science and community.

Read more about the Bridge to Doctorate 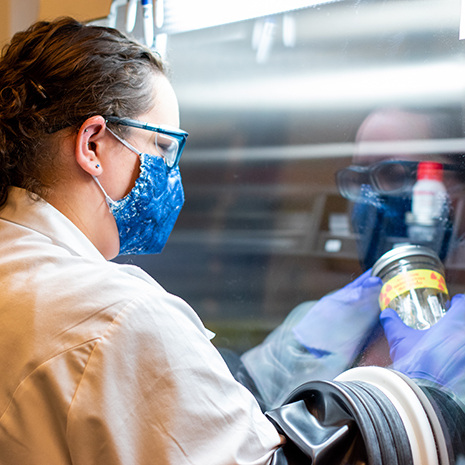 Mechanical Engineering Professor Ted Besmann is leading a project that will provide critical support for the development, operation and regulation of the first commercial molten salt nuclear reactors.

Learn more about our research in nuclear engineering 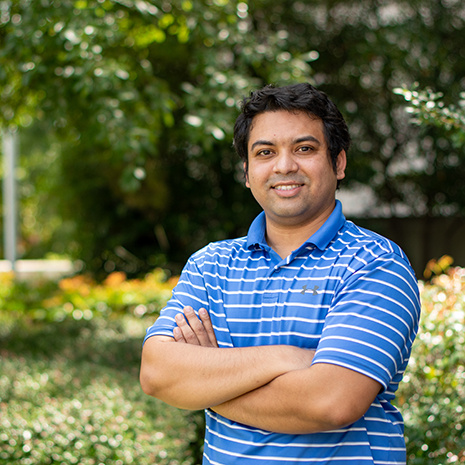 Sudipta Saha, a mechanical engineering doctoral student in the College of Engineering and Computing, received the University of South Carolina’s 2020 Outstanding Thesis Award for his master’s thesis on thermal fluid science.

Our story on this outstanding student