Downey one of 60 early career engineers to attend NAE symposium

Mechanical Engineering Assistant Professor Austin Downey was selected as one of 60 early career engineers from the United States and European Union to attend the recent National Academy of Engineering (NAE) 2022 EU-US Frontiers of Engineering symposium. The event was held from October 19-22 in Bled, Slovenia.

NAE member Vice Admiral Paul Gaffney, who serves as counselor to the dean of engineering at the University of South Carolina, nominated Downey to attend. The symposium featured discussions in innovative developments in prosthetics and artificial intelligence, supply chain/logistics, post lithium-ion batteries, and zero-carbon buildings. The event facilitated international and cross-disciplinary research collaboration, while encouraging a transatlantic network of world-class engineers.

“I learned a lot because it was a diverse group with people from industry and academia. The speakers were well-known in their field, and I talked to people from around the world whose names I knew. It was interesting to get an overview of these topics and have a chance to ask some critical questions,” Downey says.

College of Engineering and Computing Dean Hossein Haj-Hariri says that Downey’s selection is a significant recognition by peers of the quality of his research.

“As an early-career faculty member, he is making internationally notable progress in areas of machine learning, and real-time control of structures subjected to high-rate processes. His collaborations with the U.S. Air Force are helping build relationships for future research opportunities for Austin, and for his numerous collaborators,” Haj-Hariri says. “I am particularly proud of the dedication that Austin has both in the classroom and his research labs, where he mentors large numbers of our students.”

Downey’s research focuses on the control of structures operating in extreme dynamic environments and high-rate machine learning. His work specializes on enabling real-time online learning, analysis, decision-making and control of high-rate processes in the sub-millisecond timescale. He has worked extensively with the Air Force Office of Scientific Research, including his current research on real-time model updating for structures in shock environments. According to Adm. Gaffney’s nomination letter, “His fundamental work is developing solutions for applications including hypersonics, blast protection and earthquake mitigation.”

“One thing I took away from the symposium was that we just can't sit by and wait for something to be solved,” Downey says. “For instance, there's not enough lithium in the world to put everyone in an electric car. Energy storage and the electricity needed will double in the next decade, so it's not just replacing what we have but also making sure our new energy is cleaner.” 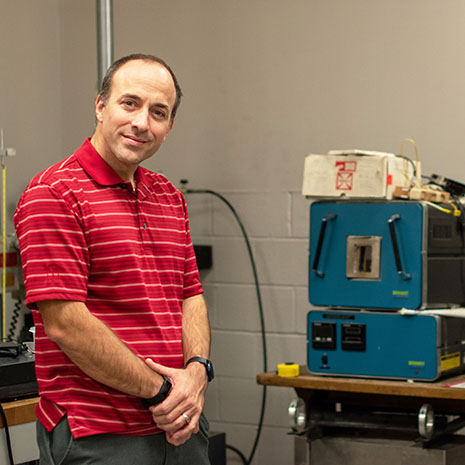 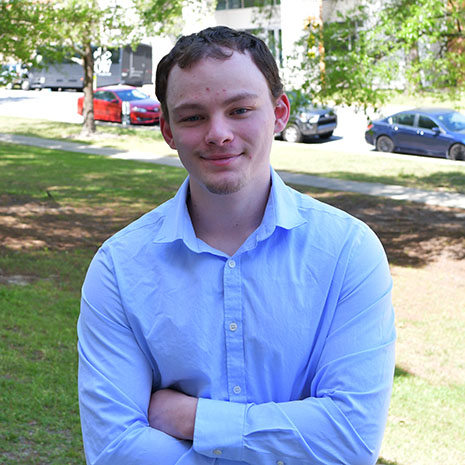 Jason Smith's fellowship will not only help support his research into digital twins but also allow him to utilize his knowledge and experiences by working with the U.S. Navy after completing his graduate studies.