Most people are not familiar with piezoelectric materials, yet they have used them before. This may include using a cigarette lighter or turning on a gas burner. Piezoelectric materials generate an internal electric charge for applied mechanical stress and several substances in nature demonstrate this effect, including crystals and DNA. Mechanical Engineering Associate Professor Tanvir Farouk recently started research into how piezoelectric materials and plasma can be combined for medical and other applications.

Farouk’s three-year, $650,000 research is funded by the National Science Foundation’s Ecosystem for Leading Innovation in Plasma Science and Engineering (ECLIPSE) program. Co-principal investigators are Sourav Banerjee of the College of Engineering and Computing’s Department of Mechanical Engineering, and University of Notre Dame Professor David Go, whose relationship with Farouk started in 2019 with a graduate program evaluation.

“When I became mechanical engineering graduate program director, David was one of the external evaluators for the program. He became aware of the plasma research at UofSC, which was complimentary to his efforts at Notre Dame,” Farouk says.

The key advantage of non-thermal (non-equilibrium) plasma is its chemical selectivity, which allows it to be used in a variety of applications, including sterilization, wound healing and medicine. But they require large and expensive equipment, especially power supplies. According to Farouk, piezoelectric materials could limit the need for high-end power supplies by using mechanical motion to produce piezoelectric stimulated plasma sources, which are capable of obtaining the necessary high voltage gain. This enables the direct formation of a plasma at the piezoelectric surface. Farouk’s research aims to provide a better understanding of a new area of plasma science for biomedical, chemical and materials applications.

“Plasma is very good for doing a lot of chemical processing. But the moment you bring up plasma to a third party, such as medical or chemical industries, the first thing they always ask is, ‘How fancy is the power supply?’ If you say that you need to spend $10,000-$50,000 on the power supply to drive the plasma, then the industry or company loses interest,” Farouk says.

While Farouk and Go are plasma physics experts, Sourav brings expertise in piezoelectric materials and the mechanics of material.

“Piezoelectric materials are the cornerstone of the smart materials that can generate ultrasound and mechanical vibration with their unique property of electromechanical transduction,” Sourav says. “How the coupled physics between the piezoelectric effect and plasma discharge is related and how they can be predictively generated or controlled is still unknown. Through this collaboration, together we came with the backgrounds on different physics (piezoelectric effect and plasma) to unravel this unique natural phenomenon.”

While piezoelectric materials have been in the market for around 30 years, Farouk’s research also intends to understand why no one knows how the material responds with and in the presence of plasmas.

Piezoelectricity’s advantage is when material crystals are aligned properly, a low voltage at one end can be amplified. For example, a nine-volt potential placed in a piezoelectric system can be amplified to 90 volts. This basis gave Farouk’s research team the idea that if they could design materials and configurations, such as electrodes specifically for plasmas, it could operate with inexpensive power supplies and create a handheld power source.

“For example, in biomedical and plasma medicine applications, it’s a problem if there is only a designated plasma center where you have to ship all of your studies or tests,” Farouk says. “But with our applications, we want to use these piezo-driven plasma sources so a doctor can hold it in their hand and then anyone can do surface disinfection by just using a portable handheld unit.”

Farouk believes that this simplified process will resolve one of the biggest problems with plasma. He added that since piezoelectric materials are pulse-driven, it can be used at different frequencies to secure the optimum output.

Farouk plans to have Go use high-speed diagnostics to determine how plasma forms in front of the piezoelectric material in nanoseconds and how it propagates forward. There will also be subsets of experiments to utilize Banerjee’s expertise in piezoelectric material, such as changes by using a different kind of piezo material and differences in responses.

"Piezoelectrics offer a new, portable way to generate plasma. In fact, a few devices for using piezoelectric-based plasma sources are even now commercially available,” Go says. “This project will understand the generation of plasma by a piezoelectric material at a fundamental level, which will help us design more efficient and more effective devices in the future.”

Even though the piezoelectric phenomena date its origin to the 19th century, there are still uncertainties and misconceptions about the process. While piezoelectric plasma research is still in its infancy, Farouk hopes his research can become more mainstream.

“If someone else picks up our mathematical models and starts pushing it forward for device design, we'll be extremely happy with it. There is no definitive field called piezoelectric-driven plasma, so if we have a research focus from multiple institutions that want to focus in this area, which is how this area will grow,” Farouk says. “We are among the first working in this very unique field, so if we can make this a much broader field after three-to-four years, that would be a good legacy to leave.” 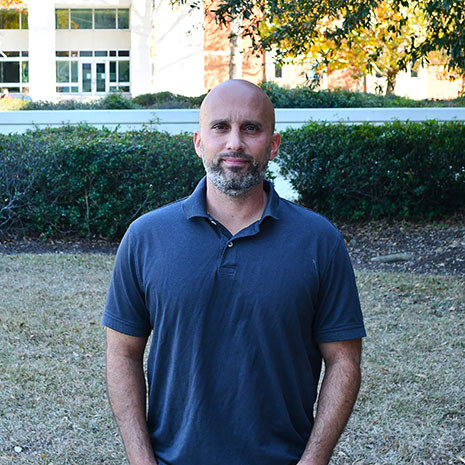 Drug coated balloons are an established technology and have a history of use, despite low drug delivery efficiency. To increase the device's effectiveness, Mechanical and Biomedical Engineering Associate Professor Tarek Shazly is part of an NIH-funded grant to make design improvements. 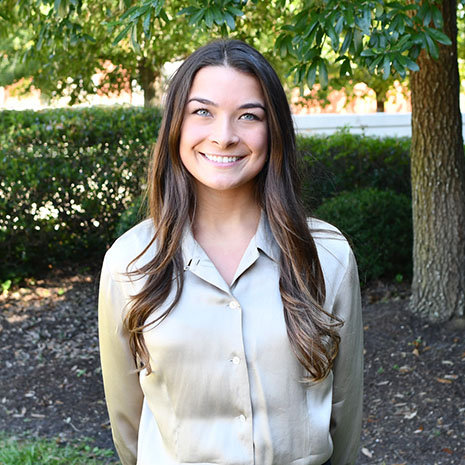 Kiersten Crouse has been interested in engineering since her childhood. Through research and experiences inside and outside the College of Engineering and Computing, she is excited to begin her career to apply her knowledge for medical applications.