Julia Royall is a Fulbright Specialist in the Office of the Vice Chancellor at Kenyatta University in Nairobi. She graduated in 1971, with a degree in English.

Ask Julia Royall what her favorite movie is and you’ll understand when she answers with her favorite play. She did, after all, start her own touring theatre company, one that performed at the Royal Society of Arts in London and the Lincoln Center for the Performing Arts in New York City. But The Iron Clad Agreement also performed in union halls and corporate boardrooms, on river barges and loading docks. Royall, then a doctoral student in Theatre Aesthetics/Dramatic Literature at Carnegie Mellon University in Pittsburgh, was determined to bring the real life stories of steel mill workers to the people.  Later she brought the story of Angelina and Sarah Grimke, sisters banned from South Carolina for their abolitionist views, back to her home state through her company.

That drive to connect people—whether it’s to their own history through live theatre or to health services through information and communications technology—is what makes this 1971 Honors English graduate so compelling. Ask Royall what she’s good at, and “being a producer” is her response. Thanks to her ability to produce and connect, Africa’s first malaria research telecommunications network was developed, starting in 1997 through to its sustainability in 2007.

After 14 years as chief of International Programs for the National Library of Medicine at the National Institutes of Health, the Charleston native retired in 2011. For her, retirement meant “once more indulging my free spirit” and becoming a Fulbright Specialist in the Office of the Vice Chancellor at Kenyatta University in Nairobi. Still, she remains involved keeping medical librarians, medical journal editors, researchers, and medical students informed and empowered. Royall took a few minutes between Uganda, Kenya, and Washington, DC, to talk about The Fun Stuff—what she’s too impatient to do, what brought her “delight” as a student, and the secret to finding “true joy” in life.

Favorite movie: I hope you don’t mind if I change this to theatre. Waiting for Godot with Ian McKellan and Patrick Stewart. In this production two wonderful actors become the virtuosi performers required to play the old vaudevillians of Beckett’s script. At the end, when only their two hats are left on the stage, the effect is breathtaking.

Reading now: My cousin William Barnwell’s book Lead Me On, Let Me Stand and Pat Conroy’s The Death of Santini. Both are writers of my era wanting to make sense of family and the South.

Good at: Being a producer—pulling together interesting combinations of people and talents to create a unique outcome.

Bad at: Sewing, knitting, crafts. I don’t have the patience.

What I said I would never do, but I was wrong: Live in Washington, DC. I have now lived here almost 17 years.

What most people don’t know: I love choral singing.

Go-to place on the USC campus: The Horseshoe—just walking there first with my family (my mother’s graduate school alma mater and where my parents met) and later when I listened to speeches there during an anti-war rally in 1970. Also McKissick, when it used to be a real library. I remember writing my honors thesis there, working at night and then walking home to Capstone.

Best SCHC memory: The classes of Profs. Dunlap, Greiner, Geckle, Bird, and Beardsley.  Working on my honors thesis with Steve Coy. During the campus unrest of 1970, a man with long dark hair and interesting views appeared in Ed Beardsley’s class with his German shepherd. Ed welcomed him into the class as part of his outreach to us students (and non students) during this time, even inviting us to his home.

How the SCHC helped me later: First, I took solid credentials and a strong baseline into my Next Phase (graduate school). The SCHC gave me the experience of having developed and written a thesis as an undergraduate with emphasis on research and use of primary sources. Now, over 40 years later with careers first in theatre and then in science/ICT/public health, I have continued to use the skills first developed in SCHC— research, exploration and development of original ideas, as well as delight in the process—into areas I could never have imagined! It was a first-rate education in my native land.

Advice I would give today’s SCHC students: Make the most of working with Honors College professors. These classes and tutorials will compose the core of your takeaway from USC.

Words to live by: “This is the true joy in life, the being used for a purpose recognized by yourself as a mighty one; the being thoroughly worn out before you are thrown on the scrap heap; the being a force of Nature instead of a feverish selfish little clod of ailments and grievances complaining that the world will not devote itself to making you happy.” - George Bernard Shaw 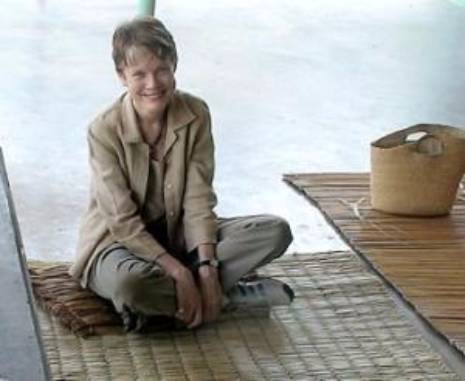