Discovering a passion for science

For the microorganism, she led an experiment that explored whether warmer temperatures would speed up mutations. After more than six months of almost daily lab work and data analysis, she discovered that the answer is no, and she presented her findings at a major conference on evolutionary biology.

Along the way, she discovered that research would be her life’s work. She had come to the University of South Carolina on the pre-med track, but science was calling her name.

“I realized that I was much more interested in conducting biological research than practicing medicine,” says Davenport.

It started during her freshman year when Davenport took Jeff Dudycha’s introductory course on ecology and evolution. “I learned about phenotypic plasticity and evolutionary genetics ... and right away I thought they were particularly interesting topics,” she says, recalling her childhood fascination with frogs, lizards, fish and crabs. “I felt I connected with these topics in a way I hadn’t in previous classes.”

The summer after her freshman year, Davenport joined Dudycha’s lab. For a few months, she worked with another student to explore juvenile growth rates and mutations in Daphnia pulex, a species whose life cycle and reproduction patterns make them ideal for evolutionary study. Then she spent a semester studying on the south island of New Zealand. 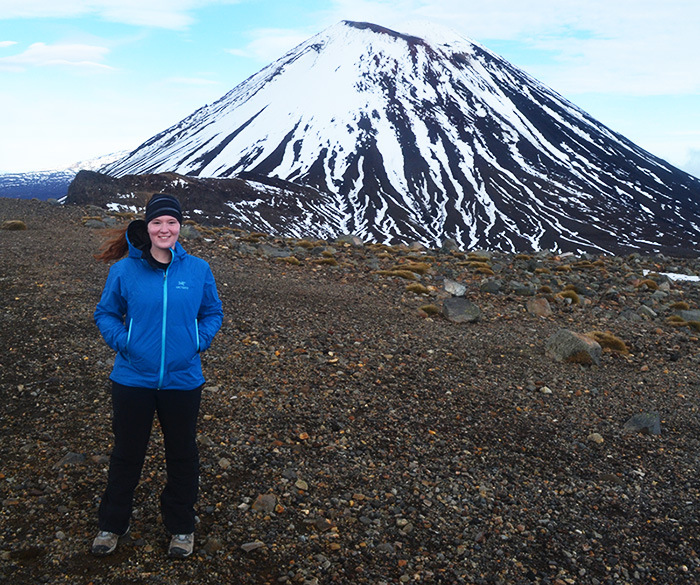 Studying abroad in New Zealand was one of Libby Davenport's goals when she came to UofSC.

When she returned to the U.S., she had an idea for a research project of her own.

“I began my own independent project … focused on the effects of spontaneous mutations on life-history traits of Daphnia pulex at two temperatures,” she says. Understanding temperature’s effects on mutation could give insights into the long-term effects of climate change on individual species at the level of their genetic code. Davenport studied thousands of Daphnia pulex to track mutations in their genetic code from one generation to the next.

Dudycha was impressed with the question as well as Davenport’s ability to answer it through original research. “This is a project that was Libby’s own idea, and made use of a long-term experiment in my lab in a manner that I had not previously conceived to address a hypothesis that is largely untested in the biological literature,” he wrote.

Others took note, too. Davenport shared her findings at the 2019 Evolution Meetings in Providence, Rhode Island. When she graduated in 2020, her senior thesis about her Daphnia pulex research received the William A. Mould Senior Thesis Award, a South Carolina Honors College prize that recognizes work that makes the most impact in the student’s field of study. Then Davenport entered a doctoral program in evolutionary biology at the University of Michigan. She plans to study disease ecology while earning her Ph.D. 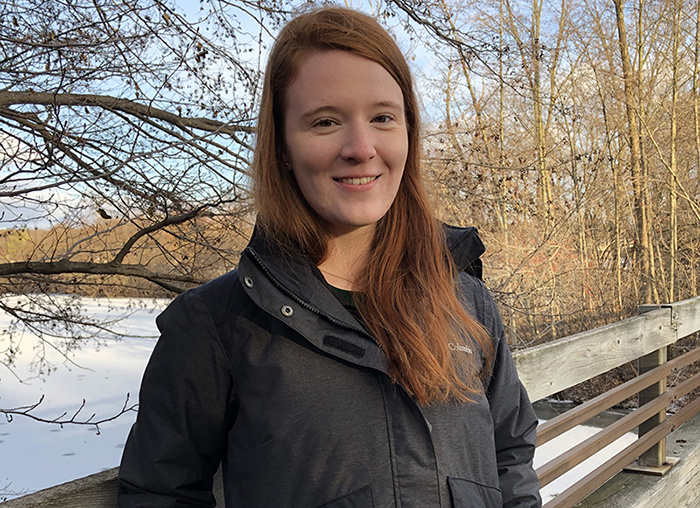 Libby Davenport has begun her Ph.D. program at the University of Michigan. She says her UofSC faculty paved the way and set an example with their mentorship.

She gives Dudycha credit for being her mentor. “He taught me how to effectively design and conduct a major experiment with publishable results,” Davenport says. “Having the opportunity to lead an independent research project as an undergraduate was an incredible experience.”

Other biological science professors had a profound influence, too. Deanna Smith, her academic advisor, was helpful from day one. “It made a huge difference, especially when I was a freshman, to know that someone in the department wanted to help me from the beginning,” Davenport says.

Daniel Speiser and Joshua Stone taught courses that prepared Davenport for graduate school and introduced her to novel fields of research, and Megan Dantzler Gamble helped her practice her first major conference presentation and apply to graduate schools.

“The biology faculty members at UofSC are phenomenal,” Davenport says. “They were incredibly generous with their time outside of class. … Several professors became my mentors, and I cannot thank them enough for their advice and encouragement.”

She hopes to someday stand in front of a classroom or lead student researchers in a lab and help the next generation of scientists discover a passion for research. “My professors were so enthusiastic when they would talk about their research and mention the future directions of their work during class,” she says. “I look forward to sharing my research and knowledge of biological principles with others.”

Having the opportunity to lead an independent research project as an undergraduate was an incredible experience.

Aida Rogers contributed to this article. Read more about Libby Davenport in this article from South Carolina Honors College.