Seven broadcast students were honored with eight awards at the 2018 Radio Television Digital News Association of the Carolinas/Associated Press convention and awards luncheon. They were among more than 160 professional and student journalists who attended the Nov. 10 event at the Charlotte Motor Speedway, which recognized the best work in radio and TV.

This year’s University of South Carolina winners were:

Several SJMC alumni also took home awards, including 2017 grad Danielle Barilla, who won TV News Producer of the Year for her work at WMBF, and 2016 grad Abbey O’Brien, who took first place in General News by a Multimedia Journalism for her work with WBTW.

"It's just fantastic to see our students win so many awards,” said Dr. Laura Smith, who attended the event with the students. “Once again, their hard work and studies in the broadcast program are paying. I have no doubt these folks are prepared to hit the ground running in the job market. The success of our recent grads is proof of that as well!" 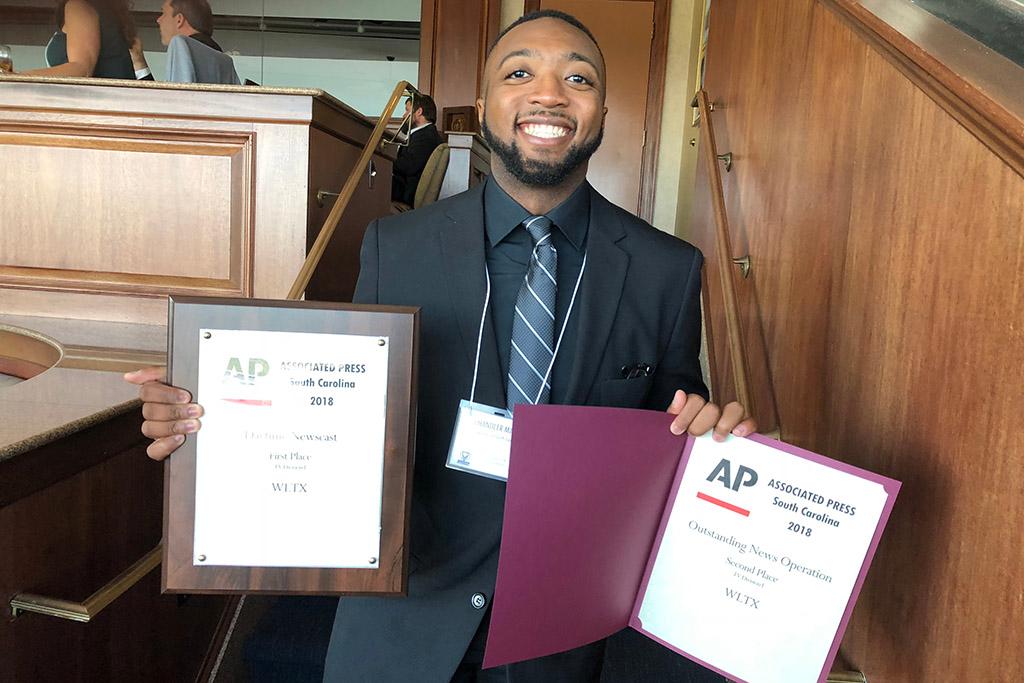 View photos of some of the RTDNA winners.