Earlier this year, Crichigno coauthored “A Comprehensive Tutorial on Science DMZ” in the IEEE Communications Survey and Tutorial with Elias Bou-Harb of Florida Atlantic University and Nasir Ghani of the University of South Florida.

A science DMZ is a high-speed, secure network operating at speeds up to 100 Gbps with an emphasis on cyber security for the transfer of big data.  In the face of an exponential increase of research and engineering data, current general-purpose networks are incapable of providing acceptable rates to move large flows of data nationally and internationally. Science DMZs are the solution to this problem.

Crichigno’s research has become a roadmap for implementation of a Science DMZ at the University of South Carolina and fostered interest among cyber security and big data experts across the country.

The College of Engineering and Computing received $500,000 in funding from the National Science Foundation (NSF) for the research project “Building a Science DMZ for Data-intensive Research and Computation at the University of South Carolina” to be led by Crichigno. The project is a collaboration between the IIT Department, the UofSC Department of Information Technology (DoIT) and other researchers across campus. The co-PIs of the project are Paul Sagona (DoIT), Neset Hikmet (IIT), Andreas Heyden (chemical engineering) and Steffen Strauch (physics).

The grant will allow the team to develop and implement a Science DMZ at UofSC. The network will support current research, moving terabyte-scale data between UofSC and national laboratories like Argonne, Fermi, Oak Ridge, Savannah River and Los Alamos; other university collaborators; and the National Network of Supercomputer Centers (XSEDE).

“The Science DMZ at USC will serve as a campus resource, enabling faculty and students to engage in cutting-edge research, unhindered by data transfer barriers in time and space,” Crichigno said. “It will also permit the exchange of big science data among researchers from USC main campus and the 12 branches and subbranches, national and international institutions working at remote facilities, national agencies, NSF-funded centers, and several national laboratories.”

On July 22-23, Crichigno and the IIT Department hosted the “2019 Training Workshop for Network Engineers and Educators on Tools and Protocols for High-Speed Networks” in Columbia at UofSC’s Innovation Center, with more than 60 researchers and three national laboratories from across the country attending.

The event was the first in a series of workshops aiming to stimulate research and disseminate best practices on the design and deployment of high-speed networks required for big science data transfers. Crichigno’s tutorial and research from the U.S. Department of Energy’s Energy Science Network (ESnet) provided the basis of the workshop, where participants performed virtual laboratory experiments.

“Our Science DMZ work will permit our IIT students to test their research ideas conceived in the laboratory into the production network,” said Crichigno. “This project is positioning USC as a key institution in the country in the area of cyberinfrastructure.” 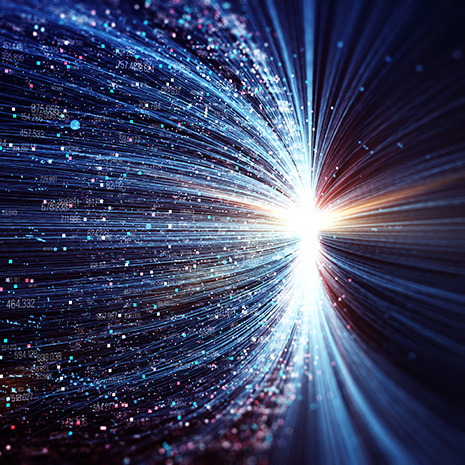 Like interstates that allow cars to bypass cities and avoid stoplights, the need is growing for scientists to share and transfer data – sometimes petabytes of it – to other scientists without being slowed down by routine cyber traffic. This is the basis for a Science DMZ.