The event, hosted by the University of South Carolina in partnership with Georgia Tech, is an academic challenge for graduate students to gain real-world experience solving a business problem for a nonprofit or community-driven organization. This year’s project focused on helping the country’s foster care youth.

In addition to winning the competition, Enyekwe and Yoo were named best overall team. Their project, “Housing for Youths Aging Out of Foster Care,” explored why government-funded Section 8 housing vouchers go unused by former foster youth, despite available housing.

'There’s nothing like a bad trial, but a trial done badly; just give it a try.’ This is my personal mantra.

“It wasn’t easy, and it was a lot of work. When you’re doing something different from your field, it can be really challenging. But I had a teammate up to the task and we brought our A game,” Enyekwe says.

The competition was advertised in January to all UofSC graduate students. Enyekwe was interested and joined a LinkedIn group to meet potential team members, where he partnered with Yoo. In the first phase of the competition, they were tasked with presenting how they would use data and analytics to predict the factors affecting distribution of housing vouchers to former foster youth.

“Funds are provided by the government to subsidize housing, but oftentimes these young people who have just aged out of the foster care system end up homeless,” Enyekwe explains. “The ultimate goal was to predict how to better get the housing vouchers in their hands.”

Enyekwe and Yoo developed a 10-minute video demonstrating how they intended to solve the proposed problem. Based on that video, they qualified for the final round, along with two other teams from UofSC and three teams from Georgia Tech.

As part of their research, Enyekwe and Yoo interviewed housing authorities in South Carolina to determine why vouchers are not being used. The team’s data sponsor, the National Center on Housing and Child Welfare, supplied housing data for all counties across the United States. Once the data was collected, they compared the numbers on more than 100,000 former foster youth against the housing vouchers. Finally, they developed and tested predictive models to determine which conditions and agencies former foster youth are most likely to apply for and receive housing vouchers.

Through data analytics and modeling, the team identified factors indicating the likelihood that former foster youth will apply for housing, such as emancipation, education and job skills. They found that many of those eligible do not apply because of lack of awareness and barriers to accessing applications.

During the final round in Atlanta, Enyekwe and Yoo presented a 30-minute outline of their work and proposed solution. “Our results proposed that these foster youths should be educated while they are still in the system on what to do once they age out,” Enyekwe says. “It would encourage more stability and direction on how to be successful. They also need a special point of contact at housing agencies to make the application process more accessible and user-friendly for them.”

Enyekwe is proud of the opportunity the Master Modeler Competition gave him to help society. “I like to learn new things and wanted to research and offer solutions to problems,” Enyekwe says. “As an engineering student, I’m always in the lab. This enabled me to take on a different challenge, improve my data analysis skills and help prevent foster youth from becoming homeless.”

Enyekwe also referenced some advice he received from his supervisor, Chemical Engineering Professor John Monnier, whom he fondly refers to as “Big Moon.” “Just like my supervisor says, ‘There is nothing like a bad experiment, but an experiment done badly.’ In my words, I would say, ‘There’s nothing like a bad trial, but a trial done badly; just give it a try.’ This is my personal mantra.” 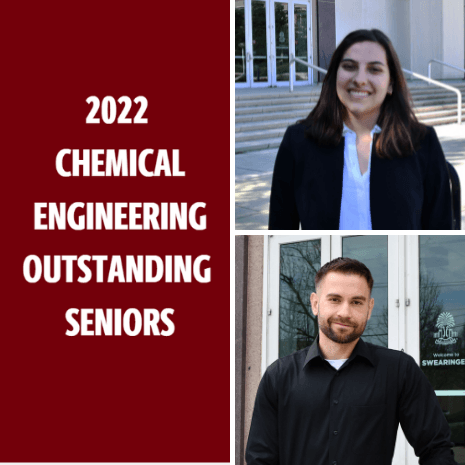 UofSC will host the annual Awards Day ceremony to honor student excellence. Recipients from the Department of Chemical Engineering reflect on their time at the CEC and being honored as an Outstanding Senior. 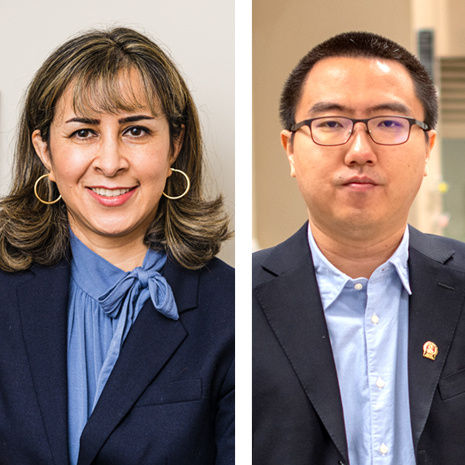 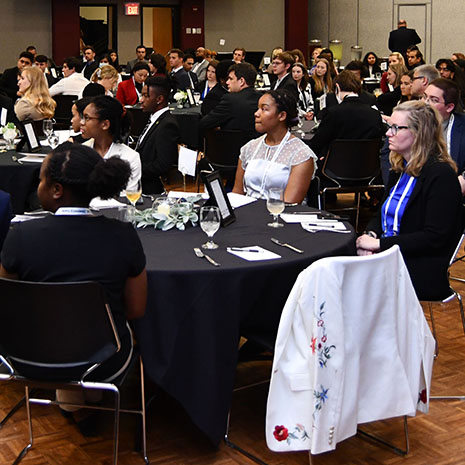 Students had the opportunity to connect and network with engineering professionals and listen to keynote speakers discuss STEM-related experiences at the inaugural Diversity Gala.

Read more about the 2022 Diversity Gala