2005 was a life-changing year for South Carolina Honors College alumnus Greg Ferrante. On a five-week vacation in Africa, he and his wife, Karen, saw dramatic landscapes, exotic animals and poverty so shocking and immense they couldn’t get it out of their minds.

When the couple returned home to Washington, D.C., they reflected on the experience and the impoverished communities and townships they saw without running water, electricity or basic health care.

“You can go from a very posh suburb to a slum in a couple of kilometers. It was the extent of the inequity that made such an impression,” Ferrante says.

Two years later, he was putting his public health, public policy and financial know-how to work around the world through his position at the Bill & Melinda Gates Foundation in Seattle, Washington.

In April, after 13 years with the Gates Foundation, he moved back to the East Coast. Now he’s the chief financial officer of Save the Children, headquartered in Connecticut, where he continues his work for global improvement from another perspective.

“I’m excited about the opportunity to work for a company that does on-the-ground work,” says Ferrante, who had a triple major in the College of Arts and Sciences in biology, chemistry and government. “At the Bill & Melinda Gates Foundation, we financed great teams and Save the Children delivers needed services.”

For his work improving society, Ferrante was the recipient of the South Carolina Honors College 2019 Distinguished Alumni award. He says he realized he was drawn to the world’s big, tough problems during his undergrad years. The Lexington High School graduate originally planned to be a professor of biochemistry or microbiology. But the Honors College Washington Semester Program redirected him. Then, while interning with the U.S. Department of Education, headed by former S.C. Gov. Richard Riley, he watched ideas progress to policy.

“I realized I was more excited about policy measures and things that worked on a community level than an individual level,” he says. “That was a pivot point that took me to policy school instead of grad school in science.”

With a master’s degree in public policy from Duke University and an MBA from Johns Hopkins University, Ferrante was working on economic and business analysis for government and private sector clients for Booz Allen Hamilton in McLean, Virginia, when he and his wife traveled to Africa.

Two years later, he took an entry level job as a financial analyst at the Gates Foundation to satisfy his reawakened desire to work in public health and development. By his fifth year there, he had become the primary financial advisor to the foundation’s presidents of the Global Policy and Advocacy and United States Program divisions, traveling one week every month to far-flung destinations where the foundation had partners. Global health, global development, and work and education in the United States are the foundation’s three focuses.

“What’s drawn me to this work is bringing the economic and business analysis to a problem,” Ferrante says. “How do we understand the cost effectiveness of a potential solution to a problem? How do we make sure the partner has good internal controls and the money is spent well and has good traceability? How can we take financial tools that are common in the private sector and make them work to help address public health needs on a large scale?"

Among Gates Foundation efforts that Ferrante found rewarding is its partnership with Geneva-based Global Alliance for Vaccines and Immunizations and Paris-based Agence Francaise de Developpment.

“Through our efforts, we were able to raise an extra hundred million euros to vaccinate children in West Africa,” he says. “That may be one of the projects I’m most proud of, knowing I helped design an intervention that made sure millions of children get vaccinated.”

Another gratifying project has been the Gates Millennium Scholars program, established in 1999 to provide minority students with graduate education.

“They’re often first-generation college students and their stories and passion for education are so inspiring,” he says. “To see and meet them and hear how that opportunity has changed their lives and their families’ lives — even though I play a small part in that, it’s an amazing thing I take with me.”

He recounts the story of a Hispanic student who struggled through many adversities to become the first person in her family to attend college, which influenced her sister to follow and attend college as well. After landing a good job following graduation, she was able to help her family buy a house.

“And there are thousands of students like her,” Ferrante says.

As for his own undergrad education, “broad-based” is Ferrante’s description.

“I learned how to see issues from multiple perspectives, from liberal arts to the hard sciences,” he says. “But the most important thing was learning how to learn, having lots of opportunities and classes and getting skills that are so applicable in the work force.”

At his new job with Save the Children, Ferrante won’t be traveling as much. That means more time with his wife and their daughters, Alexa and Sophie. He figures he traveled a million miles during his tenure with the Gates Foundation.

“We spend a lot of time talking with our girls about what I do in life and why it takes me away from home a little more than I like."

With the current global focus on the Covid-19 pandemic,  Ferrante recalls the foundation’s fast and effective response to the Ebola outbreak in Western Africa from 2013 to 2016.

“Progress is possible. Child mortality has fallen by more than half since 1990, and we have every reason to think we can cut it in half again, or even more, by 2030,” he says. “So, for all you hear about struggles and poverty and change, it’s important for folks to know good things are happening out there. It’s not perfect and we want to be better every day, but great things are happening, and we should keep trying.” 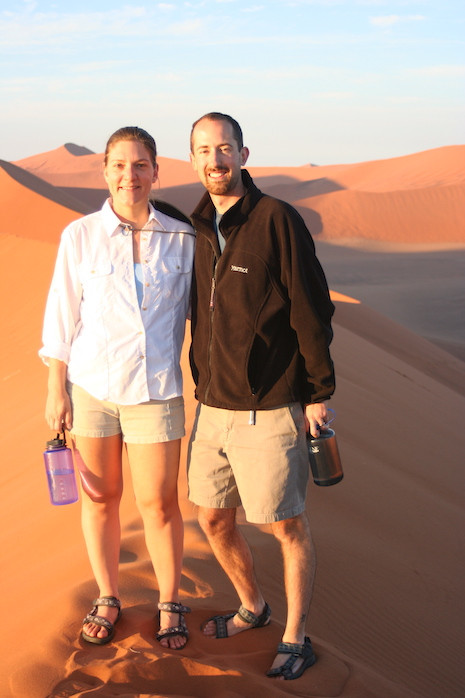 “Our job is to find and invest in teams that have ideas and passions,” Ferrante says about the work of the Bill & Melinda Gates Foundation. “That ranges from a large multilateral organization to a social entrepreneur with a whiteboard and a dream.”