In prize-winning thesis, English student examines Flapper Girls and the men who wrote them into creation

Seven decades before Alaska, Sam and other Manic Pixie Dream Girls tripped laughingly across the public consciousness, another young, free-spirited woman erupted in books and on film. She was the Flapper Girl. What made her so memorable, besides short hair and straight dresses? Her independence. She flaunted it.

But was she real? If so, where did she come from? And if not, why is she such a famous figure in our cultural history? Those questions are answered by 2020 Honors graduate Kati Russ in her prize-winning senior thesis, “The Lost Generation’s Women: How Flapper Girls Helped the Lost Generation Find Themselves.”

“I think when we analyze literature in average English classes, we look at words on the page to find symbolism, but we miss out on gender dynamics,” said Russ, a native of Dayton, Ohio, and a Carolina Elite and Carolina Global scholar. “The construction of female characters in male authors’ work says a lot about how women were viewed in that time period. The way they’re constructed is how society views them and creates an expectation for what women are in society.”

An English major and women’s and gender studies minor, Russ examined two flapper characters created by the Lost Generation’s two most famous novelists, F. Scott Fitzgerald and Ernest Hemingway. But she also examines their “brooding” male narrators. Those narrators’ views on the flappers in their midst reflect how Fitzgerald and Hemingway felt about this new woman of the 1920s. Indeed, Fitzgerald believed he created her to begin with, Russ said.

“The way he put them out into the world made them into a real caricature, a real person a woman could be,” she said. “He kind of set out the characteristics of what a flapper is. He made her a reality.”

Originally planning to write her thesis about novelist John Green’s Manic Pixie Dream Girls and their influence on girls reading Young Adult literature, Russ switched to flappers at the encouragement of Catherine Keyser, her thesis director. Because Russ plans to earn a Ph.D. in modernist literature, a deeper study of flappers made more sense. So Russ began re-reading novels she’d read in high school, this time more closely, as well as academic articles. In Fitzgerald’s Tender is the Night, she looked not only at young actress Rosemary Hoyt but at how narrator Dick Diver, an older, married psychiatrist, looks at her. In Hemingway’s The Sun Also Rises, the way narrator Jake Barnes, a wounded veteran, describes the promiscuous, drunken Lady Brett Ashley says more about him than her. If you read carefully, Russ said, you realize Brett is a mentally ill woman who takes care of men as much as she seduces them. The perception and reality of this character illustrates Hemingway’s “Iceberg Principle,” she wrote. The “male gaze” is all-important when it comes to interpreting the flapper.

“Kati assesses the interplay between the narrator’s condescending view of the flapper he is fascinated with and the implication in the novel that she has a more complicated inner life,” Keyser wrote in her nomination letter for Russ to receive the William A. Mould Senior Thesis Award. “This argument serves feminist interpretive ends and augments the cultural history of the period.”

Named for a founding dean of the SCHC, the Mould Award is given by his family to the senior whose thesis shows creative and scholarly research and will have a clear impact on their field of study. “The complicated literary dynamic through which Fitzgerald and Hemingway both lambast and valorize the flapper demonstrates that women’s roles are both created by their social performances and also how they are received by observers in a patriarchal society,” Keyser wrote. “Her thesis thus has a clear impact in feminist modernist studies, an important literary subfield.”

Russ, who shares the award with biology student Libby Davenport, considers herself a feminist. At Carolina she was a founder and president of Women LEAD, an organization that fosters leadership skills among a diverse undergraduate membership. The programs she developed for the group involved global women’s issues, women and professionalism and feminism history. She credits her mother, a high school English teacher, with inspiring her to be an independent woman. “She taught me a lot about making your own way in the world and how far we’ve come in terms of women’s rights and civil rights, but we have a long way to go, in academia and literary studies as well.”

Her plans to be in Indonesia this year as a Fulbright awardee were dashed by the coronavirus pandemic. So she’s back home in Dayton, coaching a swim team and applying to graduate schools. A poet, Russ wants to teach feminist literary studies at the college level and write for her own enjoyment. Being home is a strong reminder of how she started this path to her future.

“In high school I made this promise to myself to read as many classics as I could because I thought that would make me a better person,” she said. “I realized I wanted something more serious. ‘What was this canon and why is it important? Why do we read certain books and not other books?’ I became fascinated with that.”

Her first was Fitzgerald’s This Side of Paradise. “I fell in love with the way he constructed different themes, and I fell in love with language. I became absolutely hooked and made my way through Hemingway. I could read how distressed they were with how America was going and they poured that into their writing. And you could see that in their personal lives, which were both pretty tragic.”

And so you could say the Manic Pixie Dream Girl is the granddaughter of the flapper. The MPDG usually leads the man who is fascinated with her to personal growth. Then she disappears.

“Flappers with a growing sense of independence made men like Fitzgerald and Hemingway reflect on their own lives and belief systems,” Russ said. “At the end of the day, I think they found that they themselves caused many of the issues that had previously been blamed on women.” 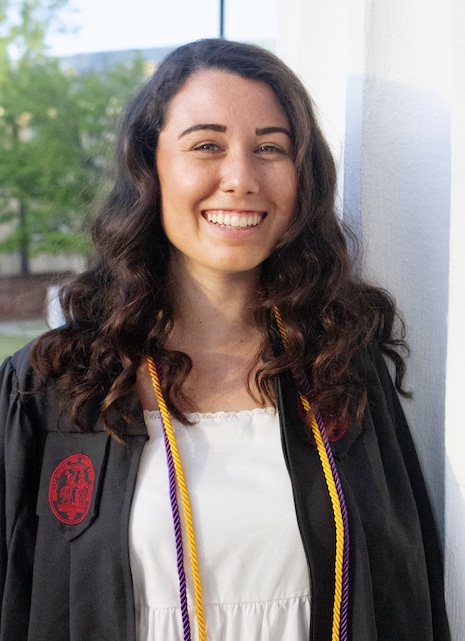