Remembering Peter Sederberg: A legend, a legacy and a love for the Honors College

If there was one thing Peter Sederberg wasn’t, it was disengaged. No, the cofounding dean of the South Carolina Honors College was always into something — and generally it was many things, from movies and music to politics and religion. Photos reveal a personality absorbed in the moment, whether arguing a point at an academic meeting or celebrating with a student who just won a revered scholarship. In one photo he’s giving a talk in the Gressette Room in Harper College, his hands moving so fast his fingers are blurred. But how could a camera capture all he was? Peter Sederberg, who died July 31, was not a person easily contained.

“He was a man of a whole lot of passion — about his family, the Honors College — that’s what I appreciated about him,” says Jim Burns, a retired English professor and associate dean of the college. “When he jumped in, he jumped in with both feet, no matter what he was doing.”

“He was an absolute troublemaker in the best kind of way,” Burns says. “He questioned everything as far as university policy was concerned. He would stand up at Faculty Senate meetings and people would groan. He would go on and on and would not let anything go. I found that so wonderful about him. He certainly believed in policy, but he had no problem questioning them, especially when it came to students.”

To Sederberg, all students were important. He supported an earlier “provisional year” program for students who weren’t admitted to the Honors College their freshman year but could transfer if they made the grades and were interviewed. And he was willing to try new things, like Burns’ famous Honors Motown course.

“That’s why we had those strange and weird and wonderful courses in the Honors College,” Burns says. “He’d say, ‘Let’s give it a shot.’”

One student Sederberg ushered to success is Caroline Potter. Today, she is senior research fellow with the Nuffield Department of Population Health and research associate with the School of Anthropology and Museum Ethnography at the University of Oxford. But 21 years ago, she was a chemical engineering major and dancer from Irmo, South Carolina, applying for a Rhodes Scholarship. She remembers the time and care Sederberg took to prepare her, which took “many hours across a number of months.”

“I really didn’t know what to expect from the application process or from subsequent life in England. Needless to say, the discussions that I had with him about current affairs and the Rhodes legacy — both positive and negative ­— were eye-opening and set me on a path that changed the course of my life,” Potter says. “I will always be grateful to Dr. Sederberg for his confidence in me, delivered with the right mix of kindness and good humor during a stressful but formative period of my undergraduate life.”

Honors College dean from 1994 to 2005, Sederberg came to the University of South Carolina in 1971, where he taught in the Government and International Studies department. He was a native of Minneapolis with an undergraduate degree in economics from the University of Minnesota and a doctorate in political science from Johns Hopkins University. Of his 36 years at South Carolina, 30 were spent in the Honors College.

Burns says, even before honors colleges were ranked, Sederberg would say the South Carolina Honors College was No. 1.

“He created a legacy and that’s going to live forever because of what he’s done,” Burns says. “He is the creator and the reason why the South Carolina Honors College is the top honors program in the country.”

Though he wrote six books, 20 referred journal articles, 12 book chapters and many speeches, reviews and conference papers, Sederberg considered his work with the Honors College the most important.

“Helping to establish and then leading the South Carolina Honors College was the most creative and rewarding professional experience of my life,” he said when the spring/summer 2017 issue of JNCHC (Journal of the National Collegiate Honors Council) was dedicated to him.

When Sederberg’s widow, Jan Love, started a scholarship fund in his honor in 2013, she said his work with the Honors College was the centerpiece of his career.

“He found extraordinary joy and energy in engaging the wonderfully creative faculty and students in the college,” Love said.

Of course, those students found extraordinary joy with him. From her home in Queensland, Australia, Julye Johns Bailey, ‘96 BARSC, cried when she heard her advisor, mentor and friend had left this earth. He’d coached her from freshman year to graduation, guiding her to change her major from political science to the Baccalaureus Artium et Scientiae program.

A partner in an Atlanta law firm, Bailey says Sederberg helped her when she couldn’t decide between law school at South Carolina or Vanderbilt, which she chose.

“He gave me the peace of mind to know that there was no wrong decision, and he was right,” Bailey says. “On a more general level, he reinforced that even a dean of the Honors College does not know everything — no one does — and that there is value in surrounding yourself with people with different interests, passions and skills.”

She had just that experience each semester when she met with Sederberg, Jim Stiver, George McNulty, and Burns to plan her curriculum for her last two years.

“At what college does a student have the undivided attention of four academics over the course of two hours with the only goal of shaping their academic career and, ultimately, their life?” Bailey says. “I was incredibly intimidated as Dr. Sederberg peppered me with questions about a wide range of subjects – computer programming, marine life, mathematical theories, impressionist artists, and Greek history. If I seemed to have a lack of knowledge or even hesitated before answering a question, he did not scoff or chide. Instead, he seemed pleased to have found an area of potential study. When I left that day, armed with a diverse and challenging curriculum, he seemed as excited as I was.”

Thanks to Sederberg, Bailey graduated with more than 100 honors credit hours — 55 more than necessary. And when she graduated on May 4, 1996, a photographer was there to catch that happy moment for student and teacher.

“We walked off the stage together,” she says. “His smile was as big as mine.”

A tribute to Sederberg will be scheduled at a later date. Donations to the Peter C. Sederberg Endowed Scholarship Fund can be made through the university’s online giving page. 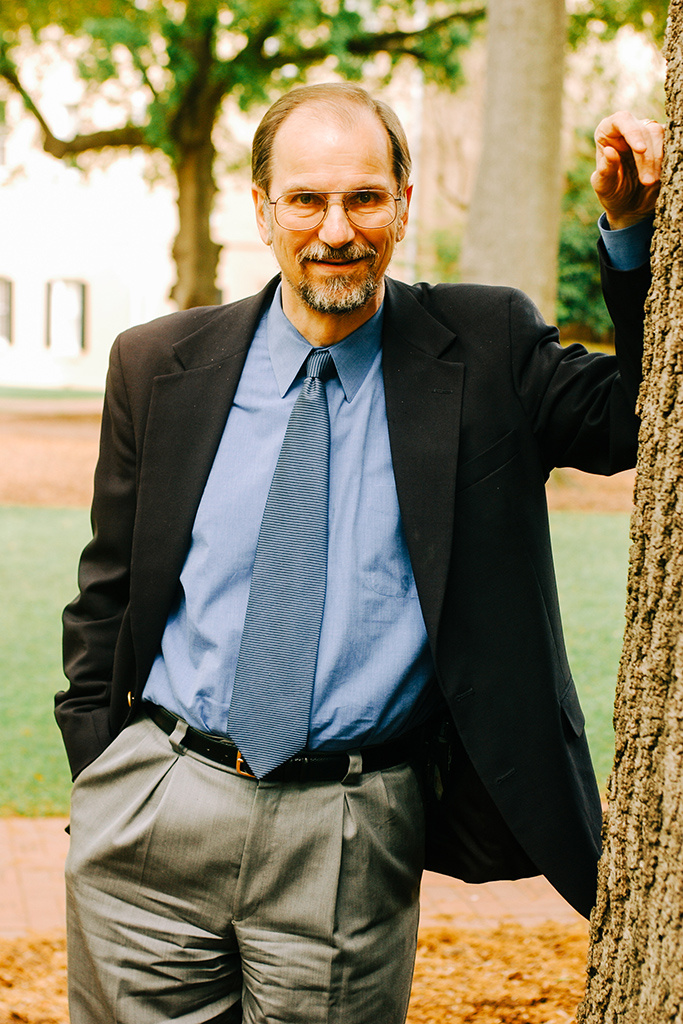 View photos of Peter Sederberg through the years.