The client seemed to have everything going against her. There was an abusive husband. A language barrier. No money. Having tried unsuccessfully to get a protective order once before, she didn’t have much hope she’d be able to get one this time. But sitting across the table from her at the nonprofit Charlotte Center for Legal Advocacy was University of South Carolina alumna Sharika Richardson Shropshire. She could speak Spanish. She could take in the woman’s “beat-down” attitude and appearance and respond to her skepticism.

“I said, ‘You’re with us, we’re going to walk you through this. It won’t be easy, but we will present your best case,’” says Shropshire, who earned a bachelor’s degree in finance from Darla Moore School of Business in 2008. “And she was successful. We got a protective order. And she was able to get a really good job with an agency where she was working with immigrants, giving back to her community. She was able to move away, get her son in a better school system and be financially independent.”

And that’s one of hundreds — yes, hundreds — of happy endings Shropshire has fostered since graduating from Duke University of Law in 2011. A Dillon, South Carolina, native who knew since her seventh-grade mock trial experience that practicing law was what she was meant to do, Shropshire has improved the lives of neglected and abandoned children, victims of domestic violence, immigrants targeted for crimes and subjected to discrimination, and tenants threatened with eviction while already living in horrific living conditions.

By age 28, she was director of the CCLA’s Immigrant Justice Program, supervising five lawyers and several paralegals, where her fluency in Spanish — achieved during an undergraduate summer abroad in Spain — proved invaluable.

“There’s nothing like the sigh of relief from someone on the other side of the table when they realize they can speak with me one-on-one,” Shropshire says. “They’re expecting an interpreter – and they’d be thankful to have one – but when they understand I know what they’re saying, it’s just priceless.”

Priceless as well was minoring in Spanish at the South Carolina Honors College, and the skillful advising from Jim Burns, who guided her from a humanities major to finance.

“He wanted to know what was really interesting to me and what I’d want to use,” Shropshire says. “And, just as a person growing up in small town Dillon, one thing I thought about was why there weren’t classes about personal finance or curriculums that teach you how to manage money and stocks and bonds. I was really interested in learning that from college and thought maybe in the future I’d want to teach or incorporate that in my practice.”

Shropshire found a wealth of knowledge from clinical assistant professor David Chappell. Not only did he direct her thesis about college debt, he provided free financial advice.

“When you’re in class with a finance professor for days on end, you have a professor and financial advisor in one,” Shropshire says. “It was a good time for me to soak up that knowledge from him.”

That business background no doubt helps at Shropshire’s current job as senior counsel at Wells Fargo, where she oversees matters pertaining to intellectual property, corporate properties, litigation from its branch banks, and Americans with Disabilities Act compliance claims.

But her work with indigent clients at the Charlotte Center for Legal Advocacy continues, though she left that post in 2016. She meets with those clients and more through other nonprofit organizations during lunch and after work. Her dedication to the underserved brought her the Charlotte Business Journal’s 2020 Outstanding Pro Bono Service award for corporate counsel. It recognized years of her work as a change agent.

“Being able to see her flourish and get her life on such a better path has been so amazing to me,” Shropshire says of the abused client she helped. “That’s why I do this work. It’s about changing people’s lives at such a low point when they think nobody will listen to them or care for them.”

“I’ve really learned the strength of people who are just trying to live their lives free of violence even when they have every obstacle thrown at them,” she says. “And it’s been eye-opening to see that people in very traumatic situations can still have moments of levity and can laugh and be happy. I’m able to give them options, and even if the options aren’t that great, they’re so grateful to have them.”

Immigrants, she says, are “such a vulnerable community.” Fluency in Spanish aside, why does she counsel them so well?

“I imagine my ancestors frequently when I’m working with immigrants,” she says. “Who would have helped them? Who were those people courageous enough to help black people before all the civil rights were in place, before opportunities were afforded to them? Even though I’m not an immigrant, I imagine my ancestors — another group who were oppressed and not given equal opportunities.

“One of the things I pride myself on is relating with anybody, being able to connect with humans, many who appear to be dissimilar from you. But really, we have so much in common. That’s a favorite thing about traveling. The human connection is the thing I really enjoy.”

So well did Shropshire connect with the abused client she steered to a better life that she asked her if she’d be a reference for the job at Wells Fargo.

“She was just so honored that I thought to ask her. It was like full circle — this person I was helping ended up helping me.” 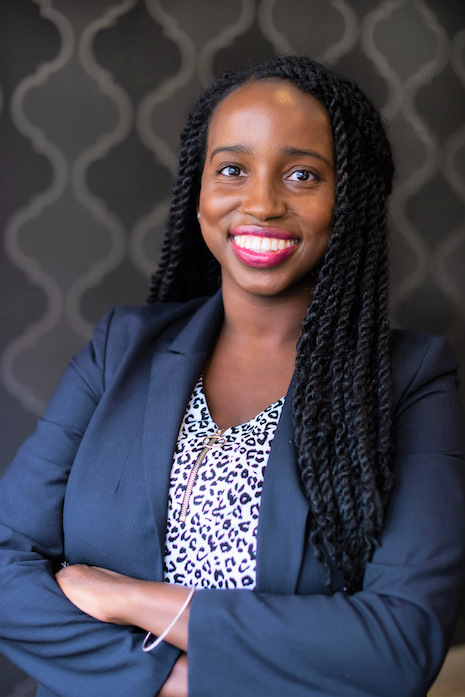 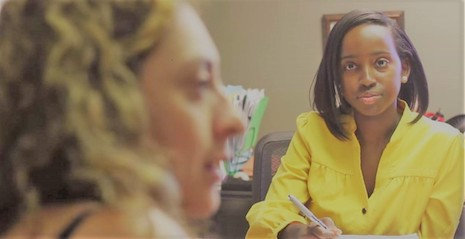 Shropshire’s expertise on immigration and the Americans with Disabilities Act has brought invitations to speak and appear on panels. “Sharika is total rock star,” says Erin Illman, partner with Bradley Arant Boult Cummings LLP in Charlotte.