Kwame Kennedy is not the kind of guy who lets opportunities fly by. Nor is he the type to simply seize them as they approach. Throughout every facet of his Carolina experience, the Honors sophomore has taken it upon himself to rewrite the script and make his undergraduate career uniquely his own.

A Top Scholar from Irmo, South Carolina, Kennedy holds the Carolina Scholarship, one of the most prestigious a freshman can receive. This award was his greatest motivation for choosing the University of South Carolina. Here he does not feel like a small fish in a big pond, but a student with an outstanding opportunity to make a significant impact. As a chemistry major and creative writing minor, he plans to maximize his legacy on campus as much as he can.

“Medicine is important to me because it is the way we find treatments for ailments people cannot heal on their own,” he explains. “Writing poetry helps me academically by allowing me to relieve my stress.”

Although Kennedy had always imagined himself going out of state for college, the SCHC offered him opportunities he couldn’t turn down. A plus for staying in-state is having family close by. He and his younger brother, Justin, are so close that Justin chose to follow Kennedy to UofSC; Justin Kennedy is a freshman in the Honors College.

Helping others and contributing to his community is why Kennedy chose to major in chemistry. Its multitude of theories and analyses are not what excite him, though. His true interest lies within the lab, physically making things happen though chemistry. Specifically, he enjoys his Organic Chemistry II lab. Seeing the final product of his work is the most satisfying part of the process, he says, adding that he hopes this chemistry education will help him succeed in medical school. Cardiovascular surgery is a specialty he is considering.

“I want to be a part of the process that helps us find new treatments and practices that can improve the health care we can provide patients,” he says.

Having received a SURF (Summer Undergraduate Research Fellowship) grant to further his lab time and perform research outside of the classroom, Kennedy currently is using the grant to assist chemical engineering professor Melissa Moss in her research about how peptoids can elevate symptoms of Alzheimer’s. Kennedy learns from upperclassman in her lab and assists everyone there.

As well as going to Gamecock football games, watching TV shows with remarkably bad writing, and going to see new Marvel movies with his friends, Kennedy spends a lot of his downtime writing. Creative writing has been an outlet for him for as long as he can remember, so adding a creative writing minor was a no-brainer.

“Writing allows me to be more creative,” Kennedy says. “Most of my academics are scientific and objective. There is not much room, if any, to express myself.”

So far, Kennedy has performed two poems at Ink! open mic nights. The Ink! Undergraduate English Association is an on-campus organization for students who enjoy creative writing and reading/critiquing English literature. His first performance, “The Perfect Guy,” targeted the ladies in the crowd. Essentially, he told them their “boyfriends are trash” and “terrible for them,” but Kennedy, well, is the perfect man for them. He says he loved performing a fun poem like “The Perfect Guy,” but his follow-up performance came from a more emotional place. In “Silly Little Fears,” he spoke about motivating himself and those around him to take risks and chances in life.

Kennedy has taken on two impactful leadership roles at South Carolina. During his freshman year, he was the community service co-chair for SUET (Scholars United Enrichment Team), an organization that helps other Top Scholar students, mostly freshman, participate in community service and professional activities. This year he is very enthusiastic about his position as PR officer for PANASA (Pan-African Student Association), a student-led organization that helps create a community for African American and African exchange students on campus. His role is to brainstorm ideas and strategies on how to get PANASA’s name around campus and seek new members. The organization’s goal is for everyone to enjoy their time at the university and make sure they are all feeling included.

Time management, staying focused, and making time for everything he wants to do are Kennedy’s biggest challenges. Still, he continues to take on responsibilities while accepting many of the opportunities the SCHC has to offer. Kennedy is letting his future remain a mystery to see how things play out in his future, but he is confident that whatever the future holds will be bright. 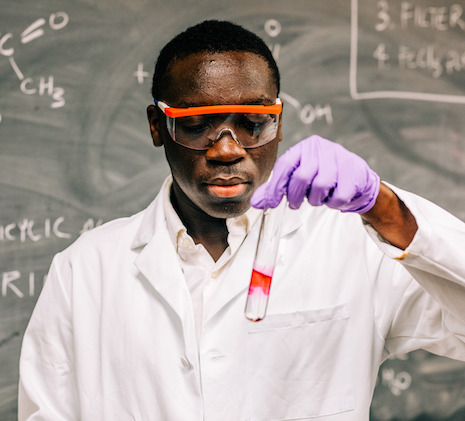 Irmo, South Carolina native Kwame Kennedy says that at the South Carolina Honors College, he doesn't feel like a small fish in a big pond, but a student with an outstanding opportunity to make a significant impact. As a chemistry major and creative writing minor, he plans to maximize his legacy on campus as much as he can.