Casey Diké Richardson has learned the power of her voice. In what she calls her “old life,” she used it for fun, singing for herself and others. That was when “fake it ‘til you make it” was her internal motto, when the question she asked friends and family was, “What would you do if you were not afraid?”

Richardson, ‘12 corporate finance, wasn’t afraid of anything. She’d learned to use her voice in the small honors classes where “you were eye-to-eye with the professor, and you couldn’t hide behind 50 other people.” She had to speak, and she did — winning one of only four Bank of America Corporate Treasury Analyst Program internship spots in the country the summer before her senior year. She accepted a job at the corporate headquarters in Charlotte after graduation.

Once in Charlotte, it wasn’t long before she networked her way onto the prestigious Balance Sheet Management organization, working on the Interest Rate Risk team. She was its only woman and only minority. When she asked her manager how she could be a top performer on his team, he told her she needed to challenge the status quo and suggest better ways of doing things.

She took note of this advice and a year later, while doing innovative work on the Enterprise Stress Testing team within the same organization, had more questions.

“Why am I the only Black person in this organization? Are other Black people not equipped? Are their resumes not strong enough?” she asked her manager.

The manager had to think about it. Eventually he replied that when he had openings, he told his friends and colleagues — other white men — before posting it on the company’s HR portal. While many people applied through the portal, there were always a few men — never women — always white, who emailed him directly.

“If they have that much audacity,” he said, “I need to meet them.”

It was a lesson in boldness she took to heart. And she may have put it into practice most dramatically when she came to work one day in 2016 and announced to her boss that she was moving to San Francisco. Her husband had attacked her violently two days earlier, and she needed to leave. And just like that, her old life was over.

Rebuilding her life in the Bay Area, Richardson was still employed with Bank of America, where she was a vice president in Global Corporate and Investment Banking – Wholesale Credit. As she had in Charlotte, she made friends with her colleagues. In 2018, when she saw that there had been zero full-time offers extended to Black interns globally in the business unit, she called the program manager in HR.

Richardson had just managed an Asian intern and offered him a full-time job; she wanted to know why her division hadn’t converted any Black interns to full-time hires. As she and her colleague talked through the situation, the program manager expressed that the hiring manager of the Black intern felt that the work quality was accurate and the GPA was on point. Still, the hiring manager said he just didn’t know if the intern “knew enough to be dangerous.”

Richardson could see what had happened. And it was cultural.

Impressed, the program manager asked her to build a curriculum to coach other supervisors on how to equitably assess tenacity, intellect and propensity to scale — for all candidates, minority or otherwise. So, Casey Richardson, who grew up in Gadsden, South Carolina and graduated as valedictorian of the Lower Richland High School Class of 2008, created a method for hiring used by the eighth largest bank in the world.

Her work paid off fast. In 2019, Bank of America’s Wholesale Credit summer internship class was 48 percent Black and Latinx, up from 16 percent the year before. It was one of three reasons Richardson won the corporation’s 2019 Global Diversity and Inclusion Award. She’d also created a successful Juneteenth festival for the Bay Area, enlisting Airbnb, Twitter and area tech companies as sponsors, and started talking about the trauma she’d experienced in Charlotte.

Appreciative of her bosses’ willingness to keep her employed while she moved across the country, she learned the power of breaking her silence around being a survivor of violence.

“I want leaders to see their teams as people and not assets, and to look for warning signs of abuse and to be proactive,” Richardson says.

Though enjoying work, new friends and activities in an exciting new place, all wasn’t well in Richardson’s new life. A year after arriving on the West Coast, she broke down. The many losses in her life — including the violent end of her marriage — caught up with her.

A debilitating depression forced Richardson to take a four-month medical leave and get help from a psychiatrist and counselor. They helped her understand that years of hard work, academic prowess, musical talent and solid friendships couldn’t erase the loss of her mother, murdered at 21. Or that her father, working long-distance, couldn’t bring her and her brother home with him to live until she was 12.

Richardson tells these stories and others in Pain Unseen: The Truths That Lie Beneath My Strength. Released in February 2020, the book is another way she uses her voice to help others. By exchanging “fake it ‘til you make it” for “be it ‘til you see it,” she’s made emotional connections that encourage readers to improve their lives. So far, she’s heard from 31 women who said Pain Unseen gave them the courage to leave abusive relationships. It’s also resonated with men.

“They’ve said it showed them how their mothers were taught differently than their fathers, and how religion plays a role in how they deal with circumstances,” Richardson says.

“There are a lot more people on the sidelines than should be,” she says, describing conversations she’d had with male readers who regret not helping victims they knew. “They read about the victim and how little support they get and the challenges of leaving and starting over, navigating PTSD and divorce. It makes them want to insert themselves into saving the lives of those people. One thing I say to everyone who comes to me is, instead of asking a victim ‘why don’t you leave?’ they should ask ‘why do you stay?’ The answer to that question — and helping to resolve it — holds so much more power than victim blaming.”

These days, Richardson lives in Cape Town, South Africa. The success of her book and her desire to help others prompted her to start her own work-from-anywhere business. In May 2020, she established Freedom in Fragility, a lifestyle brand and blog that encourages mental health, healing and self-love. Through Freedom in Fragility, she sells statement apparel and hosts open mic events, occasions during which she sings neo soul and R&B. In December 2020, she founded Richardson & Co. to help entrepreneurs improve their management processes.

It’s a very different life from her time at Bank of America, where she managed a $20 billion portfolio of term and intraday credit exposures for pre-IPO, middle market and large corporate technology clients. Now, Richardson coaches and consults entrepreneurs and is helping Black women at scale through her six-week BLAZE (Building Leaders and Accepting Zero Excuses) Business Intensive program.

Richardson also conducts impact work in Africa with Hello Tractor. With offices in Kenya and Nigeria, the company provides technology that allows farmers to replace manual labor with rented tractor services. Farmers can rent tractors they can’t afford to buy from other tractor owners in the region. Richardson’s job is to help entrepreneurs get financing so they can own tractors, thus increasing the supply of farming machinery on the continent.

“In Africa, Black people are not necessarily the minority, but they’re still marginalized. Many populations are unbanked and access to financing is virtually non-existent,” she says. “I know the rules of lending and I know certain rules can be re-engineered or disrupted to creatively offer solutions.”

Her professional style — study the situation carefully, devise a solution and execute without permission — has worked so far. Her plan to become a household name – she mentions Maya Angelou, Oprah Winfrey, Nelson Mandela – requires boldness and courage.

“To achieve progress and walk in solidarity with those less privileged, less protected, less represented, it takes boldness because you’re walking alone,” she says

Richardson says some members of her family weren’t keen on her moving to Africa, but she went anyway, and successful business partnerships have been created as a result.

“I have a huge passion for challenging the norm and making space for people who are so deserving but lack equitable opportunity,” she says. “I want to eradicate the barriers that exist today in terms of access to financial capital, knowledge and mentorship.”

More books are in her future, she says, and more business consulting. She no longer asks what she would do if she weren’t afraid. Her new question is “What do you want your legacy to be?”

“I want it to be that I gave women the courage to try — whatever trying means for them,” she says. “Whether it’s leaving toxicity or building a work-from-anywhere business or moving to Africa.”

All of which Casey Richardson has done. By age 31. 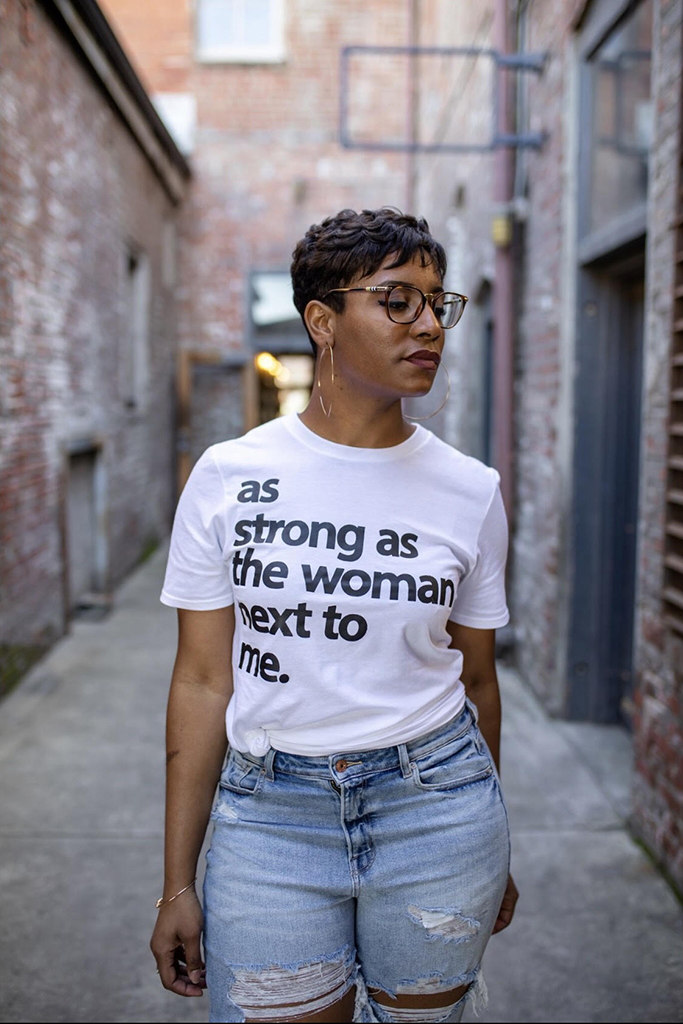 A legacy of courage.