Building wealth and sharing it

The question has plagued Chuck Redmond since high school. Where did the people of Jesse Jackson Town Homes go? The public housing community in Greenville seemed to disappear between the consecutive Sundays he and his family attended church nearby.

“All of a sudden, all of the neighborhood was gone,” he said. “I knew folks who lived in downtown Greenville. That’s when I realized Black neighborhoods are torn down and the people who live there move and they don’t come back.”

The South Carolina Honors College alumnus was puzzled by what he saw and worried about those residents. Redmond, ‘08 international business and finance, took his Carolina scholarship to Columbia and began his pursuit of social justice through economic means. It may not have seemed as defined as all that, but today the Greer, South Carolina, native is living near Washington, D.C., and working for Trident Management, a New York-based private equity firm that invests in small and medium-sized businesses across three industries: consumer, health care and industrial. Trident is a commercial-first investor but also maintains a social commitment to “doing well while doing good.” Core to Trident’s investment thesis is the belief that diversity in its multiple forms, especially racial and ethnic diversity, are a source of competitive advantage and value creation in commercial markets and organizations.

“We invest in red-blooded American businesses,” he said. “Diversifying businesses makes them better and stronger and will have a positive benefit in those communities with people they employ. When you have a broad view of attracting diverse talent, you can create financial value but also social value for under-represented and underserved communities.”

As Trident’s director of strategy, Redmond is combining skills he got at previous jobs. From McKinsey & Co., where he was engagement manager, he learned how to drive efficiency and effectiveness within companies, streamlining back-office functions like finance, HR and IT. As strategist at Cystic Fibrosis Foundation, he entered the nonprofit world, helping CFF align its financial and operating models to its mission to achieve a cure for cystic fibrosis. Immediately prior to Trident, he led strategy, finance and operations for Venture Philanthropy Partners + Raise DC, where he learned the value of strong partnerships in achieving better social outcomes for underserved communities and populations. At Trident, he combines learnings from these experiences to operationalize Trident’s strategies.

“I’m working with a team that believes in the power of doing well while doing good, who doesn’t think diversity is a PR stunt or will somehow return less in the market,” he said. “Working where I’m aligned in values is great, as is working with people who care about people. And yes, we want to make money for our investors but in a way that’s beneficial to the folks we’re working with. That just makes for a positive environment. That excites me.”

Trident currently has five companies in its portfolio and recently announced more than a dozen strategic partners committed to supporting it and its companies. That group of partners includes many woman and Black-led businesses and associations, a few of whom are fellow South Carolinians Redmond met either during his time at the University of South Carolina or through family members who still live in the state.

“It’s cool to see that people from where I’m from have also achieved success, and to be in a position to connect them with business opportunities.”

At 35, Redmond can trace his career climb to professors Jim Burns and Nicholas Cooper-Lewter. Burns, an English professor specializing in African American literature, told him he needed to write a senior thesis, something he wasn’t going to do. Cooper-Lewter, a sociology professor who died in 2020, taught a course based on his book, Black Grief & Soul Therapy, which Redmond found influential. Soon he was reading The Autobiography of Malcolm X and the writings of other Black leaders and thinkers. Mulling their beliefs about improving the lives of Black Americans, he wondered how those ideas could be updated for the 21st century. And bingo, he had the subject for his thesis – and a map for his future.

“I don’t remember much about the thesis, but I remember the conversations with Dr. Cooper-Lewter and Jim Burns – it was all about how to improve the Black community. I wanted to figure out the pathway to use business to help people who need it and people who look like me.”

Redmond had fallen in love with business through his mother. Before she retired, Sarah Redmond worked as an industrial engineer at Michelin North America. Conversations about “globalization” and business strategy at home sparked his interest in business. He found the allure of the University of South Carolina, with its top-ranked Darla Moore School of Business and international business major, impossible to turn down.

Once on campus, he encountered Burns, who did more than “encourage” (read strong-arm) Redmond into writing a thesis. He introduced him to Bill Keyes, founder of the Institute for Responsible Citizenship, and another mentor. Redmond was chosen to attend the institute’s two-summer program in Washington, D.C., where he studied economics and government, and made lifelong friends. Following graduation from South Carolina, he was accepted to Harvard Law School – “the application was easier than the one for business school” – but constantly hungered to get back to the work of doing well by doing good.

Calling Greenville “the poster town for small-town redevelopment,” Redmond says redevelopment – with its uprooting of underserved communities – happens everywhere, all the time.

“You see the same story over and over again, and you try to figure out how not to stop that happening but how to make sure everybody gets to participate and benefit in the growth,” he said. “I do believe markets and business are great tools that can be used for good and can create upward mobility for people.”

He’d like people to know that research has shown that when minority businesses gain equitable access to capital, everybody wins.

“It’s a multi-trillion-dollar opportunity for our country,” he said. “But capturing that opportunity requires us to think differently and challenge the status quo.”

When Redmond isn’t trying to improve the world, he spends time enjoying life with wife, Hillary, an advertising executive, and Elizabeth Joan, their one-year-old daughter. Note he wants to “improve” the world, nothing more dramatic.

“After I had my daughter, I don’t feel the need to conquer the world or fix everything anymore,” he said. “I just need to do enough so she can conquer the world. That’s how my views have shifted.” 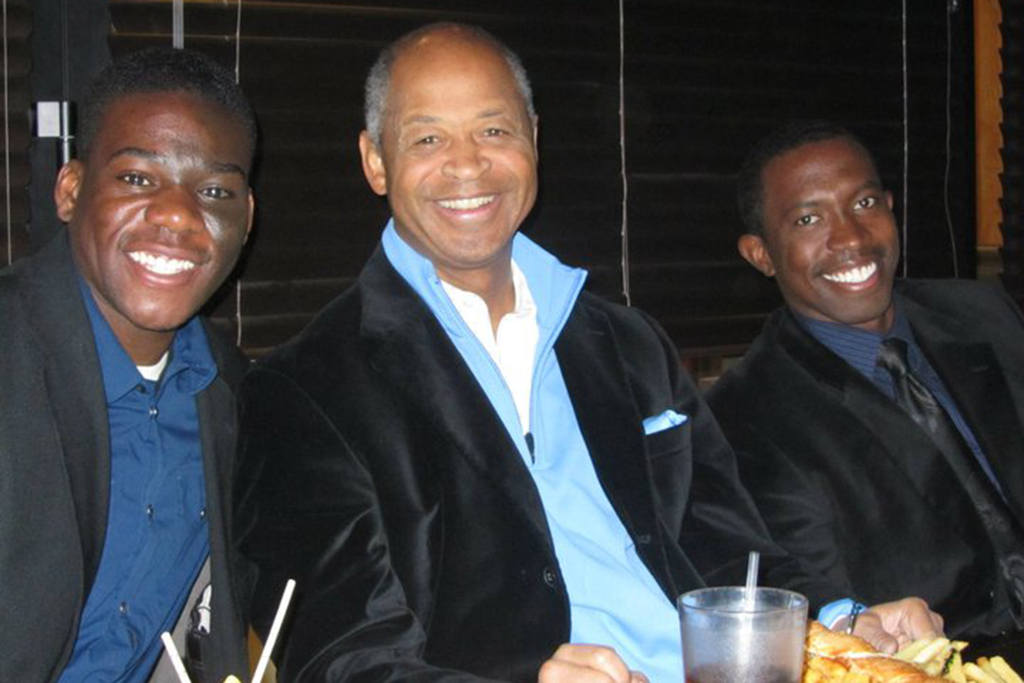 Photos of Chuck Redmond and friends and family.

In his own words

I often say I went to Harvard for law school and use my degree from the Honors College and Moore School way more than my Harvard degree. South Carolina holds a special place in my heart and I’m very grateful for the opportunities that that foundation has afforded me. I’m working hard to pay it forward, and the work I do isn’t just to make me and my family wealthy, but a benefit for folks around me. Hopefully I can do for other people what Jim Burns and other people did for me.