Horror movies are a Halloween staple, with many people using their October evenings to watch movies featuring monsters, murderers and gore. But for author, professor and horror lover Julia Elliott, horror movies have much more to bring to the table than simple jump scares.

"I feel like horror, more than any other genre, reveals the anxieties and fears of a culture at any given time. At the same time, it reflects deeply psychological, kind of universal fears that all humans share," Elliot said.

Elliot teaches the Honors proseminar, Monstrous Mother, Diabolical Daughter and Femme Fatales: Gender and Monstrosity in Horror Films. The class gives students an in-depth look at the meaning and impact of the horror genre.

"Horror films are sort of a window into society's feelings about gender and its confrontations. Like our confrontations with monsters basically enable us to figure out what we believe about things like gender and sexuality and to sort of grapple with our fears," Elliot said. "And a lot of times, monsters will reflect transitional ideas during changing times."

This year's class focused on the monstrous feminine in the context of the family structure. Students watched movies like Suicide by Sunlight and Under the Shadows, where female protagonists struggle with motherhood and supernatural forces.

For freshman biomedical engineering student Layla Confides, the class has helped her understand the impact of women in horror and how filmmakers have creatively told their stories.

"I love movies. And I love the horror genre specifically, and I have some favorite movies that I didn't even notice, but they were women focused in the first place," Confides said. "I've learned so much about film and the women and the horror genre and how much we are actually underrepresented."

In addition to class discussions and readings, there is also a service learning aspect of the class, with students hosting three film screenings for members of the Columbia community. Students create all the promotional and supplemental information for the screening, including posters, film descriptions, program notes and critiques.

Elliot said that for some students, these activities "brought out creativity that they didn't realize they had."

Students also welcomed audience members to the screenings with an introduction of their choosing. This year, Confides and her group decided to introduce the film Titane with a short movie filmed, performed and narrated by students. She said she enjoys being able to bring something entertaining and out of the ordinary to the community.

"I talked to all my friends about it, and they're probably tired," Confides said. "I just love teaching everybody about what I learned in this class because it's so interesting."

The class is discussion-based and encourages students to think critically about how filmmakers use horror to make political and artistic statements. Elliot said it is a beneficial class for students interested in horror films, regardless of major.

"When you watch a lot of interesting horror films, you realize what a rich and diverse genre it is. It's not just about cheap thrills and slabs," Elliot said. "I feel like even if someone has sent up sort of a casual interest in horror that they usually get a lot out of the class."

Students interested will be able to enroll in Elliot's class next fall. 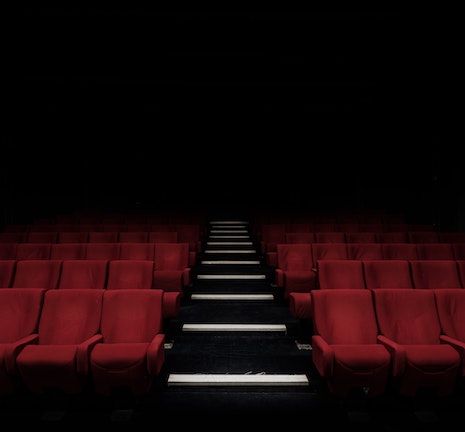 For the fall 2022 class of Monstrous Mother, Diabolical Daughter and Femme Fatales: Gender and Monstrosity in Horror Films, the students analyzed three films that were shown throughout October in collaboration with different venues in Columbia, SC.