USC Lancaster reopened for in-person classes on August 20, 2020. Face coverings are required on-campus and social distancing is encouraged among members of the campus community. The semester will be offered in an accelerated format, with in-person instruction ending on Nov. 24. In addition, classes will be held on many traditional holidays and breaks to allow for the semester to end earlier than usual. Classes will be held remotely on General Election Day (Nov. 3), Nov. 30 and Dec. 1. Fall break will also be cancelled with face-to-face instruction being held on Oct. 15-16. Frequently check this COVID-19 link. and the gray boxes below to stay up-to-date with the latest news and updates. 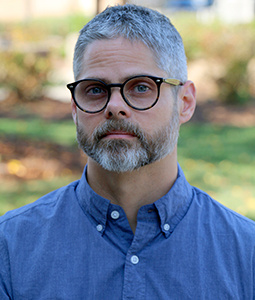 Patrick S. Lawrence is an Assistant Professor of English at the University of South Carolina, Lancaster. His research links obscenity controversies surrounding artistic production with American political rhetoric and addresses issues of race, gender, and sexuality. His primary areas of specialization are 20th-century literatures of the United States, American Studies, and critical theory. He is currently working on a book called Obscene Gestures: Counter-Narratives of Sex and Race in the Twentieth Century, which reconsiders the divergent afterlives of novels, plays, and other works that depict taboo subjects based on different narratives of racial, gendered, and sexual possibility during the late twentieth century. His work has been published in Mosaic, Asian American Literature: Discourses and Pedagogies, and Intertexts, and is forthcoming in collections from Cambridge University Press, University Press of Mississippi, and Utah University Press.