Jack Bryan can tell you some stories about his 35-year career with the South Carolina Attorney General’s Office. From the pushback he received introducing computers in libraries, to witnessing diversity take hold in the highest levels of government administration, Bryan has seen history unfold. He credits his degree from the then-College of Librarianship for making his long career in public service possible and hopes that by giving back he can empower others to do the same.

Growing up, Bryan was the first in his family to pursue higher education. His grandfather never finished elementary school, and his parents were limited by the Great Depression and World War II.

By chance, a young Bryan saw a newspaper article about a new library science program at USC. His parents had always valued education and travel, and with their support he packed up his belongings and left upstate New York for Columbia, South Carolina.

His plan was simple.

“I bet that I’d get that degree, go back to New York and have a fast track to a public school administrator career,” Bryan says.

But things didn’t quite go as planned. Midway through his first semester at college, Bryan toyed with the idea of quitting before his advisor, Catherine Cveljo, talked him out of it.

“I will always be indebted to her,” says Bryan.

He also wasn’t fully applying himself. That changed, though, after one of his professors, Dr. Chai Kim, handed back a paper that Bryan hadn’t given 100 percent on.

“Looking me in the eyes, all he said was “You can do better than this,” Bryan says. “I promised myself I would never again take for granted or waste the opportunity for anything.”

Because of these two influential figures — and the lessons he learned in Davis College — Bryan was ready to do more than he dreamed possible after reading that newspaper clipping just a few years prior. Two months after almost quitting school, the college’s dean recommended him for a job at the South Carolina Attorney General’s Office to work in the library.

Bryan knows that he can’t take full credit for the fortunate path he took, and that there were many people who greatly helped him along the way. So for that reason, he donates funds every year to the College of Information and Communications as a member of the Dean’s Circle Society to try and help current students just as his advisor, teacher and dean had helped him in the past. He also has established two scholarships, the Cook Evans Kaminski Fellowship Fund and the Scholarship for Services to Persons with Learning Disabilities Fund, to provide support to SLIS students.

“I’d be pretty damn stupid to think that was all because of me,” says Bryan. “So, I figure there is some other student out there who needs the same chances I got. The best way I can help them is by giving them a chance through Davis, so I give every year.”

He says he’s reminded of a quote by his favorite writer, Kahlil Gibran: “You give much and know not that you give at all.” And with that in mind, Bryan challenges others to give — financially or with their time – so that current students may be aided in the same ways that he was. 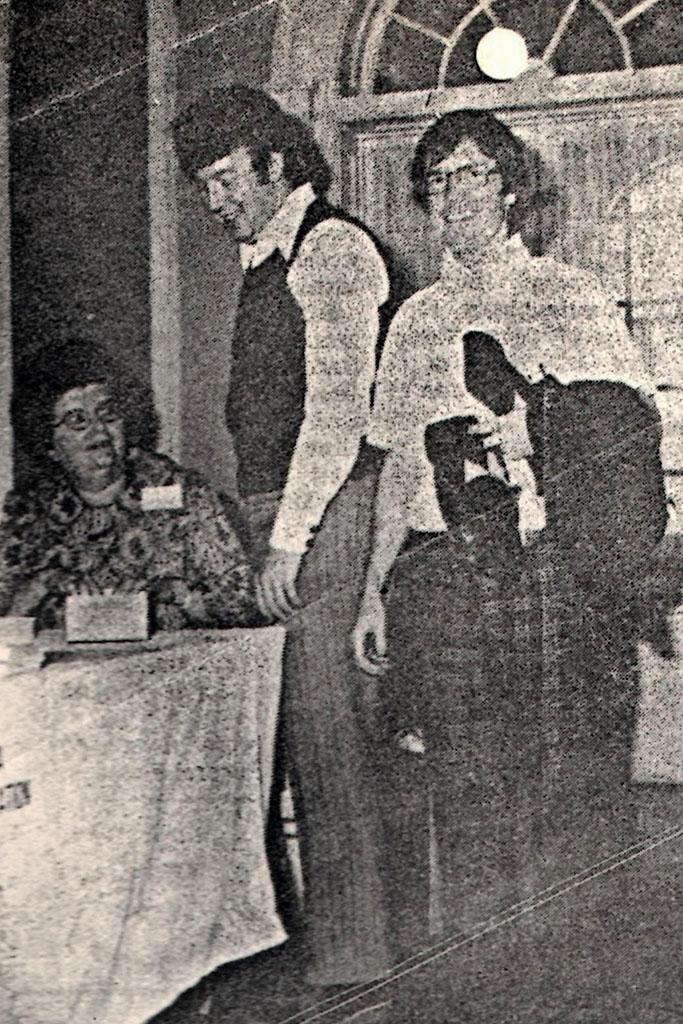 Jack Bryan: Through the Years

How You Can Help Students

Your gift, in any amount, can help support the College of Information and Communications in a variety of ways.
Read more»