Education Foundation Distinguished Researcher Fred Dryer has been elected to the National Academy of Engineering (NAE) for his “contributions to the understanding of combustion processes for propulsion and transportation applications and for fire safety.”

Dryer received the prestigious recognition Feb. 9, along with 105 other U.S. members and 23 international members. He is the third faculty member at the University of South Carolina College of Engineering and Computing elected to the NAE in the past four years, and fourth member overall, joining Michael Sutton, John Monnier and Paul Gaffney II.

Over the course of his long and productive career, Dryer’s work has focused on many engineering problems that depend upon the interactions of fluid dynamics, multi-phase chemistry and physical chemistry, chemical kinetics, energetics and heat transfer.

From improving space safety to advancing our understanding of e-fuels and alternative energy production, we will be experiencing the profound impact of his work for decades.

- Hossein Haj-Hariri, Dean of the College of Engineering and Computing

Dryer has received numerous professional honors, including fellow appointments to the Society of Automotive Engineers, American Society of Mechanical Engineers and International Combustion Institute, and the American Institute of Aeronautics and Astronautics as an associate fellow.

“I am most grateful to have received these recognitions,” Dryer says. “However, to be elected to the NAE is the most prestigious, superlative recognition that one can imagine in my profession. I’m truly overwhelmed by the announcement.”

Dryer’s career began in 1972 as a professional research staff at his alma mater, Princeton University. In 1981 as a tenured faculty member, along other colleagues at Princeton and NASA Glenn, he initiated isolated droplet studies in drop towers, eventually leading to experiments many years later on three NASA shuttle flights (STS-73, STS-83, STS-94) and experiments on the International Space Station from 2009-2018.

“Fred’s seminal work helped advance the entire field of combustion,” says Hossein Haj-Hariri, dean of the College of Engineering and Computing. “From improving space safety to advancing our understanding of e-fuels and alternative energy production, we will be experiencing the profound impact of his work for decades. Here at South Carolina, we had committed to creating a world-class combustion research team with a focus on translational research of high impact. This vision sat well with Fred, and I am delighted that he chose to leave his alma mater and home of more than 50 years at Princeton to join us."

Dryer joined South Carolina as an Educational Foundation Distinguished Research Professor in 2016, moving all of his laboratory research facilities and remaining research contracts to Columbia. Alongside two former professional staff associates with whom he worked at Princeton, Tanvir Farouk and Sang Hee Won, Dryer is developing a world-class combustion and propulsion research effort within South Carolina’s Mechanical Engineering Department, including new laboratory facilities in the McNair Aerospace Center.

Truly the legacy, I think, of someone in academe is the students that they produce and the things that they accomplish.

Currently, Dryer’s research interests are focused on improving combustion performance, emissions and carbon utilization efficiencies of carbon-containing fuels, and e-fuel technologies to yield “green” energy carriers for storing and distributing renewable energy from wind and solar, as well as nuclear energy sources. Dryer is especially interested in “green” ammonia as an e-fuel for supplying hydrogen to be used in combustion and fuel cell applications.

“It’s not my research or my research discoveries that I am most proud of. Instead, it’s the students — both undergraduate, graduate, faculty and professional/technical staff — that I’ve had the fortune to work with over the last 50 years and even now, and the things they have already or will accomplish over their careers,” Dryer says.

“Truly the legacy, I think, of someone in academe is the students that they produce and the things that they accomplish. I tried to contribute to a lot of things that I saw of importance, especially in terms of advancing engineering applications. I don’t believe I would put my name to any one of those discoveries that emerged to move an application forward and say, ‘I’m the person.’ That’s never been my intent; that’s never been my interest. I’ve got to admit I’m ecstatic to have been elected to the NAE, but it’s never been a career-motivating goal.”

Election to the NAE is one of the highest professional distinctions an engineer can receive. The academy recognizes outstanding contributions in engineering research, practice or education and innovative advancements across traditional and emerging engineering fields, as well as engineering education. Dryer will be formally inducted during NAE’s annual meeting Oct. 3. The induction of his class will bring NAE’s total U.S. and international membership to 2,355 and 298, respectively. 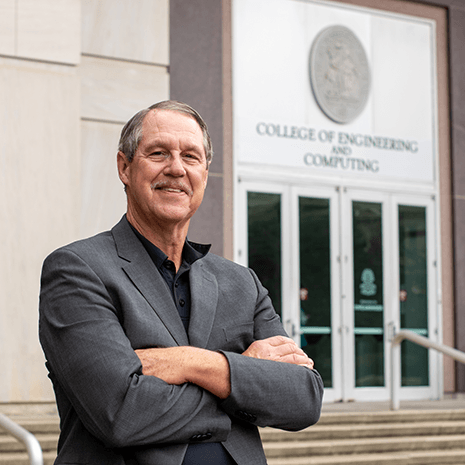 Perseverance guides Sutton to the National Academy of Engineering

Michael Sutton’s election to the NAE is validation to everyone who ever doubted the importance of the DIC technology he has spent the last 38 years of his career developing. And, more than anything, it’s proof to his students and future generations of engineers that dedication and belief in oneself are the defining prerequisites for greatness.

More about this 2020 NAE member 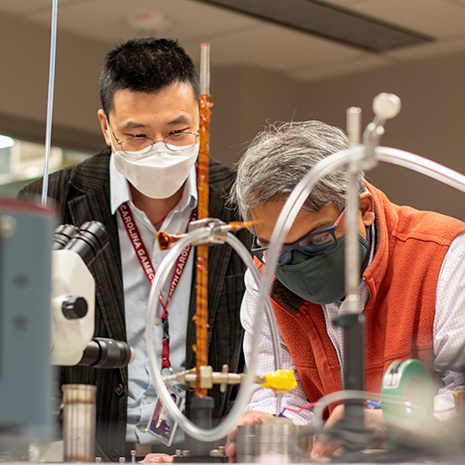 Learn more about our collaboration 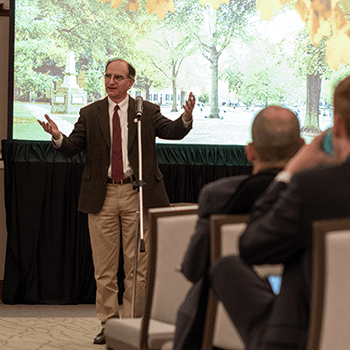 The latest advancements in combustion engineering were shared at the 2020 ESSCI Spring Technical Meeting Eastern States section of The Combustion Institute, which was hosted by the UofSC CEC from March 8-11, 2020.

Read about the 2020 conference 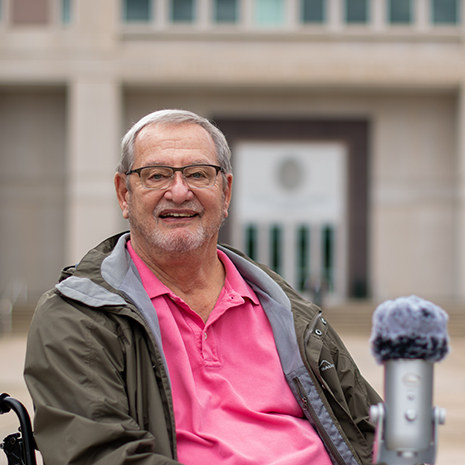 John Monnier: Working in Industry, Bimetallic Catalysts, and Researching Until He Dies

John Monnier discusses his time working in industry, his groundbreaking research in bimetallic catalysts that resulted from it, and what he plans to do for the rest of his life.

Hear John Monnier on the Innovation on Main Podcast