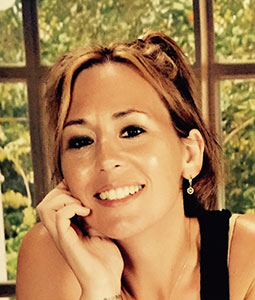 Prof. Marybeth Lee Berry was born in New Jersey and raised in Rhode Island. She minored in theater at Longwood College in Farmville where she performed in various mainstage productions. A high school drama teacher for 2 years in Orlando where she produced and directed over 10 productions, she left to pursue her graduate degree at Actors Studio in New York City where she worked Off-Broadway on Sam Shepard's newest play, God of Hell and Off-off Broadway on Stuart Vaughan's As You Like It. She recently completed her MFA in Theatre at Rhode Island College. She has performed with various regional, summer stock, and community groups and has some film/tv credits.

Theater credits: Maria in Maria's Pictures (US Premiere), Kate Keller in All My Sons, Ouiser in Steel Magnolias, Julie in Miss Julie, Mistress Hibbens in The Scarlet Letter, Polly in The Boyfriend, Fraulein Kost in Cabaret, Nan/Katie/Lou Ann in Quilters, Twirler in Talking With, Evelyn in The Children's Hour, Alice in Alice in Wonderland, Cesca in the Business of Passion (world premiere). Film/tv credits include Young Susie in Ghost Town, Christiana in Pilgrim's Progress,  Flo in Samuel Beckett's Come and Go, Sarah in Gooseberry Island

Directing credits include Give and Take, Anything Goes, Alice In Wonderland, High Society, Searching for David's Heart, The Great Pandemonium, These Two Couples Went to Italy (2x), The Philadelphia Story, Adam's Apple, You're a Good Man, Charlie Brown, Our Town, Waiting for Lefty. Recently resigned from position as the artistic director for Big Dawg Productions of Wilmington, NC, she finished working on a short film adaptation based on Samuel Beckett's "Come and Go" which can be viewed on Youtube and was a finalist in the avante garde category at the 2008 Cape Fear Film Festival.  She performed her MFA Final Project, Jean Cocteau's The Human Voice  and the autoperformance, A Mother's Journey, as a showcase in January 2008 at the Producer's Club in New York City.

In late 2009, she was nominated for Outstanding Direction for the Metrolina Theatre Association for “Waiting for Lefty” and recognized for Excellence in Directing by the Kennedy Center American College Theatre Festival for “Our Town."  She has consistently been nominated for Best Direction annually for MTA and also received another recognition from KCACTF from 2010-2013.

In 2011, Prof. Berry has been invited to the Dionysius Festival, an international theatre festival in Osijek, Croatia to perform a one woman show, “Maria’s Pictures” which will also be filmed as a festival feature entry.

In 2013, she presented a workshop at the La MaMa Directors' symposium in Italy and is currently certified as one of only a few teachers in the expressive actor method (www.expressiveactor.org).

In 2014,  in collaboration with NYC playwright Catherine Filloux and international director Andrea pacciotto, "I Am Here" was created and produced through a year long project culminating in a residency for students in Umbria, Italy where they performed at the La MaMa Spoleto Open Theatre Festival and preceded to premiere the production in New York City with La MaMa ETC and CultureHub.  She also directed a segment for telepresence with her students to be part of the "One" Festival at the Seoul Institute of the Arts in Korea.

She most recently performed in the La MaMa Spoleto Open 2016 with her solo performance "Bea & Me", an almost decade long research and creative project that finally found a voice and purpose.

She loves to spend her free time with her loving husband, Chris, a Retired Army Major and their two rambunctious boys, Blaize and Flynn