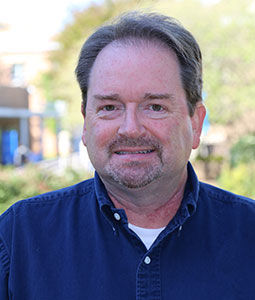 Mr. Faulkenberry started as a student at USC Lancaster in the Fall of 1987 and earned his Associate in Science in the Spring of 1989.  He went on to complete his Bachelor of Science in Business degree concentrating in Information Management from USC Spartanburg in December of 1991.  Mr. Faulkenberry started his Information Technology career with the SC Department of Health and Environmental Control in 1992 where he worked in two public health districts and served on several agency wide committees.  In addition, he joined the South Carolina Public Health Association in 1995 and served numerous committees and Governing Council as Member at Large, Vice President and Treasurer.  Mr. Faulkenberry returned to USC Lancaster as Director of Computer Services and IT in November of 2001.