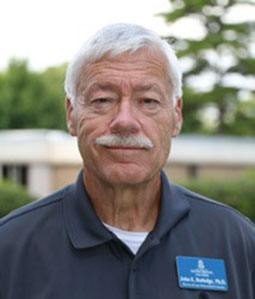 Crime Prevention Through the Use of Glazing Applications. Seminar presented in 1978 at the SC Criminal Justice Academy.

Crime Prevention Tips and Techniques. A seminar conducted at various locations throughout Lancaster and surrounding communities during the period 1977-1979.

Crime prevention and community relations’ media presentations (radio and newspaper) during the period 1977-1979.

The Criminal Justice Mini-Course. A seminar designed and presented to teenagers in the public schools in 1977, 1978, and 1979.

Crime Impact Study. An unpublished research project conducted in 1980 as a part of graduate study.

The psychological and sociological perspectives of crowd control during civil disturbance operations. A seminar presentation for National Guard Junior Leadership 1981, 1982, and 1983.

Military and civilian interaction during civil disturbance operations. A seminar presentation for military leadership in 1981, 1982, and 1983.

Partners in Peace, Albania Program. A working seminar presentation conducted on site in Tirana Albania and in SC in 1993. This seminar presented and demonstrated the democratic principles of military action in disaster and peacekeeping operations.

Strategic Development and Recruiting. A decision-making workshop conducted for the State of Utah National Guard in 1994.

Transition Workshop. A seminar conducted for the SC National Guard in 1995.

Partners in Peace, Poland Program.  A working seminar presentation on the democratic principles of military action in disaster and peacekeeping operations in 1996.

Organizational Behavior. A seminar conducted as a part of the SC Strategic Development Center Facilitator Training Program in 1996,1997, and 1998.

Decision Making Under Risk and Uncertainty. A seminar conducted as a part of the SC Strategic Development Center Facilitator Training Program in 1996,1997, and 1998.

The role of society and the future of our youth. A seminar presentation conducted for the United Methodist Women’s Annual Conference at Georgetown SC in 1998.

Role conflict and ambiguity study of two first responder law enforcement agencies in 2000. A copyrighted and published study conducted as a part of doctoral work.

Leadership Through Partnership. A seminar presentation at the SC State School Improvement Council conference in 2000.

Strategic Planning. A workshop conducted for non-profit organizations in 2001 and 2002.

The Criminal Justice Curriculum at the University of South Carolina. A Learn TV (Cable) presentation conducted in 2001.