Hundreds of thousands of people all over the world stopped what they were doing this week to reflect on the importance of media freedom.

Monday was World Press Freedom Day, which was mentioned more than 350,000 times on social media, according to an analysis by the Social Media Insights Lab at the University of South Carolina in the United States.

“This truly was a global conversation,” said Kait Park, Insights Lab manager. “We saw thousands of mentions coming from the United States, Myanmar, the United Kingdom, India, Singapore and elsewhere.”

The Insights Lab used powerful Brandwatch Consumer Research software to analyze the comments.  It found significant support for the importance of accurate, reliable information as well as concern for those journalists in countries that suppress media freedom.

Many comments related to Myanmar, where more than 80 journalists have been arrested since a military coup in February. Trending topics identified by the Insights Lab included:

The Committee to Protect Journalists calls what's happening in Myanmar “a humanitarian crisis of the press." “Myanmar has always been a difficult place to seek the truth,” said Randy Covington, director of special projects for the university's College of Information and Communications. “We need the eyes of the world on Myanmar to protect these brave journalists, which is why World Press Freedom Day is so important.”

The lab found the top influencer in the social media conversations was United Nations Secretary General Antonio Guterres, who went to Twitter to urge governments “to do everything in their power to support a free, independent and diverse media.”  The tweet was seen by more than 3 million people, according to Brandwatch.

In 1993, May 3 was proclaimed World Press Freedom Day by the U.N. General Assembly, and it has been celebrated on this day every year since.

The lab is part of the College of Information and Communications. It is used for teaching, academic research and public reports intended to help people better understand issues of the day.

For media inquiries or to request graphic files, contact Rebekah Friedman at rebekahb@mailbox.sc.edu.

How is sentiment calculated?
The Brandwatch Consumer Research gauges the emotional tone of conversations using auto-sentiment artificial intelligence technology. This feature is useful for identifying patterns within large sets of social media data, but it should be noted that auto-sentiment has its limits. For example, it does not always recognize sarcasm, nor does it account for posts which may express more than one emotion. 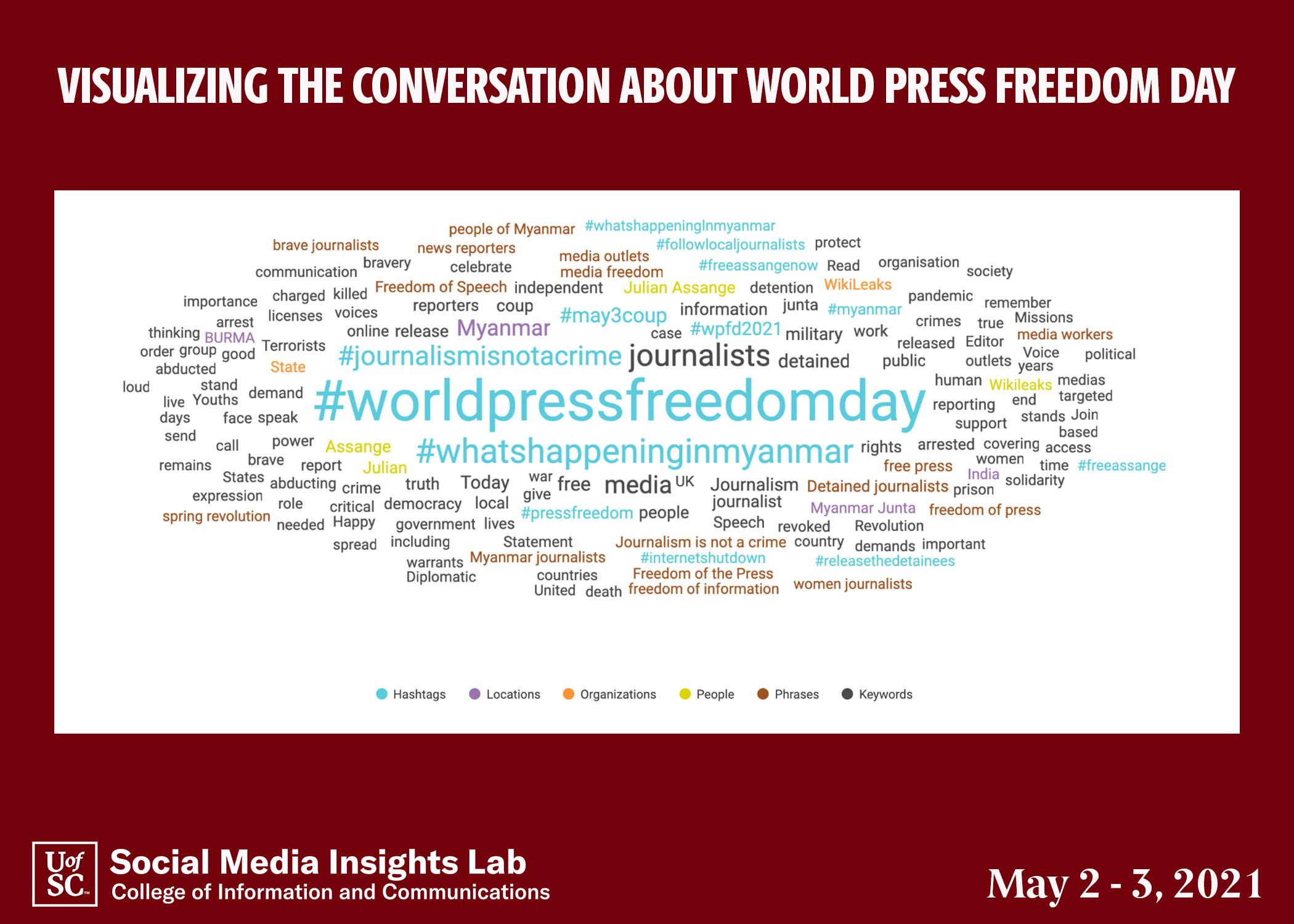