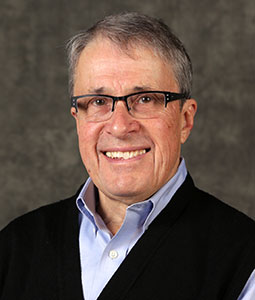 Randy Covington joined the faculty in 2001.  He previously worked in television news for 27 years, serving in management positions for stations in Houston, Louisville, Boston, Philadelphia and Columbia.  His awards include a du Pont Columbia Citation, four Emmys and an Ohio State Award.  The Radio Television News Directors of the Carolinas (RTDNAC) has honored Covington as its news director of the year.

Covington's research interests include digital media and how news organizations must change to compete in a new media world.

BG TIME, an innovative program in which college students trained in new media skills and then were paired with senior citizens to produce multi media content for a website done in conjunction with The State newspaper in Columbia.  $195,000, funded by the Central Carolina Community Foundation and the John S. Knight Foundation.  2009-2011

AMBER Alert training.  Working with several other UofSC journalism faculty members and spearheaded by the late Hugh Munn, Newsplex trained broadcasters and others on best practices for the AMBER Alert system to find missing children.  $154,000, funded by the U.S. Department of Justice.

For more than a decade, Covington has taught Freedom, Responsibility and Ethics (J501).  The course is highly interactive and requires critical thinking, as students wrestle verbally and in writing with issues such as privacy, racial sensitivity and sensationalism.  The class places a special emphasis on ethical issues involving digital media. In addition, Covington periodically teaches classes in multimedia storytelling, drawing upon his 30 years of experience in broadcast journalism.

Board, Family Promise of the Midlands

Covington is married and has two sons and two step daughters.  He enjoys traveling, bicycling and reading.

Journalism under fire »
What does the spread of authoritarianism mean for journalists across the globe? Randy Covington, CIC director of special projects, weighs in on press freedom for The Conversation.