Benjamin Davis, Ph.D., has always had an entrepreneurial mindset. His father operated his own business, and Davis would tell his parents that he wanted to be an inventor. He may not have planned to run his own business, but Davis now combines his innovative nature and love of research to lead a company that is developing advances to improve lives.

Davis is the founder and CEO of Columbia-based ASSET, LLC. He leads a small team of researchers who are creating intelligent infrastructure that integrates with surrounding physical spaces. He created ASSET after six years of research into the automatic detection of human falls through user-independent, smart homes.

We're using the vibration technology to locate and detect falls and are measuring gait in clinics using the same core technology, with the goal of predicting oncoming falls.

“It's hard for engineers to get into a spot where there’s opportunities for more innovative work and invention,” Davis says. “I've always had that creative mind that wanted to invent, and that naturally turned into this opportunity.”

Long before ASSET, Davis met Juan Caicedo, chair of the Civil and Environmental Engineering Department, during a tour of the College of Engineering and Computing. Caicedo approached Davis during his freshman year in 2009 and asked if he was interested in working with him on research projects. Davis’s specific research interests included smart technology in infrastructure, and looking back, he believes the college set a foundation for his research interests that influenced his future.

“The whole time working in the structures lab with [Juan] Caicedo and seeing other undergrads and graduate students was important. All of that fostered a great environment to pursue research and be supported in that pursuit,” Davis says.

After Davis received his bachelor’s degree, he attended the University of California, Berkeley for his master’s degree in engineering and program management. After graduating, he returned to Columbia to earn for his Ph.D. in civil engineering (structures). But it was in California where Davis began the National Science Foundation Graduate Research Fellowship program, which continued during his doctoral studies.

“I first learned about it during my sophomore year, and Caicedo told me that it might be something I would be interested in. I asked him about it again when I was a senior, and he fully supported me,” Davis says.

After working on an expansion of his undergraduate research, Davis switched to another project that a graduate student had started with Dr. Victor Hirth, a geriatric doctor from Palmetto (now Prisma) Health. The research involved using floor vibrations to locate and detect falls. Davis used vibrations in nursing homes to recognize falls, which ultimately became the basis for his dissertation and ASSET’s current work and technology, known as the Force Estimation and Event Localization algorithm. This estimates the force of an impact that causes a structural vibration and finds the location of the impact.

“If someone falls in one room and someone else in another room is just moving around, the goal of the technology is to be able to tell the difference and know the physical location where each action occurred,” Davis says.

While working on his dissertation, Caicedo suggested that Davis create a patent based on his research. The patent, “Impact Force Estimation and Event Localization,” gave Davis the opportunity to use the license to start a company and develop a product. He submitted a business plan, which also included a physical security component, to the 2015 University of South Carolina Proving Ground Competition, which identifies and accelerates innovative business concepts.

“We came in second place, which made me think that maybe this was a good idea,” Davis says. “My dissertation essentially became the basis for the patent and led to the creation of ASSET. We filed a provisional patent it in 2016, and the non-provisional was granted in 2020.”

Davis established ASSET after the Proving Ground Competition. He has received several grants and is currently utilizing $1.7 million from the National Institute of Aging for his research as part of the Small Business Technology Transfer program. Davis is currently in the second of the program’s three phases, where he is currently pushing his ideas to the commercialization phase. The research and development effort are in collaboration with Professor Stacy Fritz and Assistant Professor Stella Self from the University of South Carolina Arnold School of Public Health.

Davis’s research continues to focus on not only improving the detection of falls but predicting an oncoming fall. Since most falls are unreported, it is hard to determine those individuals at greatest risk. Prior research has shown that the best risk predictor is a history of falls, which includes non-injury falls, such as those when someone falls and immediately gets back up.

“The problem is that falls are only often reported when someone goes to the hospital,” Davis says. “We're using the vibration technology to locate and detect falls and are measuring gait in clinics using the same core technology, with the goal of predicting oncoming falls. It weaves everything together because several functions, such as motor coordination and balance, can be heavily affected with the onset of illness or disease, leading to an individual being at a higher risk for falls.”

Davis intends to identify early changes in gait, which could be used in conjunction with a history of falls to predict a higher fall risk more accurately. The information can be used to help someone prevent falls and hospitalizations. He also hopes to make a non-invasive home version of his technology by only using vibrations.

While Davis’s work currently focuses on health care, his goal is to grow ASSET into different specialties centered around intelligent infrastructure. He wants to focus on smart technology by using physics and sensing to convert buildings into a living and thinking infrastructure changing how the built environment interacts with occupants.

Though he did not anticipate to still be in the development phase six years after earning his Ph.D., Davis is confident that ASSET’s consistent growth and patience will pay off. It takes significant capital and time to grow a physics-related technology startup, and he appreciates the support and collaboration from UofSC that has propelled ASSET this far.

“There are a lot of 10-year overnight successes, and we're marching that way,” Davis says. “We currently have plenty of funding and are within sight of beta testing for commercialization. We're moving ahead today, and hopefully we’ll start selling products in the next few years.” 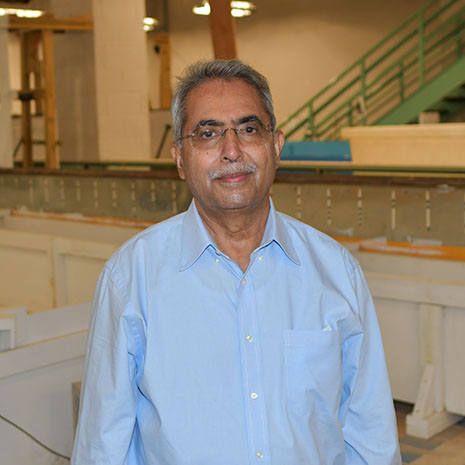 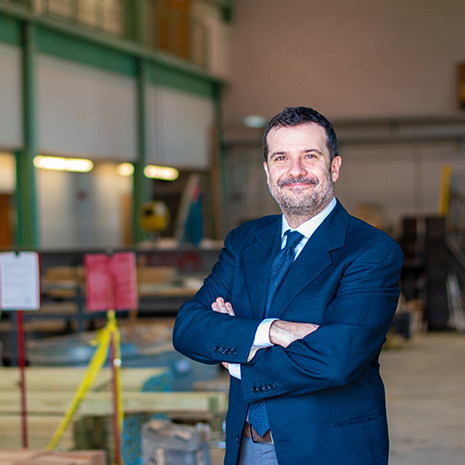 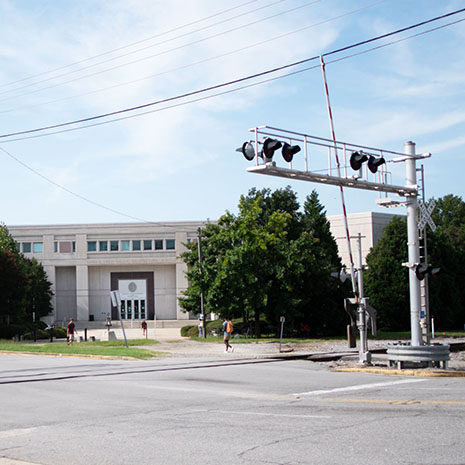 Blocked railroad crossings can affect the time it takes for ambulances to reach emergency situations or transporting individuals to hospitals. But Assistant Professor Yu Qian and his research team are currently developing software to help ambulances navigate around railroad and traffic blockages and avoid delays in response time. 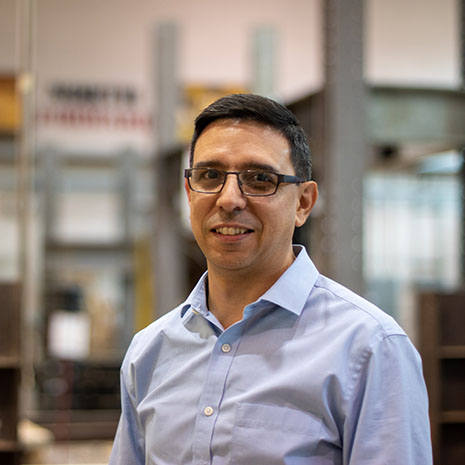