According to a new analysis by the University of South Carolina’s Social Media Insights Lab, Harris’ positive sentiment has been increasing steadily since July.  She also was the top influencer last month on social media conversations about the Democratic presidential hopefuls and she was the most tagged Democratic presidential candidates on Twitter in the state. Both of these trends follow discussions about her decision to pull out of the Columbia forum where President Trump received a criminal justice reform award.

“The female candidates remain the candidates to watch on social media. While September was a great month for Elizabeth Warren on social in South Carolina, in October we see that Kamala Harris has outperformed Warren in both share of voice and positive sentiment,” said Kaitlyn Park, Insights Lab manager.  “For now, Harris is almost tied with Bernie Sanders in these categories.”

Pete Buttigieg had the smallest share of voice, but those talking about him like him.  Buttigieg has led in positive sentiment since the Insights Lab started tracking the candidates last March.

“Joe Biden is being pulled down in South Carolina because of his association with Ukraine,” said Park.  “While Biden is still the top dog in name recognition, he continues to drop in positive sentiment.”

Since March, the lab has analyzed more than 380,000 posts about the leading Democratic candidates – nearly 78,000 of which were in October alone.

About the Insights Index
The lab assesses conversation volume and sentiment percentages for the leading Democratic candidates at the close of each month as part of its new Insights Index project. The lab also examines conversations for trends and patterns related to the candidates’ activities. 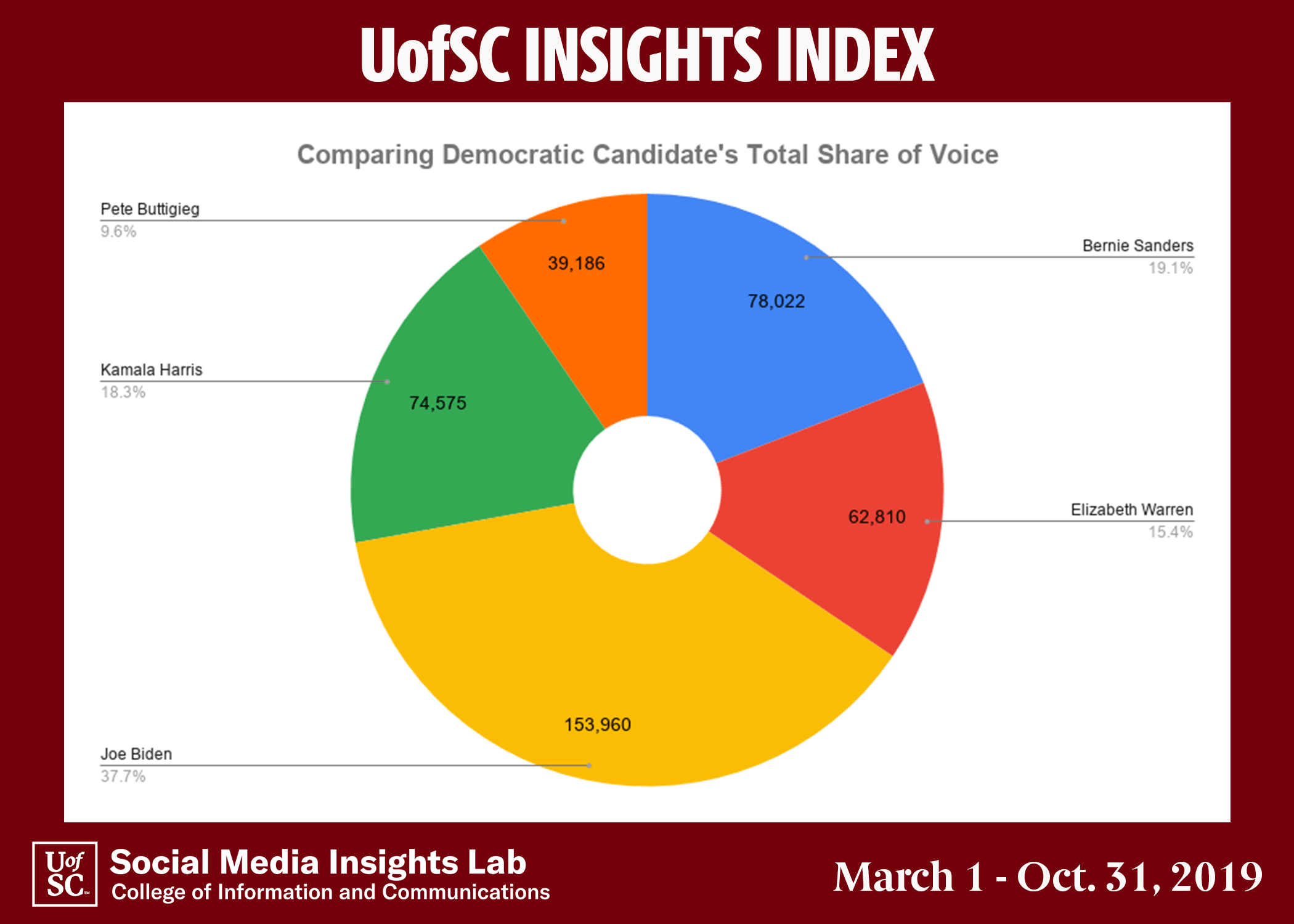