As the news director for RNE-TV, Malcolm Tyson spends a lot of time behind cameras and computers, planning and running a live news show. But it’s the human connections the Richland Northeast High School senior makes through broadcast journalism that matter to him most.

“The favorite part of my position is that I get to help people,” Tyson said. “If they need help on editing or scripts, I’m the person they look to.”

As the SCSPA student broadcast representative, Tyson enjoys having a say in what programming is provided for his peers.

“I like being able to plan something that student journalists like in the state of South Carolina,” Tyson said.

His experiences with SCSPA have been both fun and helpful.

“SCSPA has helped me improve as a journalist because I would attend sessions that would benefit me, and I would implement some of the ideas I learned in the sessions into my work,” Tyson said. “I’ve attended SCSPA spring sessions, and I would have to say my favorite is when I went to a Wave TV (Summerville High School) session and we did the head, shoulders, knees and toes dance.”

Tyson plans to attend the University of South Carolina as a broadcast journalism major. After graduation, he hopes to work for the SEC Network.

His advice to his fellow journalists is simple:

“Get involved,” Tyson said. “Get your name out there. It will pay off in the long run.” 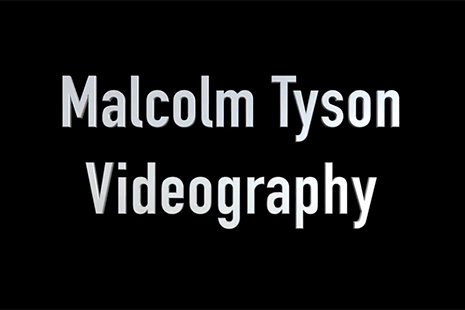 This summer, Malcolm attended the Baldwin Pre-Collegiate Fellowship at the University of South Carolina School of Journalism and Mass Communications. Find out what his team worked on and learn more about the workshop.