Amanda Loveday graduated from the School of Journalism and Mass Communications with a broadcast journalism degree in 2007. She's now a senior project manager at NP Strategy in Columbia.

Talk a little bit about your path since graduating from the University of South Carolina. Did you have a clear idea of what you wanted to do after graduation? How have your interests shifted over the past ten years?

Ten years!? Phew! I always knew what I wanted to be when I grew up. I wanted to be the next Katie Couric — and for those of you who are too young to know who that is, it’s the equivalent of Savannah Guthrie. My high school didn’t have a broadcast program at the time, so I spent my time on the newspaper staff. No matter the kind, journalism was always close to my heart.

When I went through USC, I was in the broadcast journalism program. I interned with South Carolina Educational Television, lived in New York City for a semester and worked at Dateline NBC. Working in television was always my No.1 goal. When I graduated, I went straight to work for SCETV as a reporter and producer for the newsmagazine program, at the time, “The Big Picture.” This program offered me outstanding exposure to journalism and experiences that a local news station wouldn’t have. I interviewed all 20 presidential candidates during the 2008 election; I traveled to Denver and covered then-Senator Barack Obama’s Democratic nomination speech; I served as the emcee for the Oprah Winfrey and Barack Obama rally at Williams-Brice Stadium and was able to produce pieces about traumatic brain injuries to the economic advantage of Hollywood filming movies in our state. I love being able to tell a story, and ETV allowed me to do that in such a special way.

I blame ETV for causing me to get out of journalism directly because it was covering the 2008 election that gave me the political bug I never knew I had. In 2010, I took a leap of faith and jumped into partisan politics. Like journalism before it, politics allowed me to tell a story, but in a much different way. However, my experience as a journalist gave me an incredible advantage as a political staffer. I had relationships with folks in the media; I knew what kinds of stories would be covered and how to get the attention of an assignment desk. I spent nearly six years running campaigns, serving as executive director of the South Carolina Democratic Party, traveling the country training and meeting with other democratic strategists, and ultimately became the communications director for one of the most powerful members of Congress, Jim Clyburn.

It wasn’t until early 2016 that I decided to leave the world of politics and go back to my communication roots to serve as a project manager for a strategic communications firm. This move gives me the best of all worlds. I get to stay involved in the political world because some of our clients need to develop a relationship with elected officials for one reason or another, and I’m back to working with journalists as they cover stories about many of my clients.

Though I’ve had somewhat of a pinball machine for a career the last ten years, I feel like my interests have rarely changed. Despite my love for politics, which was unknown before working for ETV, I have always wanted to tell a story and offer a perspective to an audience that may be outside their comfort zone.

What is your role at NP Strategy? What do you do there, on a daily basis? How much of a transition has it been from your previous several jobs, which were in politics?

At NP Strategy, I serve as a senior project manager. We are a strategic communications firm that focuses on a variety of clients with needs that range from true public relations assistance to stakeholder management. On a daily basis, I work on many projects, from writing press releases, doing research, meeting with clients, introducing clients to stakeholders and marketing the firm to garner new clients. Every day is different, which is what I love about the position, and I’m able to use a variety of different skills every single day.

Something that being a former journalist and now a former politics staffer taught me is that I hate to be bored. I really enjoy having different things to do every day and providing a service to different clients.

Every position I’ve had is a transition, even if it’s from one campaign to another, but the best thing about my career thus far is that every single day I’m able to learn something new, and I’ve never not used that skill later in my life. Journalism, politics and now public relations seem to be very different career paths on the surface, but when you dig deeper into the needs of those you serve in all the positions, they are very, very similar.

How did you get involved with SIPA? How did the program shape your interest in journalism and prepare you for your future career?

My involvement in SIPA started very early on in my years in scholastic journalism. I served as president of SCSPA and as vice president of SIPA. I loved both organizations and enjoyed everything I learned and everyone I met from them. I even found my junior year prom date from a rival newspaper staff in North Carolina! The organization taught me professional skills about being a journalist and introduced me to others like me who were interested in journalism and telling a story. More importantly, I met incredible people that, even to this day, I interact with in my career.

I’ll never forget the feeling of sharing ideas with my peers and developing a better product because of the open discussion we had during the SIPA sessions. And also how much better the competition made us. I didn’t realize until joining the organization that you could use competition and rivals to make yourself better. In high school, I always saw those things as negatives that we wanted to avoid, but SIPA made you realize that if you consider them a rival, it’s because they have something you envy, and if you take that emotion and find a way to build on their successes and advantages, it will only make you a better journalist and your newspaper a better product.

What are some of your favorite memories from SIPA events? What did you learn or experience from those conferences that still sticks with you today?

My favorite memories from SIPA are definitely the people I met. As I mentioned, my junior year prom date came from a friendship I made at SIPA, and I still run into people today that were a part of the organization when I was. I go back to what I said about competition in my previous answer as something that prepared me for my career and has had a lasting impression on me.  But more than anything, I was a better student and journalist because of SIPA. I learned about different skills and techniques to being a journalist and how to handle different and unique situations. It also taught me to think outside the box and understand that everything I’m doing may not be the right or even best way to accomplish something. It was great opportunity for me, as a young student, to get exposure to different schools, students and publications in order to benefit from their successes.

What advice do you have for scholastic journalists coming up through SIPA?

My advice for any journalist is to never give up, and work your butt off. Like politics, working in the journalism field is not easy. It takes a lot of time and energy to be successful and requires the best parts of you. It also requires you to be true to yourself and open your heart and mind to the reader, viewer or listener. I became a better journalist when I realized that when my heart wasn’t completely in a story, it was a detriment to the story. You need to be willing to put yourself out there in order to be a better journalist.

Also, all young journalists need to remember that nothing comes for free. I can’t tell you how many hours and days I spent working for free to just garner different experiences. I still do that to this day. I offer my services, free of charge, to organizations and institutions to help tell a story or teach a skill that will benefit students and young professionals that were once in my shoes. If you have a goal, do all you can to achieve it. Intern at a local newspaper. Volunteer for a political campaign. Shadow your favorite journalist for a day. All of these things can develop your skillset and grow your rolodex.

My favorite intern story was from my senior year of high school. I called WIS-TV and said I wanted to be a journalist and asked to shadow a TV reporter for a day. They were very nice and obliged my request and placed me with a young TV reporter. I showed up that morning and all day I traveled with the reporter and his cameraman to numerous stories while they interviewed, wrote and edited their stories for the evening news. The cameraman that I ended up spending almost 12 hours with that day, was Craig Melvin, the now Weekend Today Show anchor. So now Craig and I have laugh about our day together, and I always have someone to call when I visit New York City. You never know what the future will hold for anybody, but if you put yourself out there and gather as many experiences as possible, you are bound to succeed. 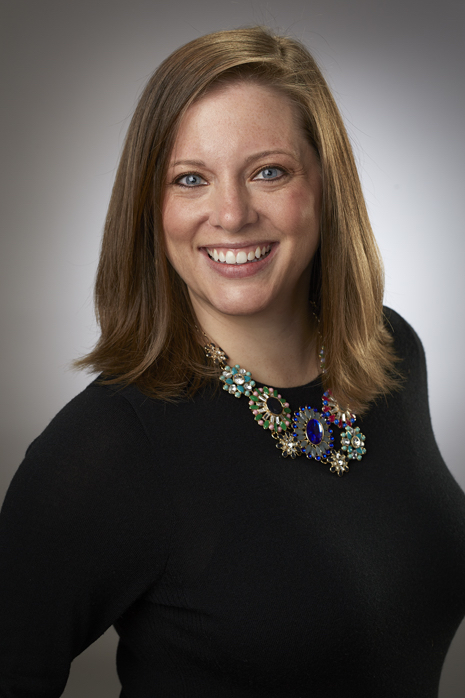 "Journalism, politics and now public relations seem to be very different career paths on the surface, but when you dig deeper into the needs of those you serve in all the positions, they are very, very similar."