Student officers are responsible for planning the convention theme, logo, student entertainment and shirt design at the fall Executive Board meeting in September.

What is your dream occupation?

What is your favorite song or artist of 2018?

What is your biggest pet peeve?

Who is your biggest role model and why?

Yasmin: I look up to Dr. Maya Angelou because she is a strong woman who was very articulate and plucky. I want to be as ingenious and relentless as she was.
Kelly: My biggest role model is my mom because she is strong, smart and loving.
Greyson: My biggest role model is Emma Gonzalez because she picked herself up from a time of trauma to make an impact on the world. Her speeches have brought me to tears and her courage inspires me to make a change every day.

Who is your favorite YouTuber?

What is your favorite mythical creature? 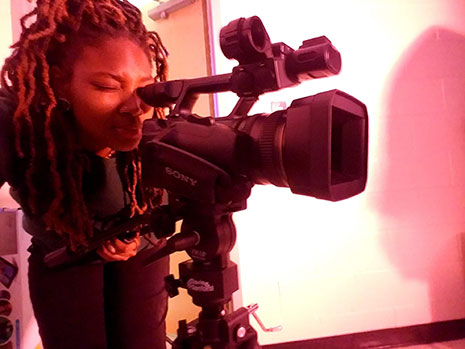 Check out some of Yasmin's work. Yasmin is your student president and a broadcast student at Richland Northeast HS in Columbia, S.C.