The Prosper High School (Texas) students will be joined by their former adviser and former SIPA chair Lori Oglesbee-Petter, who will teach yearbook sessions during the convention. All three will be honored with the Joseph Shoquist Freedom of the Press Award at the Saturday night awards banquet.

While censorship is a common fear in student media, Eagle Nation Online experienced it first-hand. Last school year, two editorials and an article were suddenly ordered to be removed from the website by their principal and Oglesbee-Petter’s, a nationally-acclaimed newspaper and yearbook adviser, contract was not renewed by the school’s administration.

The administration claimed the information in the article was not uplifting or accurate in the articles, while the publication stood by its reporting. After the school’s administration told Madhira they could not publish editorials anymore, she drafted a press release in which she stated, “we are not just public relations for the school.”

Since last school year, Oglesbee-Petter decided to retire after 35 years of advising and Madhira and Stack have been sharing their story with numerous outlets. All three have been recognized for their advocacy and work with First Amendment rights for student publications.

“Haley and Neha are helping lead the charge for New Voices in Texas, which could have far reaching impact on all the publication programs in the state,” Mark Murray, Association of Texas Photography Instructors director, said. “The stature and recognition that they are able to bring to the conversation is invaluable to the debate happening in the state legislature.”

But the students would not have been able to get to where they are without having a strong foundational knowledge of journalism standards, history and laws.

“All of this can be traced back to Lori's work with the staff at Prosper in teaching what the First Amendment really means,” Murray said. “The students have learned from her the importance of student voices and standing up for your rights.” 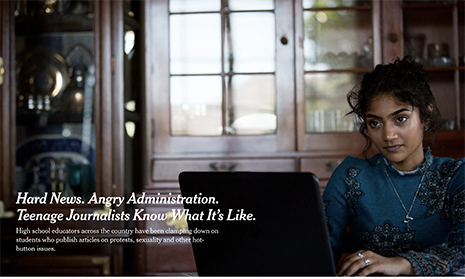 Student journalists in the news 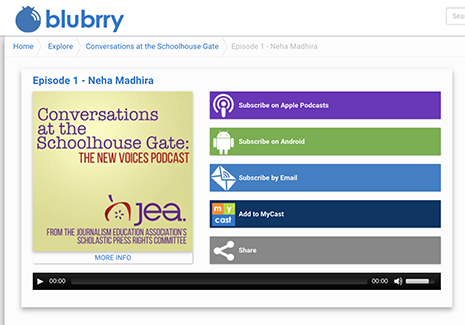 Conversations at the Schoolhouse Gate 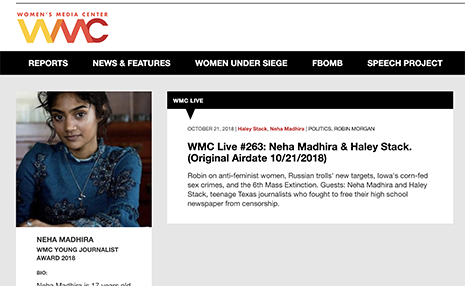