Amanda Heckert of Garden & Gun will be the keynote speech at the 2020 SIPA Convention March 6-8 in Columbia, SC. Heckert is the deputy editor at Garden & Gun magazine and editor of the magazine’s latest book, Southern Women.

Launched in 2007, Garden & Gun is a lifestyle magazine that "covers the best of the South, including the sporting culture, the food, the music, the art, the literature, the people and their ideas," according to its website. In its 12 years, Garden & Gun has won numerous awards for journalism and has more than one million readers.

"Amanda’s work with Garden & Gun and recent book, Southern Women, is a wonderful example of finding stories in your region and uniquely telling them,” Leslie Dennis, Director of Scholastic Media Organizations, said.

“Southern Women features the voices and stories of [a variety of women] to offer a dynamic portrait of who the Southern woman is now,” according to the Garden & Gun website.

It was a “dream come true” for Heckert, a University of South Carolina alumna, when the editor of Garden & Gun asked her to edit Southern Women.

“I’d always wanted to edit a book, and to get to do so with a topic so close to my heart has been gratifying,” she told the Southern blog, ‘Love, Reese.’

According to Dennis, Heckert’s work aligns with this year's convention theme, "Make Them Listen," by making sure people and stories that are not often told have a presence in storytelling.

"The stories in Southern Women showcase underrepresented voices and the diversity of women in the South," Dennis said. "When the student officers developed the idea of this year’s them, 'Make Them Listen,' one of the focuses was amplifying voices that do not typically have an outlet. Her dedication to finding stories within the Southern region and voicing those who have been underrepresented fits perfectly in that theme."

Heckert's keynote will be at 9 a.m. on Saturday, March 7. You can register for the convention online now. 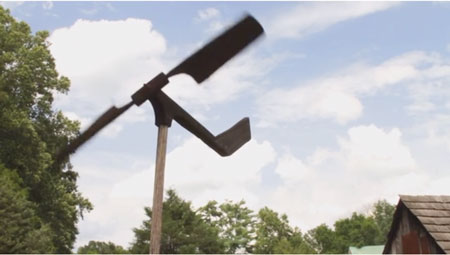 Watch this short film created specifically for Southern Women. It includes stories from women included in the book and beyond.