Shayla Merritt can’t remember a time her family wasn’t encouraging her to “pay it forward.” While it may not have been a concept she understood as a child, paying it forward has now become a central part of Merritt’s life, whether that means her gifts to the University of South Carolina’s College of Information and Communications or through her volunteer work for local nonprofits.

Merritt’s experience is one of many inspiring stories of alumni who give. She is joined by alumni Jim Hoagland and Bob Noe, who also share their reasons for supporting the CIC.

Jim Hoagland gives out of a tremendous sense of respect to those in South Carolina who have supported him.

“I hope it’s a way to pay tribute to, to respect and to honor those who have contributed to my career,” Hoagland said. “Whether it be the editors of The Rock Hill Evening Herald, The State or The Record — an afternoon newspaper in Columbia in those days.”

Jim Hoagland was born in Rock Hill, South Carolina. “I discovered the Rock Hill Public Library, and I realized that books, newspapers and magazines were a passport to another world,” Hoagland said.

Hoagland feels that this continued desire for learning is what led him to journalism. He graduated from the university in 1961 with a bachelor’s in journalism. Hoagland is a two-time Pulitzer Prize-winner, receiving this prestigious honor first in 1971 for his work on a 10- part series about South Africa and again in 1991 for his columns concerning events leading up to the Gulf War and turmoil in the Soviet Union. Hoagland retired from The Washington Post in 2006 but still continues to write columns from time to time.

Bob Noe’s gifts to the School of Library and Information Science come from a strong desire to support future librarians, a field he feels will always flourish in spite of the digital age. “I give because I think there’s still a huge place in the world for good librarians, whether it be special librarians, like I used to be, or school or academic librarians,” Noe said. “People think they
can just go to the internet for everything now, but who’s going to tell them if what they read on the internet is true? That’s the job of a good librarian.”

Noe was born in Newport News, Virginia. After earning a bachelor’s degree from East Carolina University, he went on to earn a Master of Education, ‘76, and a Master of Librarianship, ‘77, from South Carolina.

Noe’s work is primarily in the health care industry, though education has been an important part of all of the work he does. His most recent job was with SCETV, from which he recently retired.

Shayla Merritt’s decision to establish a scholarship for South Carolina undergraduates comes from a deep-rooted love of family and a desire to honor a lesson she was taught by three of the toughest women she knows — her mother, Louisa Frazier-Merritt, grandmother, Mary Frazier and aunt, Louise Ferguson. The lesson? “Pay it forward.”

Merritt established the Frazier-Merritt Family Scholarship Fund, which she hopes will be an endowed scholarship by this time next year. The scholarship is typically awarded to women of color who are passionate about both communications and STEM fields.

“I remember I was leaving Atlanta to go back to a job in New York, and my Aunt Louise said to me ‘Shayla, whatever you do, pay it forward,’” said Merritt, her voice heavy with nostalgia. “That was the moment I knew I wanted to establish a scholarship.”

Originally a native of Buffalo, New York, Merritt can’t remember a time growing up when her family wasn’t performing acts of kindness for strangers. She once witnessed her mother pay a speeding ticket for a stranger who was short of funds, and Merritt reflects that this was just the sort of thing her mother did. She graduated from Syracuse University with a Bachelor of Science in public affairs and a Bachelor of Arts in mathematics and education. She then received a Master of Mass Communication degree from South Carolina. She now works as the associate marketing and communications manager for Stevens and Wilkinson, an architecture, engineering and interior design firm with offices in Columbia.

Every donor has a story that inspires them to give back. Discover ways to support the CIC» 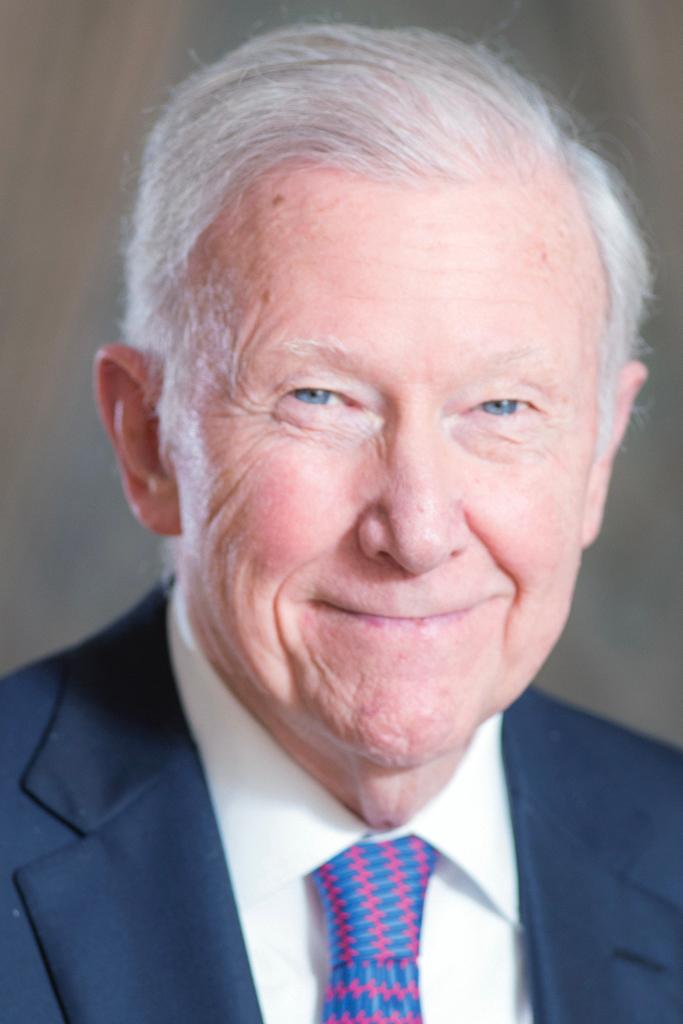