News and notes from the College of Information and Communications 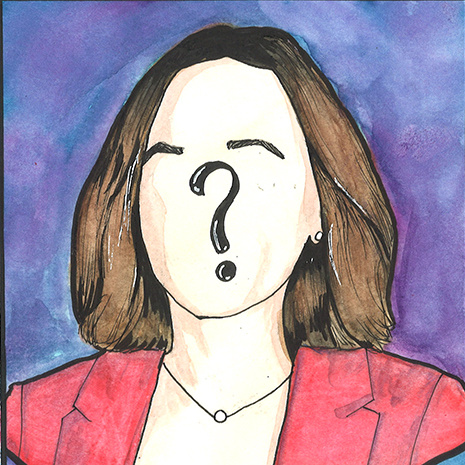 Designed to be user-friendly, the program will supplement conventional methods of fact-checking. Users will paste the URL to videos they suspect are fake into the cloud-based tool. The videos will be run against multiple data sets — and analyzed with a variety of technical methods — to give users a score of the likelihood the video is fake.

The research team recently received a two-year grant from the Knight Foundation to grow a community of journalists and fund technical efforts.

Hickerson hopes that the University of South Carolina will become synonymous with debunking deepfakes.

“I want us to be the place where when people talk about deepfakes and journalism, they think about us," she said. 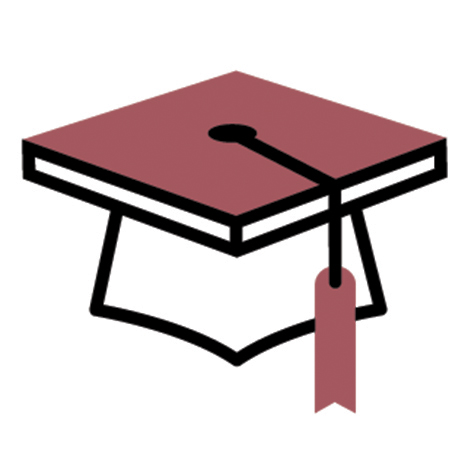 The J-school’s Master of Mass Communication is the perfect program for aspiring leaders. Or at least that’s how Mary Anne Fitzpatrick, the school’s director of graduate studies, describes the degree, which was recently expanded to an online format.

“One of the ways you have to think about careers is that you begin and make your way by demonstrating skills at a high level of proficiency,” she says. “Talented people are expected to move into management, which requires
a different set of skills and approaches. The professional degree is really designed for students to keep increasing their skills at a high level.”

The MMC is a 36-credit, two-year program that offers focuses in multimedia journalism and strategic communication. In addition to building students’ communication, research, analytical, budgeting and creative skills, it also gives students the chance to understand management and grow as leaders.

Fitzpatrick notes that SJMC faculty have become very conversant in online education, and the professional world has seen that a lot can be done virtually. Now, students do not need to quit their jobs and relocate to South Carolina to take advantage of the program.

The SJMC is the only school in the Palmetto State offering a professional master’s degree of this kind. 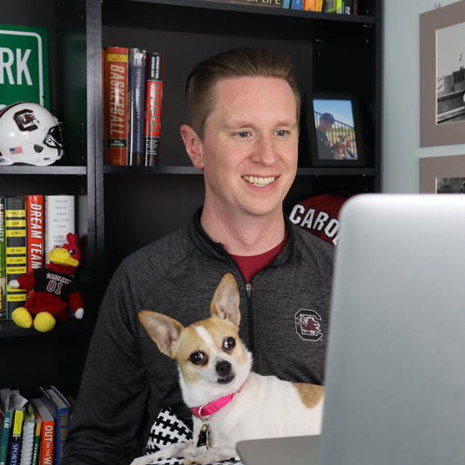 A new breed of teaching assistants

SJMC associate professor Kevin Hull has found ways to keep his classes interesting for students with the help of his dog, Zoey.

Zoey began assisting Hull in teaching photography lessons by allowing him to photograph her as examples for his students. When COVID-19 put everything on lockdown, Zoey didn’t let that stop her from keeping their attention.

“The last thing that was fresh in those students’ minds was Zoey,” Hull says. “When we went online, I sent this questionnaire to the students and asked, ‘What kind of questions do you have?’ and several people asked, ‘How is Zoey?”’

There’s no doubt that Zoey has left her mark on Hull’s students, especially after helping them learn certain techniques. “There’s a whole six years of journalism students at the university who learned how to frame a picture through Zoey,” he said.

The pandemic has dampened some spirits, but Hull and Zoey won’t let that happen to any of their students. “It’s been a challenge for sure, a big adjustment for everybody,” Hull says. “Having her there helps relax everybody a little bit.” 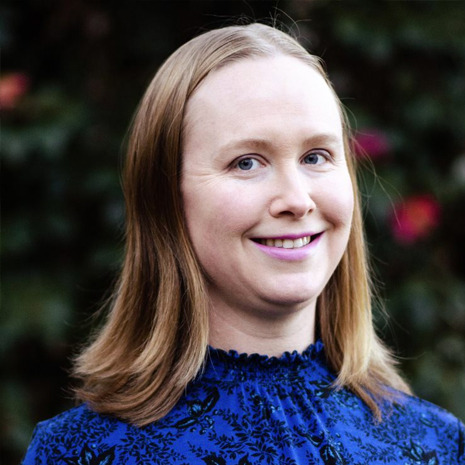 What do insects and libraries have in common? Most people would say nothing, but Karen Burton sees it differently.

Burton is completing her Master of Library and Information Science in the School of Information Science, but her background may surprise you. Her undergraduate degree is in entomology — the study of insects. She discovered something she loved in the overlap of libraries and insects — databases and metadata.

This career change is new for Burton and comes after years of working in entomology. She worked with beetles raised to prey on an invasive species from Asia after graduating from Clemson in 2003. A day in the life “basically consisted of going into work and counting the number of beetles in a jar,” she says. “It was very labor intensive.”

The flexibility of the iSchool’s MLIS program has allowed her to balance her home life, schoolwork and an internship — all while exploring topics she likes.

“I love the ability to customize my program to my interests,” she says.

iSchool graduate students can now take their education to another level thanks to the school’s new certificate in equity, diversity and inclusion.

“With our world changing so often and so rapidly, we need to be ready and equipped to work with and advocate for highly pluralistic populations and communities,” says Nicole Cooke, the school’s Augusta Baker Chair. “This certificate will get current students and practicing professionals ready for this exciting work. And the courses will help students develop a deep and practical understanding of diversity, inclusion and social justice that will compliment and strengthen any disciplinary experience.”

Electives count toward the 12-hour certificate, meaning students can earn it without spending extra time in the program. Courses include Diversity in Libraries, Social Justice Storytelling and Advocacy, Critical Cultural Information Studies and Materials and Services for Latino Youth.

The school’s goal is for students to enter the workforce prepared to advocate for change and equitably support the diverse communities their libraries or organizations serve. 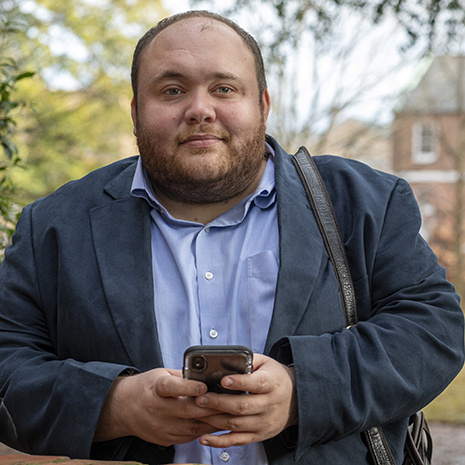 Josh Dawsey is usually the one writing headlines — but in November of 2019, he made them when President Trump called him a “lowlife reporter”
on Twitter. Though still writing about politics for The Washington Post, he is no longer covering the White House.

In his new role as a political investigations reporter, Dawsey will focus on the future of the Republican Party and other long-form projects. The 2012 SJMC graduate has been writing for the Post since 2017.

Dawsey describes covering the Trump White House as “one of the most high-octane, high-pressure news beats one could ever imagine.” There has been no shortage of excitement during Dawsey’s time with the Post — flights aboard Air Force One and personal shoutouts in President Trump’s colorful tweets are just another day in the office.

His favorite part of the job? The people. “I work with some of the most talented, enterprising, decent colleagues you could ever ask for,” Dawsey says. “It’s hard to overstate how much I both personally like and professionally respect my colleagues.”

The two-time recipient of the White House Correspondents Award for Deadline Reporting has also written for Politico and The Wall Street Journal. But his earliest writing gigs were right here in the Palmetto State.

Hailing from the rural town of Aynor, South Carolina, Dawsey’s early mentors played a major role in his success. “I am very grateful to a number of editors and professors for being so helpful to propelling my career,” he says. 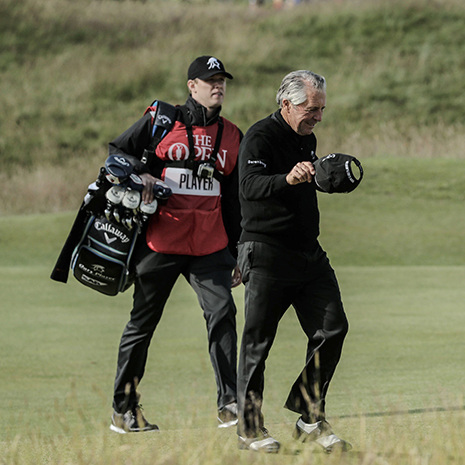 Bo Wood, ’12, found himself inside the ropes at the 2015 Masters Tournament — but not as a golfer.

Right out of school, the public relations major and a couple friends created Good Ole Boys Apparel, a clothing company targeting golfers. In 2015, Wood got the chance to work as a media manager for golfer Gary Player — “The Black Knight” and member of the Big Three along with Arnold Palmer and Jack Nicklaus. “The entrepreneur route that I took with Good Ole Boys Apparel really resonated with the company, and so I was hired,” Wood said.

From coordinating Player’s interviews to running the media content for charity events, Wood found himself in the champion’s locker room at the Masters Tournament and even ended up caddying for Player at the Old Course at St Andrews in Scotland.

Wood is a risk-taker and wanted to make the most of this once-in-a-lifetime experience. In all, he traveled to 15 countries with Player for various golf and charity events. The 2015 Masters was one of his favorite trips. There, he captured not one but two holes-in-one. “There are really two things you can take with you from a job — the experiences you make and the connections,” he said. “It was quite the run — something I will remember fondly for the rest of my life.”

Diving into a summer of digital media

College students from all over dove deep into an immersive digital media experience this summer through the Media Innovation Academy and Digital Media Academy. These programs were possible through a partnership between the CIC and creative industry leader Adobe. The academies gave students access to Adobe professionals and tools, helping them gain the hands-on experience and skills top employers seek.

At MIA, students worked side by side with representatives from Twitter, Getty Images and others. “It’s communication but focused on the delivery of content in the latest and most innovative ways,” says program organizer and instructor Nina Brook. “It’s a skill-building experience where people will gain some competencies they didn’t have — some tools they didn’t have in their toolkit.” Course offerings included multimedia sports storytelling, drone photography and social media analytics.

DMA, which is open to underrepresented students, focused on the integration of pictures, graphics, videos and text to tell stories in innovative ways. “We are a university that places a priority on diversity,” says Randy Covington, director of special projects at the CIC. “The idea is to give good students coming from schools that don’t have the resources that we have at a major university a boost up in their career.”

Each year, employers travel from all over the country to meet promising undergraduate students at the CIC’s career fair. But one traditional component was mission from this year’s event — handshakes. That’s because safety was the college’s main priority. Career services manager Shirisha Mudunuri worked diligently to adapt to COVID-19 while providing students and businesses the best opportunities.

Nearly 40 employers attended the virtual event, which was sponsored by Nebo, a marketing agency in Atlanta. Though unconventional, virtual career fairs are cost-effective, accessible and convenient.

Any job search during a pandemic comes with challenges. Mudunuri’s advice? Be flexible. “It’s not abandoning but putting some of those bigger dreams on pause just for a little while and thinking of doing a job that you didn’t fully imagine just because of the state of the world,” she said.

In addition to organizing this year’s virtual career fair, Mudunuri and her colleagues also organized virtual seminars, reviewed resumes and provided students with internship programs within the university.

Each March, high school journalism students spend a weekend at the downtown Columbia Marriott for the Southern Interscholastic Press Association convention. They go to classes, participate in on-site competitions, receive awards and critiques for their publications, and meet other student journalists. This year’s event took place from their own homes.

SIPA is a scholastic media organization within the School of Journalism and Mass Communications. Many SJMC students and graduates have participated in SIPA programming, including Leslie Dennis.

Dennis, director of Scholastic Media Organizations at the J-school, knew she had to rethink this year’s convention because of the pandemic.

“We decided to do a virtual convention so that we could still educate students and hopefully have as much fun as we normally do,” Dennis said.

The benefit of having a virtual convention? The content produced will remain on the SIPA website for a year.

“Teachers can use the lessons and the sessions in their classroom next fall,” Dennis said. “When they’ve got new kids coming in, they can use the intro to writing sessions or the yearbook sessions that normally wouldn’t really apply in the spring.”

The convention’s virtual format made it possible to bring in high-profile speakers, including NBC and MSNBC anchor Craig Melvin, and senior economics correspondent Neil Irwin from the New York Times.

Dennis was a SIPA student herself and knows the impact it has on young journalists.

“I’ve seen all types of students come from the program and find success,” Dennis said. “We have people who work in all variety of positions, whether it’s in broadcasting, public relations or advertising — it’s just interesting to see where the students have gone.”