Cancer. It’s a scary six-letter diagnosis people hope to avoid. Unfortunately, David Lankes, the director of the School of Information Science, received his second blood cancer diagnosis in 2017. He temporarily stepped down as director and received a stem cell transplant from his son.

After two years, Lankes is in remission, back on campus and eager to continue his work.

“Cancer is going to shape my life forever, whether I have it or don’t,” Lankes says. “I chose to learn from it — to use it to figure out what I want to be and where I want to go.”

Support from the university’s community was a bright spot for Lankes during treatments. Faculty members brought meals to his family, found possible donors and promoted stem cell matches through “Be the Match.”

“The faculty allowed me to focus on what it would take to recover,” Lankes said.

Bustling to the top

In February, Gamecock alumnus Jason Wagenheim became Bustle Digital Group’s first president and chief revenue officer. Wagenheim graduated from the J-school in 1995 and received his master’s degree the following year. During his time at South Carolina, he was editor of The Daily Gamecock as well as Garnet & Black magazine, which he founded in 1994. “I’m very grateful for the time I spent at South Carolina,” Wagenheim said. “The combination of student media, a great academic environment and my professors unquestionably set me up for the success and the career that I’ve had in the past 25 years.”

Wagenheim oversees the business revenue side of BDG including W magazine, Nylon and Elite Daily. As the company’s first president and chief revenue officer, his focus is driving revenue from advertisers into their various websites. “Today we are a $100 million company, whereas we were a $25 million company when I started four years ago,” he said.

Bustle, headquartered in New York City, reaches about 60 million people a month through its websites. Wagenheim believes the company’s success is due in large part to its efforts to broadcast all voices.

“I am not just teaching cryptocurrency,” Jones said. “I am teaching this generation not only about the new internet but the technology that’s going to be the basis of all functionality online. I’m teaching history, economics, how our government is structured, what is money and what’s the value of it.”

He explained that understanding how to use technologies like blockchain gives young professionals increased value to future employers and the tools needed to create their own business startups.

“We have to know our history as a nation — or a world — and we have to understand what value is,” Jones said.

It’s Thursday night in Washington D.C., and 12 students from across the country anxiously wait to hear if they’ve been named Washington Media Scholars. The annual contest is made possible by Robin Roberts, who created the nonprofit foundation in 2009 to provide career opportunities and scholarships to high-achieving students.

Roberts, ’76, discovered advertising his sophomore year. He began what would become his life’s work in reputation management, paired with investing in students with the same academic interest. Today, he serves as president of the Alumni Association’s Board of Governors. While working with the board for the past eight years, his foundation has raised more than $2 million to fund scholarships for 650 students — many from the SJMC.

“Somebody a long time ago helped me — not from a scholarship standpoint but by being a mentor,” Roberts says. “I think we have an obligation and responsibility to give back where we can.”

Alex Grant, ’16, is the perfect example of a South Carolina graduate who climbed his way to the top.

Grant majored in broadcast journalism and was involved in Carolina News, Gamecock Productions and the Association of Black Journalists. He had the opportunity to intern for ESPN in 2015, which he says catapulted his career.

“You never know what kind of opportunities may be out there for you until you start seeking them,” Grant says. “Nothing will happen if you don’t shoot your shot.”

After graduation, he became a post-graduate athletics intern, which led to a full-time producer position with Gamecock Athletics.

Now, the accomplished J-school alumnus has left his alma mater to tackle a new challenge — creative director for the University of Maryland’s football program.

“It’s a new challenge and a new opportunity, but it’s something I’ve wanted to do for a while,” he says.

At Maryland, Grant works solely for the university’s football team. He assists with graphics, photography, social media, recruitment and more.

J-school alumnus Larry Thomas, ’83, joined the University of South Carolina as vice president of communications and public affairs in May. He was ecstatic when asked to join the Gamecock family. “It was a dream come true,” he says.

Thomas earned his master’s in public affairs at Valdosta State University while serving in the U.S. Navy. During his time there, he used his skills in communication, which are key in commanding a ship.

As a first-generation college student, Thomas strives to be a role model in education. He is an avid supporter of Cocky’s Reading Express, the university’s childhood literacy initiative, and continues to promote education by donating scholarships endowed in his parents’ names.

Coming back to South Carolina reminds Thomas of his experiences as a Gamecock — especially his favorite places as a student.

“Preston Hall, where I lived freshman year, brought back great memories of my roommates and a one-of-a-kind football experience,” he says.

His advice for current students? “Don’t forget to pursue your dreams, and I encourage Gamecocks to never settle. "

A lot of things have changed this year, but one thing that Gamecock fans can still count on is Cocky’s Reading Express — or a virtual version, anyway.

Cocky’s Reading Express is the University of South Carolina’s literacy outreach program that primarily serves pre-K through second-grade students. Students across the state have seen a change in their daily school routines due to COVID-19, and the Cocky’s Reading Express team wanted to give them something to look forward to. They created a virtual read-along series featuring “celebrity” readers sharing their favorite books on YouTube. Readers have included SJMC alumna Leeza Gibbons and former CIC dean Charles Bierbauer. The videos also feature a surprise appearance from Cocky.

“Parents, who are doing duty as teachers during the pandemic, need to find new educational outlets and new messengers to communicate with their children,” said Gibbons, a former Entertainment Tonight co-host. “Cocky’s Reading Express delivers that. The variety comes through the readers and Cocky provides the safety and security of a friend.”

The CRE team hopes the videos provide parents and other viewers with a fun way to keep children reading at a time when it matters most.

“I believe in the power of reading and I believe in supporting my alma mater,” Gibbons said. “This was a great opportunity to combine both! Besides, it was great fun!”

What do Darius Rucker, Dawn Staley and Dabo Swinney have in common? All three encouraged census participation in a video created by SJMC students. They weren’t the only famous South Carolinians to participate — from Sen. Lindsey Graham to singer Edwin McCain, The Carolina Agency’s #CountMeIn campaign featured public figures from all walks of life.

TCA is a student-run agency that works alongside industry experts to solve clients’ communication challenges. When Lt. Gov. Pamela Evette tasked the group with increasing South Carolinians’ census responses, student account manager Jonathan Corchado originally planned to hold events to display what the census does for South Carolina. However, their whole plan changed with COVID-19. “This project was no longer just about the census,” Corchado said. “It was about sending the message that the census directly affects things like unemployment services, health care, schools, roads and much more.” Corchado and his team then reached out to South Carolina celebrities for help.

“Without TCA and their network, we wouldn’t have been able to pull this off,” Corchado said. “The J-school prepares its students to produce fully integrated campaigns by having such amazing talent throughout the school.” 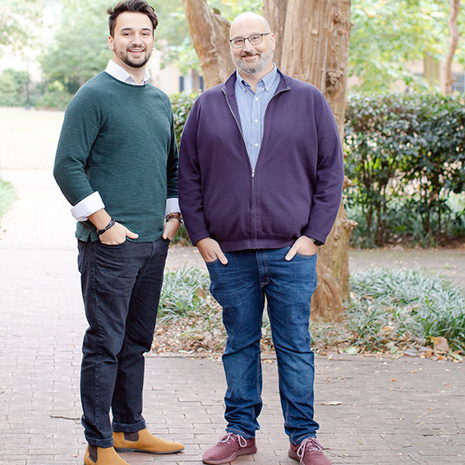 David Lankes, director of the School of Information Sciene received a stem cell transplant from his son.

After two years, he is in remission, back on campus and eager to continue his work. 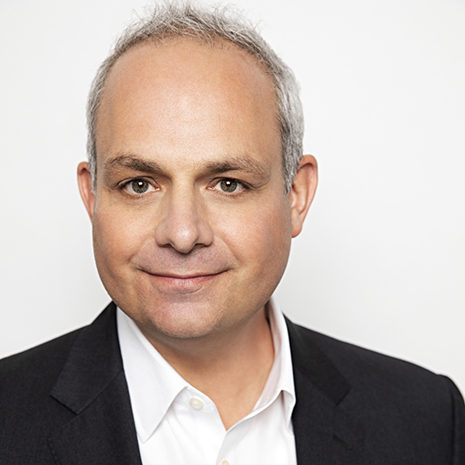 Bustling to the top